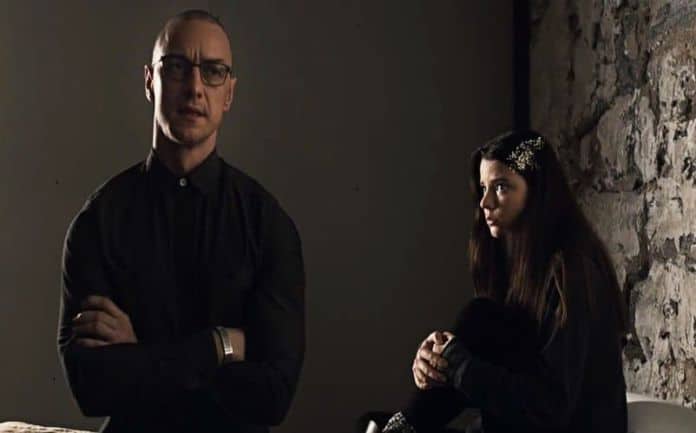 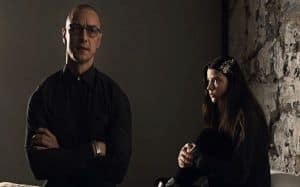 Split has always been an odd movie as the premise itself sounds genuinely interesting and unique, however, there is always that looming shadow of M. Night Shyamalan that has weighed down expectations. Even with his last film, The Visit, being quite an enjoyable movie it was hardly enough to make up for all of the poor movies that have been released under his watch. Thankfully, Split is another step in the right direction for this once-acclaimed director as it delivers on almost every front.

The story follows three girls who are kidnapped after a birthday party by a strange man named Kevin (James McAvoy) whose intentions are unknown. Soon after it’s discovered by the three young women that this man suffers from multiple personality disorder. This then creates a cat and mouse game where they try and escape via interacting and deducing what are the motives and exploitations of each of the 23 different personalities. However, their time is severely limited as one of the personalities, Dennis, explains that they are going to be used as sacrificial food for a yet to be released 24th personality called The Beast.

Split has a lot of plates to spin at one time as a variety of the personalities are more fleshed out than you might expect. Not every single one gets its time to shine, yet what ones do are written wonderfully and thankfully don’t devolve into simple one-note caricatures. There’s a surprising amount of depth to each character and at times they can be genuinely unsettling. This is especially notable near the latter half of the film when Shyamalan does a great good at keeping us guessing as to who’s in control.

Yet, all of this rests on the performance of McAvoy, who could have easily caused this entire film to buckle under this tremendous weight. However, McAvoy delivers an almost Oscar worthy performance as each personality is infused with life and it becomes utterly captivating to watch unfold. Each person has their own ticks and quirks that are subtly worked into his performance that rewards eagle-eyed viewers for paying close attention. While we mostly spend time with three core personalities, it’s the very young Hedwig that’s both endearing and tragic. There’s something rather somber about seeing a child like mentality come out of a grown man, which McAvoy nails perfectly. Hedwig could have easily been reduced to comic relief, but there is much more to him than that. 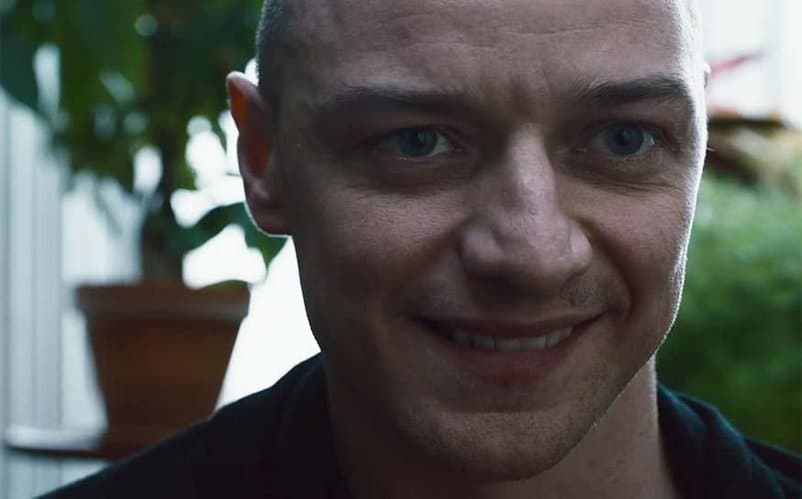 I should mention that Split does go off the rails a bit near the end as the big twist is unveiled to the audience. It’s an odd choice that I still cannot discern if it truly works in the context with the rest of the film or not. The only real issue with Split’s main antagonist is that it effectively minimizes what someone actually suffering from multiple personality disorder goes through. Yet, this is understandable given someone with this metal problem is perfect for a horror villain. There could also be a complaint lodged at the fact that not all of the 23 personalities get a chance to really appear, however choosing to hone in on a select few makes the overall narrative far easier to follow.

As for our protagonists, they are rather hit or miss with our lead Casey (Anya Tylor-Joy) delivering a solid performance that’s weighed down by the two other girls that get kidnapped. Her friends really don’t offer much to the plot beyond being more victims that will or will not die over the course of the film. They serve no real purpose to the overall story outside of reminding us time and time again how “different” and “weird” Casey is. It’s frustrating and almost makes one wish they were removed entirely so we could focus more on Casey’s relationship with the villain.

However, Taylor-Joy does a great job with the material she is given, as her chemistry with the various people living inside one person’s head is intriguing.  Yet, the same cannot be said for her friends as they really have no emotional interactions that are truly relevant and most of the time it’s simply used to dump exposition onto the audience. There’s a backstory regarding Casey and members of her family but it just feels weird and out of place. This also breaks the claustrophobic environment that is hauntingly established through the cinematography. While it’s nice to get some history for the character it really feels shoehorned in and would have worked better if it was left up to the audience’s own choices.

Perhaps that’s the biggest problem with Split is the film holds the audience’s hand too much when it comes to explaining the ins and outs of what’s happening. Supporting characters seem to only exisit in order to either explain something that would probably be left unsaid or to simply rearfim the viewer’s understanding of how dangerous the situation is. This drops off during the second half of the film, but it can make the first portation rather annoying when the movie stops to explain something you figured out already.

Yet, Split is a surprisingly solid thriller/horror that delivers some truly tense moments and doesn’t rely on cheap jump scares to get the audience. There’s a wonderful amount of character building put into our villain and seeing the various personalities come and go is handled nicely. While the movie does go off the rails, including a rather cheer-worthy final scene, Split is another solid entry from Shyamalan that surpasses expectations. Which is something we never expected to say again about an M. Night Shyamalan movie.