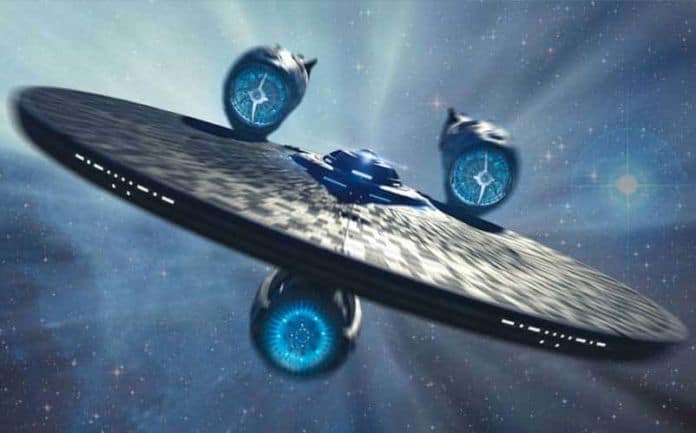 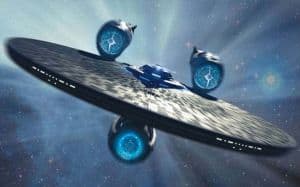 The Star Trek reboot series has had a rather rocky start as the past two movies have ranged between just okay and just plain bad. However, with a new director, screenplay writer, and direction this may be the best Star Trek movie in recent memory. Now that’s not to say there aren’t some issues, but on the whole Star Trek Beyond is the best summer blockbuster so far.

One of the biggest problems that both the last two movies faced is they didn’t feel like truly unique adventures or interesting adventures. The first one was just an origin story that felt like it was trying too hard in convincing us of its own existence and the second one was a dismal and boring affair that was riding on sheer nostalgia alone. Yet, Star Trek Beyond clearly understands that exploration and wacky adventures are what make it such an enjoyable experience. This is not the dismal, post-Batman Beyond gritty affair that seems to suck all the joy out of the room, but a vibrant, light-hearted story.

This plays to much of the plot’s strengths, which sees Captain Kirk (Chris Pine) and his crew investigating a stranded vessel on an abandoned planet. One thing leads to another and we learn that an alien race, lead by Idris Elba’s Krall, has been marooning ships in search of an all-powerful artifact that Kirk just so happens to possess aboard the Enterprise. Their ship gets destroyed in a battle with Krall and now various crew members are marooned on the planet in different locations. 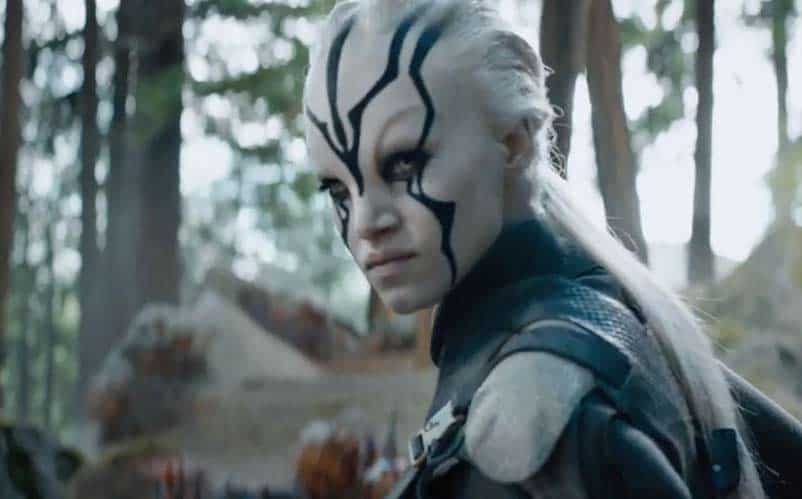 Star Trek Beyond has a straight forward plot that is clearly hammering away at the message of unity, but it does a serviceable job of not making Kirk the sole focus. While this was a major problem in the past two, Beyond corrects this by letting us have ample time with various crew members. Each one gets their own mini sub-plot and it all helps Beyond feel more organic in terms of its pacing and structure. Though this does force the story to jump around a lot of the time and the changes can

Though this does force the story to jump around a lot of the time and the changes can sometimes be jarring. While it’s nice we get to spend time with the crew, the rather short runtime for this movie does compromise the overall story being told here. It’s not that the story itself is bad, but Beyond doesn’t have enough time to readily explain all of the details. We never really learn what this artifact can do beyond incredibly basic concepts, which can leave viewers a bit lost at times.

We see this also take a toll on the villains, as they just feel underwhelming in general. Krall is a compelling villain, but we really don’t learn his motivations until the last ten or so minutes of the movie. While this is welcomed, it does feel a bit too late and meant only to serve as a big “twist” moment to try and catch audiences off guard. Until this scene actually takes place, Krall and the majority of his henchmen just seem like A-typical bad guys that are evil for the sake of evil. Even after the credits roll, the exploration of this character still feels lacking in a variety of areas. 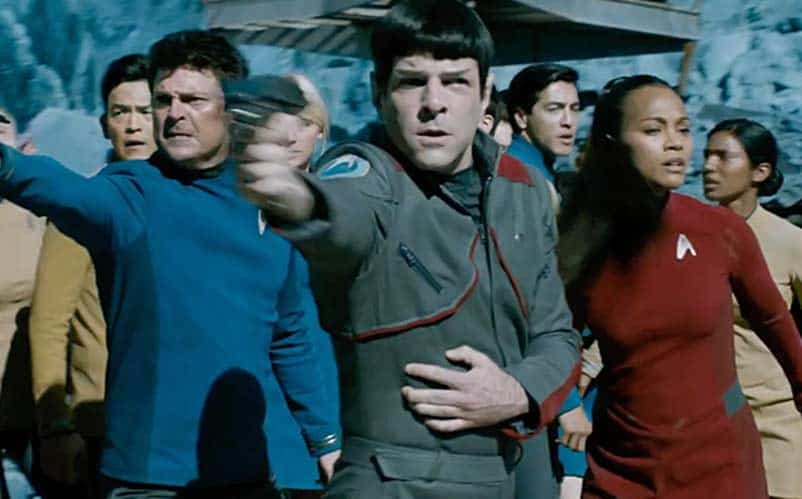 However, thanks to the great acting from the entire cast, these are truly minor grievances. Star Trek Beyond‘s young cast do a fantastic job bringing these characters to life and some fan favorites such as Scotty (Simon Pegg) and Bones McCoy (Karl Urban) have far more screen time than usual. Though it’s newcomer  Jaylah (Sofia Boutella) who steals the show, as her marooned alien is an instantly memorable and fully flushed out addition to the stacked roster. Her story and interactions with the others, particularly Scotty, give her an interesting, almost angsty teenager type of personality. It help separates her from the rest of the other aliens and Jaylah’s own sub-story is serviceable enough to justify her joining the rest of the crew.

It should be mentioned that Star Trek Beyond has some fantastic action sequences that offer a nice mix of being awe struck and the light-hearted nature the rest of Beyond embraces. All of the fight scenes are entertaining to watch with the exception of the first major set piece which has so much shaky camera work it can be impossible to follow at times. Thankfully, this is quickly rectified as the rest of the editing and camera work allows us to truly partake in the action. Though director Justin Lin may have overdone it with his sweeping camera motions.

Lin has helped bring the Star Trek series into the modern age in a way that neither previous films could. This is a solid summer blockbuster that was well worth the admission price, though in a sea of mediocrity it’s hard to say if that’s a true achievement. However, if you have never seen a Star Trek movie before or are a die-hard fan, this is certainly a film worth checking out. If this is the direction the Star Trek series is going, it will certainly live long and prosper.