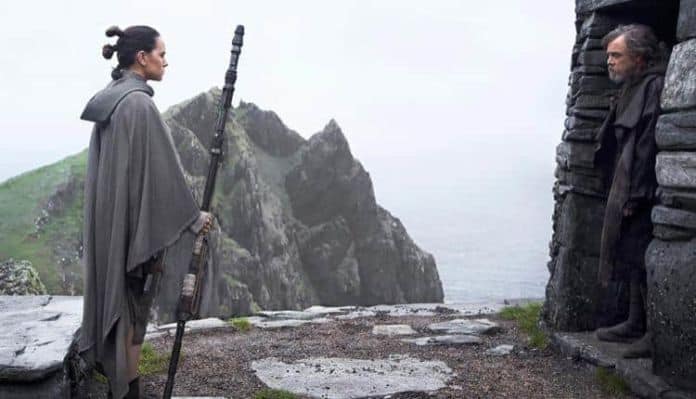 In an interview with Rolling Stone, Daisy Ridley stated that her role as Rey in the Star Wars series will end with Episode IX. That’s the movie coming after The Last Jedi, currently planned for 2019, for anyone who is counting.

It is Ridley’s belief that “the third thing” will round out the story of the set of three episodes. As this is usual for Star Wars series to come in threes with a different plot for each set, Ridley’s statement should come as no surprise.

That said, Ridley is sure that Rey will return to the series in the distant future, joking that “if in 30 years, we are not living underground in a series of interconnected cells, then sure. Maybe. But again, it’s like, who knows.”

Despite knowing her role will end soon, Ridley is “really really excited” about the third film and is happy to work with “really nice people.” After all this time, now having been a part of the Star Wars team for some time, “to be part of something that feels so like coming home now.”

The Last Jedi will be premiering December 15, about two weeks from now. The film will star Tom Hardy as a Stormtrooper, Adam Driver as Kylo Ren, Mark Hamill as Luke Skywalker, and the late Carrie Fisher as Leia. It will be strange to see Fisher on film after all this time, but that’s the magic of film – eternalizing one of the most iconic roles in film history.

Rian Johnson directed The Last Jedi and has stated that the film does Fisher justice, giving her a proper send-off. Whatever happens, fans of Star Wars aren’t going to have much of a choice but to love this film.

I’m looking forward to seeing Fisher, and to see more development of Rey as a character. Hopefully, she will be a little less Mary Sue than she was in Force Awakens – any more personality than a paper plate would be most welcome.

What are you most looking forward to in The Last Jedi? Will you be sad to see Ridley go in Episode IX? Let us know your thoughts in the comments below.