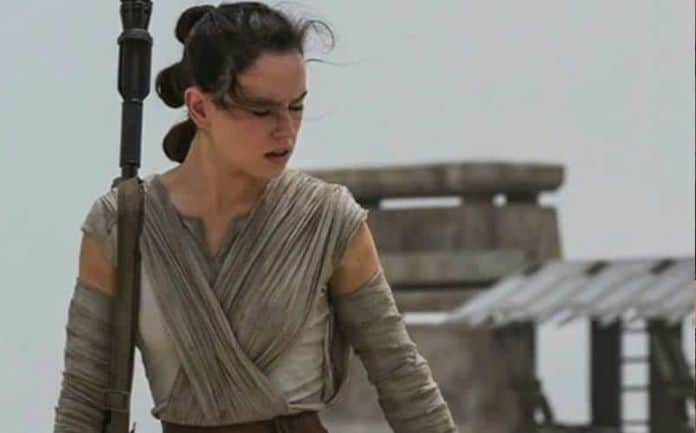 Update 4/12/19: Want further proof Rey is a Skywalker? We just learned that Star Wars Episode IX is named The Rise of Skywalker.

The new Star Wars characters shown in Episode 7 all turned out to be pretty great. In fact, we took a moment to commend J.J. Abrams and crew on their casting in our The Force Awakens review. But we’re not going to talk about how much we love BB-8, Finn, or Kylo Ren. Instead, we’re going to have a quick chat about something that’s on our minds after watching the new Star Wars: Rey is the new Luke Skywalker, not the new Princess Leia.

The obvious thing to do when analyzing the new characters from the movie is to compare them to the past Star Wars characters from the original trilogy. BB-8 will be the R2-D2 for the new generation of fans, Kylo Ren is the new Darth Vader, and Lupita Nyong’o-voiced Maz Kanata is even being called the new Yoda in various places around the web. But, the common mistake I see being made right now is that Rey is intended to be the new Princess Leia. It’s likely that people are just making that assumption because she’s a female character that’s the focus of the new film. But I don’t think that’s the case; she’s more likely intended to be the new Luke.

There’s a lot to love about Daisy Ridley’s Rey, and we’re interestingly left without a last name for a reason. But who IS Rey? Obviously, the viewer is supposed to wonder who Rey’s parents actually are by the time they leave the theater. We don’t think she’s Han and Leia’s daughter, although the first hour of the movie leads you to believe that she is. In support of this idea, Abrams had Han and Rey say a couple things at the same time, Rey grew up near the Millennium Falcon, and Kylo Ren (Ben Solo) even taunts her by suggesting that Han is the father she never had. There’s also a few shared moments with potential mommy-dearest, General Leia, including a long embrace at the end of the movie. But we don’t think she’s Rey Solo — she’s Rey Skywalker. 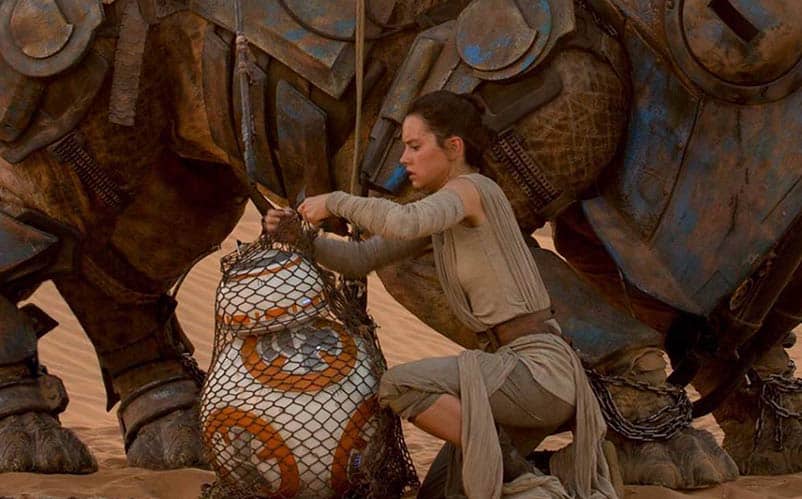 Not only is her demeanor similar to that of Luke’s in the original trilogy — with an evil-hating and curious mind that wants the world to be generally “good” — but she also is able to wield Luke’s lightsaber with ease, use the force, and even discovers her powers in the same manor as Luke. Of course, Finn was also able to use Luke’s lightsaber, so we think that might not hold any significance after all. There’s also the fact that R2-D2 wasn’t functioning properly for the entirety of the movie as Luke was absent, that is until Rey came in at the end and he all-of-a-sudden powered up. The only case we have against her name being Rey Skywalker is that we don’t know who her mother would be, and you would think that the mother would be just as important as the father. Of course, it’s very possible and likely that the information will be revealed in Episode 8, but for now, we have no idea who her mother could be if Luke is the father. Admittedly, there is supporting evidence for Rey being either a Solo or a Skywalker, but we’re leaning more towards her being a Skywalker.

I’ll also note that she’s not overly sexualized in The Force Awakens (like many would argue that Princess Leia was in the original trilogy because of her iconic bikini). That’s not to say that Leia’s character back then wasn’t a strong female role model — she was — but, needless to say, there is no metal bikini, nor is there a storyline involving Finn and Poe fighting over her.

But the point isn’t her bloodline, although I suppose that factors into the discussion a little. The point is that Rey from Star Wars isn’t intended to replace Leia, but she’s instead, intended to be the new main protagonist of the story, leaning more closely to being the next Luke Skywalker.

What do you think? Does Rey more closely resemble a Luke or a Leia? Sound off in the comments below.