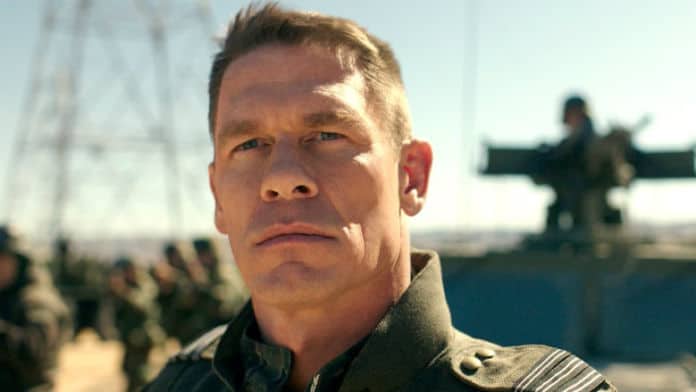 Add another big name to the list stars attached to James Gunn’s Suicide Squad 2. Variety is reporting that WWE superstar John Cena is in talks to join the project. Though it’s not clear yet what character Cena would be portraying.

Cena would be joining a cast that continues to expand with big names. Margot Robbie is confirmed to return as the scene stealing Harley Quinn. Jai Courtney is also reprising his role as Captain Boomerang. And Idris Elba has joined the team too. We previously thought that Elba was replacing Will Smith as Deadshot, but it turns out the actor will be playing someone else entirely instead.

The former WWE Champion has tallied up numerous acting roles over the last few days, but none in the superhero genre. Cen recently lead the Transformers spin-off Bumblebee late last year. He’s also starred in numerous pictures under the WWE Studios banner, including The Marine, 12 Rounds, and Legendary. Cena proved he’s got comedic chops too with roles in Trainwreck, Sisters and Daddy’s Home 2. Which will likely come in handy with the script being written by Gunn.

Suicide Squad 2 is expected to go into production later this fall with Warner Bros. targeting a release date of August 6th, 2021. Once finished with that project, James Gunn will then return to the director’s chair for Marvel’s Guardians of the Galaxy series. After penning the script for the series’ 3rd installment, Gunn was later sacked by Disney following inappropriate Tweets he wrote many years prior resurfacing.

After months and months of support for Gunn from both fans and his peers, Disney finally reinstated him as Guardians of the Galaxy 3 director just a couple months ago. At the time, Disney and Marvel confirmed that Gunn would complete his work on DC’s Suicide Squad 2 before shifting his focus over to the Marvel property once again.