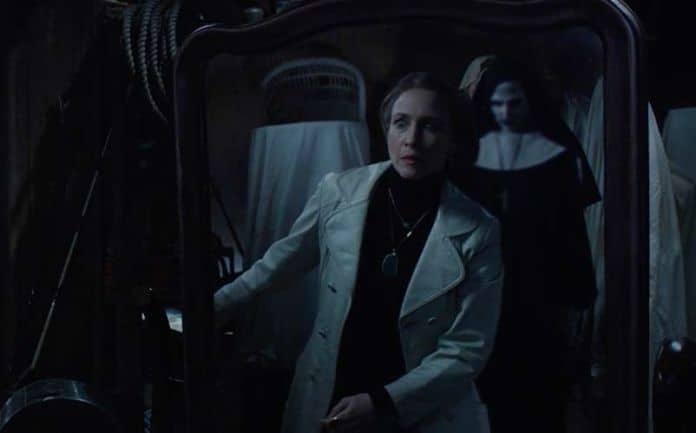 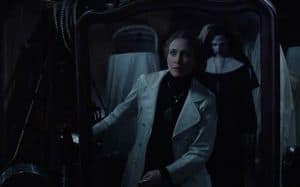 At this point, I think it’s safe to name James Wan as one of the best horror directors currently working. With genre-defining films such as Saw, Insidious, and The Conjuring as some of the most successful scary movies in recent memory, one has to wonder if Wan has finally run out of tricks. Thankfully, the question still hasn’t come to a conclusion, as The Conjuring 2 is a film that takes overused concepts and breathes terrifying new life into them. While the film does stumble from time to time, Wan’s masterful eye for screen composition, a fleshed out narrative, and fantastic performances from the cast make it one of the stand-out movies of the summer.

The Conjuring 2 sees us following Ed (Patrick Wilson) and Lorraine Warren (Vera Farminga) once again as they do battle with the forces of evil in order to rescue a family living in north London. At first glance, it’s a simple plot, offering the most bare bones setup for what seems like another haunted house ride. Yet it becomes clear early on that this is not just about saving a family, as the Warrens themselves are battling a demonic presence that sees them as a threat. In order to avoid any real spoilers, let’s just say the demon takes offense to the duo constantly pushing back the forces of darkness.

What transpires from this is an interesting blend of the Warrens trying to step back from their job and the moral turmoil this will create. In the first movie we didn’t get to spend a ton of time with the Warrens outside of their interactions with the family, but here we have an entire first and half of a second act before they even get involved in the London haunting. This isn’t just a story about them trying to stop evil, but the ramifications it has on them psychologically. This makes for a far more interesting set up once they actually make to London, because you know by now the heavy weight of dread that follows behind them like a looming cloud. 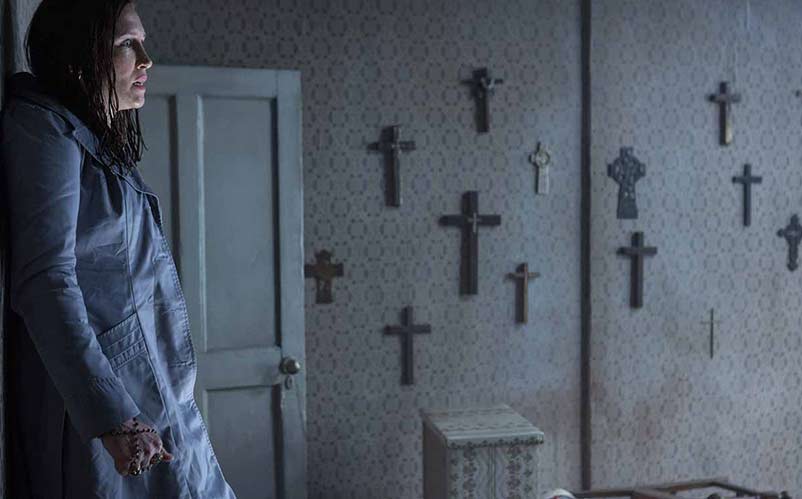 This is only boosted by the utterly fantastic performances by both Wilson and Farminga, who absolutely steal the show and bring some real nuance and depth to their characters. Neither of them are perfect, but this makes them only more relatable as characters. One of the biggest challenges with horror is balancing the scary moments with the human ones, as the latter is arguably the most important aspect in a horror movie. We need to genuinely care about these peoples’ safety, and thanks to a fantastic script and rock solid performances, this is achieved in spades. You cannot help but invest yourself in their struggle, as Lorraine’s motives for not wanting to go to London right away are actually quite selfish when you look at it. Neither of them are true beacons of morality; rather, they are just two people with exceptional skills that are trying to make the best of a situation.

This story wouldn’t work nearly as well if the London family actually being terrorized weren’t believable in their own right, though. While there are easy comparisons to be made to the original Conjuring‘s family, the Hodgsons are not just a simple retread of familiar ground. You won’t spend ample time with each family member, as two of the kids are basically sidelined for the main girl Janet (Madison Wolfe), but thanks to strong performances all around this is not as noticeable. That being said, one of siblings is shown as having a stutter and while the concept is intriguing at first, Wan doesn’t really go anywhere with it. Normally I would overlook such a thing as just a character choice, but he spends a fair amount of time showcasing this problem that it feels like we aren’t given any real payoff.

However, if you are simply going for the scares, rest assured these are some of the best Wan has ever produced – mostly. I say mostly because Wan has a habit of repeating some of the same tricks, and if you’ve seen any of his previous films then you might be able to see some coming. This isn’t necessarily a bad thing if you’re going in with fresh eyes, but anyone who has an understanding for how Wan sets up his scares will surely see some coming. That hardly deterred him from trying, though, as it’s clear from the get go that Wan has a true eye for composing terrifying scenes. Each one feels painstakingly produced, as Wan doesn’t just rely on the tried and true loud bang-jump scare to jolt audiences. 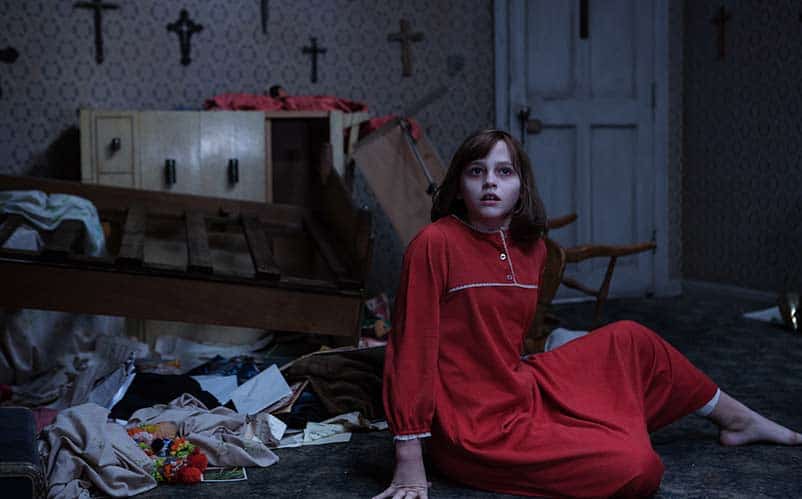 There’s some genuinely great horror moments in The Conjuring 2. The only real lackluster moment has to be the actual finale; it feels a bit forced at times as Wan decides to throw everything and the kitchen sink at the audiences. It doesn’t really work and is honestly one of the least tension-filled moments of the entire film, which is a shame because there is clearly a lot a stake during these final moments.

Overall, though, The Conjuring 2 is another great horror film made by a man who has pretty much conquered the genre. The scares are truly memorable and it offers a deceptively deep narrative that moves past our simple haunted house tropes. This is supported by a great cast with equally fantastic acting chops that make each scene feel believable. Only a few shortcomings and Wan’s bad habit of leaning on familiar ground keeps this from being one of the best ever made. The Conjuring 2 will grab hold of you and not let go until the final credits roll.

See what other upcoming horror movies are coming soon.