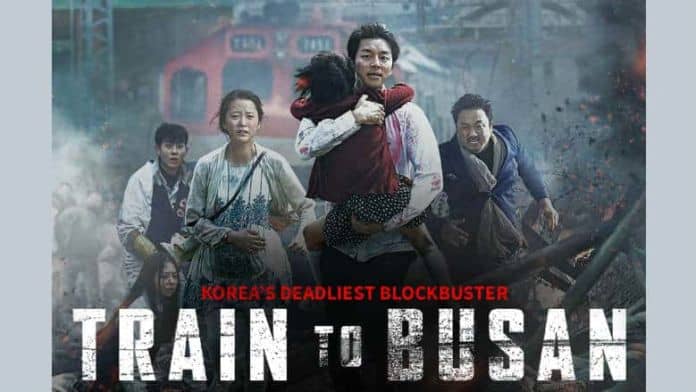 Train to Busan was a stellar Korean zombie film that released back in 2016. It was revered by us here at Nerd Much? when we reviewed it. The rest of the industry adored it too as it currently sits at a 96% on Rotten Tomatoes. So it should come as no surprise that Hollywood wants a stab at the property – and it sounds as though they’ll get it. A Train to Busan remake is reportedly in the works with numerous big name studios attempting to out bid one another to nab its rights.

The Train to Busan remake is a different entity than the Train to Busan sequel we reported on last month. The latter is a direct sequel to the 2016 Korean movie. It’s being developed under the working title of “Peninsula”, with Yeon Sang-ho returning to direct.

A Hollywood produced Train to Busan remake is coming to us courtesy of a script that Gary Dauberman is writing. Dauberman is currently slated to direct an upcoming untitled Annabelle movie set within The Conjuring universe. He’s also wrote numerous scripts for those franchises, including Annabelle, Annabelle: Creation, and The Nun.

Dauberman also helped develop the script for It and It: Chapter 2. He’ll also be producing and writing on DC’s upcoming Swamp Thing series for DC’s streaming service.

The Train to Busan remake has James Wan attached to produce. Wan has helped to helm The Conjuring Universe since its inception, so he and Dauberman have worked closely for a while now.

As far as the studios involved in the bidding war, Deadline reports that New Line, Paramount, Screen Gems and Lionsgate have all thrown their hats into the ring. Universal was involved early on too but has since bowed out.

Deadline states that the rights to the Train of Busan remake are reportedly in the seven-figure ballpark. So the studio that ends up winning the bidding war is likely to make the project a priority. We’ll be back with additional details on the potential remake as they develop.