Mr. Freeze Q-Fig is Too Adorable 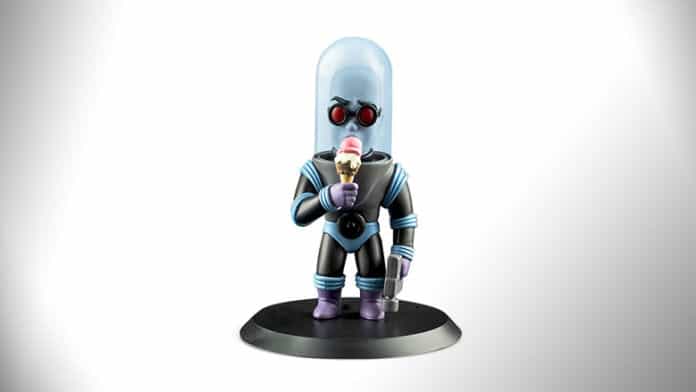 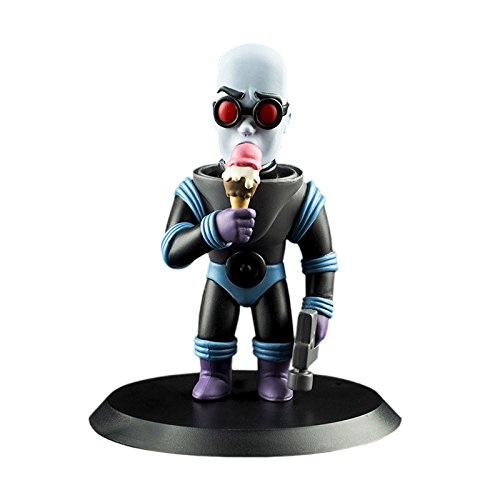 We all know there are two things that are best served cold… revenge and ice cream. Well, with the Mr. Freeze Q-Fig, you get both in an adorable little package. Batman’s most chilling foe, Mr. Freeze is the subject of this adorable figurine. We all know Mr. Freeze as the cryogenically-enhanced, dome-helmeted lover of Nora Fries whose singular mission in Gotham is to save his frozen wife… but did you know he loves ice cream?

The figure is 3 ½” tall and made of PVC making it a little bit on the smaller-side of collectibles.

Regardless, it is a sturdy and high-quality figure. It depicts Mr. Freeze in full roguish regalia, freeze gun in-hand, and with a triple-scoop cone of ice cream. His proportions are adorable and cartoony, not unlike a chibi-style. His costume evokes the brilliant design work of the Bruce Timm/Paul Dini-era animated Batman series that famously used Mike Mignola’s (Hellboy) concept of the classic, cold-hearted villain. If you’ve never seen the classic Batman: The Animated Series episode “Heart of Ice,” you really should; it’s one of the best episodes if not THE best episode in the entire series.

Regardless, one question you may have about the statue is… how exactly is Mr. Freeze supposed to eat his ice cream through his dome helmet? Well, the designers at QMax beat you to it. It turns out the dome is removable! This is probably not the safest thing for Victor Fries, but at least he gets that delicious ice cream. Best of all, the dome itself is a nice, frosty blue color so you get the great dome effect when he has it on, and the brilliant red of his goggles pops even more once the dome is off.

The Mr. Freeze Q-Fig is available on Amazon and would make an adorable addition to any fan’s personal Batcave of merch.