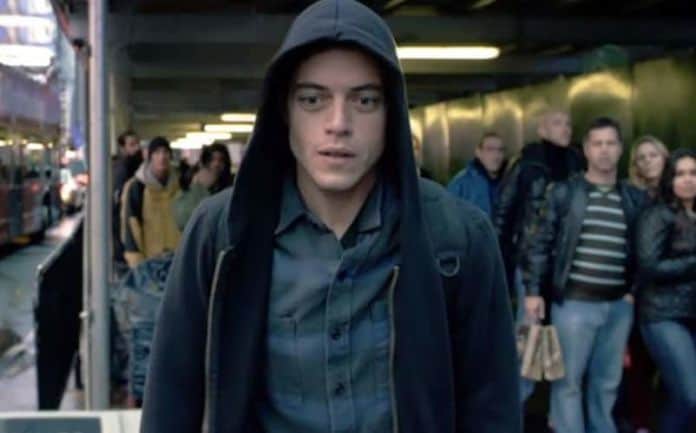 Honestly, I’d be lying if I didn’t say that Mr. Robot snuck under my radar, making its way through the shadows of my seemingly endless queue of new television shows to check out. But after a recommendation by a friend, I finally began watching Mr. Robot‘s first season. After the first episode, I was immediately hooked.

In fact, I binge-watched the entire first season over the next few days, finally finishing it last night. The show is certainly not going to blow everyone away, but I assume it’s going to sit well with the rest of the tech-loving nerds like us. The show is filled with interesting and diverse characters, with a focus on a man named Elliot who is recruited by an underground hacker group run by a man only known as Mr. Robot with the goal set to bring down corporations, including one major conglomerate that Elliot’s company is hired to protect.

Elliot is incredibly well-portrayed by star Rami Malek (Need for Speed, Oldboy), who plays a likable, socially crippled character filled with loneliness and contempt for society around him, fueling his need for morphine. Elliot plays the role of a cybersecurity tech wizard during the day, masking his second life as a hacker who uses his computer skills for good, taking down kiddie-porn-loving businessmen, cheaters and other wrongdoers by night.

I can’t help but draw a similarity between Elliot and Dexter Morgan from Dexter, both of whom have developed a second persona that sits somewhere between hero and insane vigilante. In fact, Elliot even has an ongoing internal monologue with the viewer (who he claims is an imaginary person he made up), and, like Dexter, also sees his dead father frequently. Yet, somehow, Elliot remains his own character, taking the social anxiety that Dexter had to the next level. 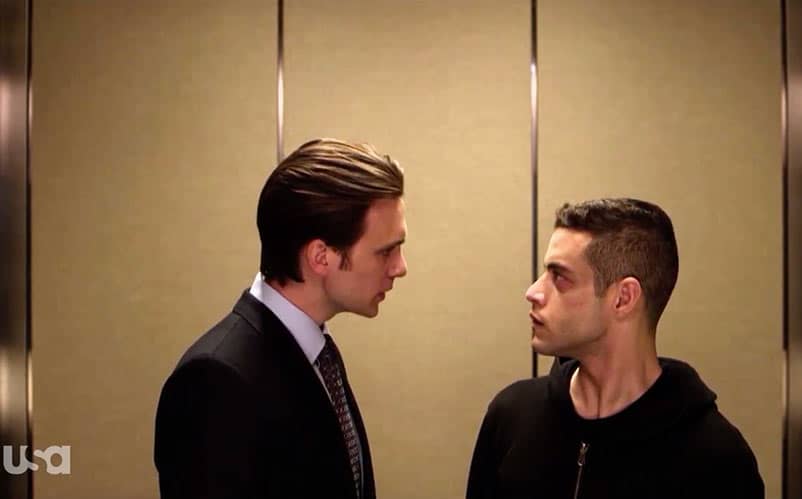 Elliot’s boss, Gideon (Michael Gill), seems to be a good guy in a bad situation, and he’s likely going to be more important to the story than he appears in season one. One of the other most notable characters is Tyrell Wellick (expertly played by Martin Wallström), a shady businessman trying to manipulate his way through Evil Corp. Tyrell wants all of the power of being Evil Corp’s CTO, and after losing the job to another executive, Tyrell plots his way up the ladder with his wife, Joanna (played by Stephanie Corneliussen).

The cast doesn’t seem to gel until we get deeper into the season, but after a few episodes, they all seem to click.

From the very first episode, Mr. Robot draws you in, making you wonder if Elliot and his new band of hacker buddies will be able to take down the world’s biggest conglomerate. Elliot’s mental unraveling makes for riveting television, and finding out what really happened to Elliot (and Tyrell) is going to make for a great season two. The series is filled with twists and turns in every episode, especially in the last two.

If you were like me, and wrote Mr. Robot off because it was on USA Network (which hasn’t had a worthwhile drama to sit through in recent memory), I suggest you give it a watch when you can (it’ll soon be available to stream on Amazon Prime Instant Video).