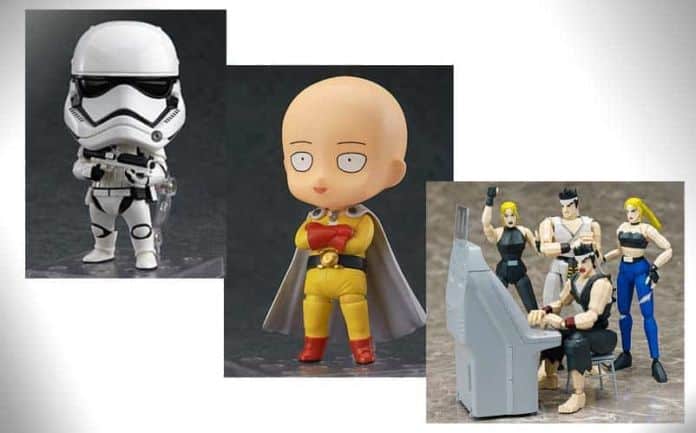 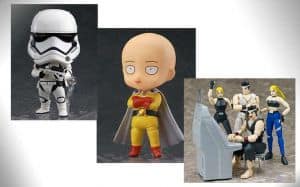 If you’ve ever searched for anime merchandise online or at a convention, it’s more than likely that you have come across high quality figures of your favorite (or not so favorite) characters. Many of these figures are called Figma, which are quality poseable action figures, or Nendoroid, cute chibi-like figures with large heads and small bodies. Both of these types of official figures are made by the Good Smile Company in Japan, featuring poseable arms, different faces, and awesome accessories to display on your shelf. In many ways, these types of figures offer a lot more than your typical statue, allowing room for customization and fun. And while they bare a somewhat similar resemblance to Funko Pops, Nendoroid and Figma are much more higher quality and a bit more detailed.

Coming in a sealed box, Figmas run around $40-$50 and up, while Nendoroid figures usually cost $35 and up. However, if you wait on preorders, getting the list price for your favorite figure is hard to obtain, especially if the figure you want is rare or only has one production. This list consists of some of the best Figma and Nendoroid figures to be released this year (after April): 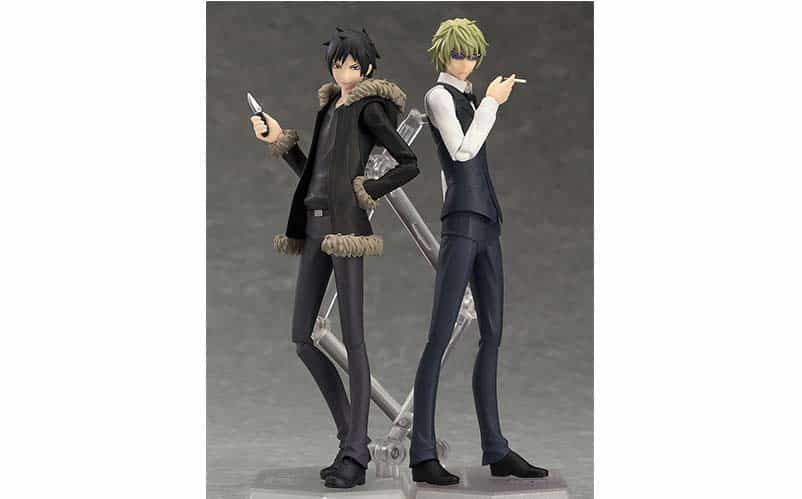 From the popular anime series DRRR!! (Durarara!!) comes two official figures based on everyone’s favorite rivals in Ikebukuro, Izaya Orihara and Shizuo Heiwajima! Although each figma is sold separately, these two figures work especially well displayed with one another. Izaya comes with three expressions/face changes, a cell phone, knife, and additional arm parts. Shizuo, on the other hand, comes with three expressions, additional hair parts, a cell phone, arm parts, and his signature stop sign.  Izaya is set to be released November 2016,  while Shizuo will be released in September 2016.

2. Zelda Nendoroid and Link: A Link Between Worlds DX Edition 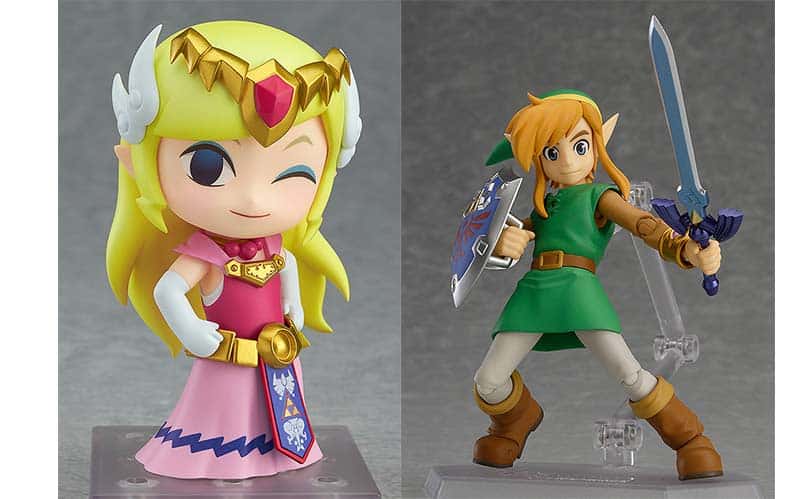 Link has been getting a lot of attention in the figure world recently, having both a Majora’s Mask Nendoroid and a Skyward Sword figma released. However, this year, he will have his own Figma from A Link Between Worlds, with both a standard and deluxe edition. The  figure comes with two expressions, his Master Sword and Hylian Shield, an illustration of wall Link, a Rupee, and a Pot. The deluxe edition also comes with  a Tornado Rod, Hookshot, Baby Maiamai, and a Bomb. He is set to release in August 2016.

Princess Zelda finally has gotten an awesome figure as well from the popular Zelda game, The Wind Waker HD. She has three facial expressions as well as her signature bow and Light Arrow. Good Smile also said she also has a Master Sword and Mirror Shield included, which would go with the Link Wind Waker version. This figure is absolutely gorgeous, and we can only hope Zelda will get more releases. She is set to be released January 2017. 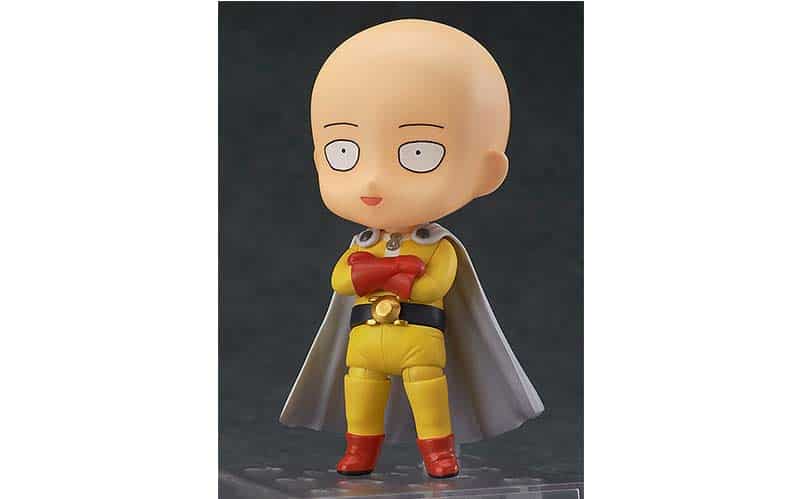 One Punch Man took the anime world by storm last year with its action packed scenes, hilarity and being an accurate parody of typical shounen anime. Saitama, the hero who can defeat his enemies with simply one punch, comes with two expressions. He can be posed in a variety of ways and is absolutely hilarious to look act. He will be released twice this year, April and August 2016. 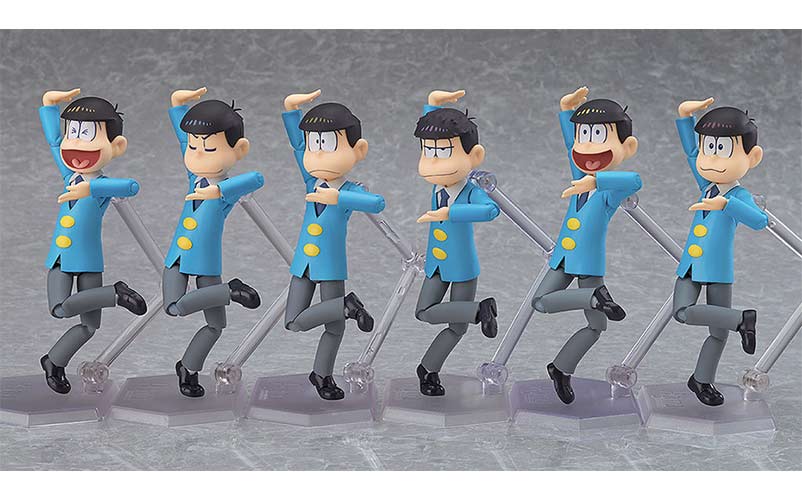 From the popular comedy anime Osomatsu-san! comes the sextuplets in beautiful figma glory. Although you will have to pay quite a sum to get the full set, the brothers look absolutely awesome together and are characterized by their bangs and facial expressions. Each figma comes with a few faces to change up expressions/poses. If you are interested in a cuter, chibi-like look, two of the brothers are also set to have Nendoroid releases. All six of the figma will separately be released in October 2016. 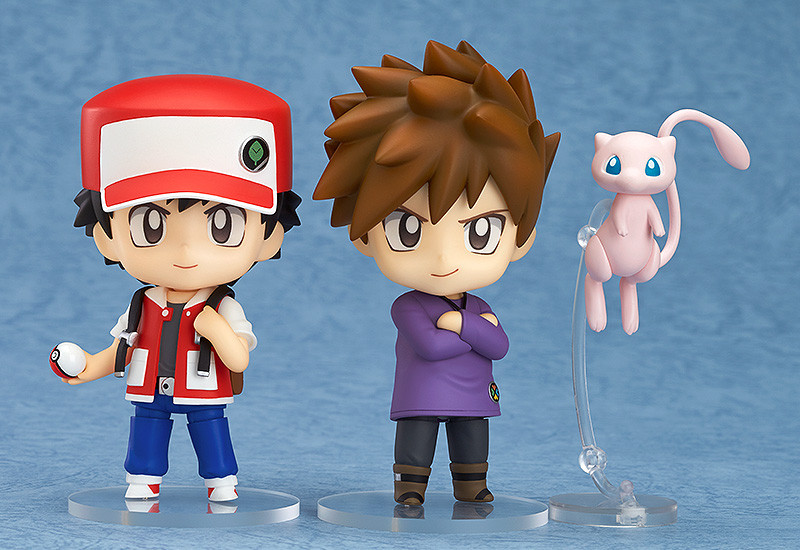 A special release for the Pokemon 20th anniversary is a Nendoroid set of Pokemon Trainer Red and Green (and Mew). Aside from the trainers, the set includes a backpack and pokeball accessory. The official Good Smile site noted that the outfits were carefully made to be reminiscent of the classic games, which is perfect to commemorate the anniversary of the series. If you are lucky enough, you may be able to find the set at a Pokemon center store, either in Japan or ordered online. 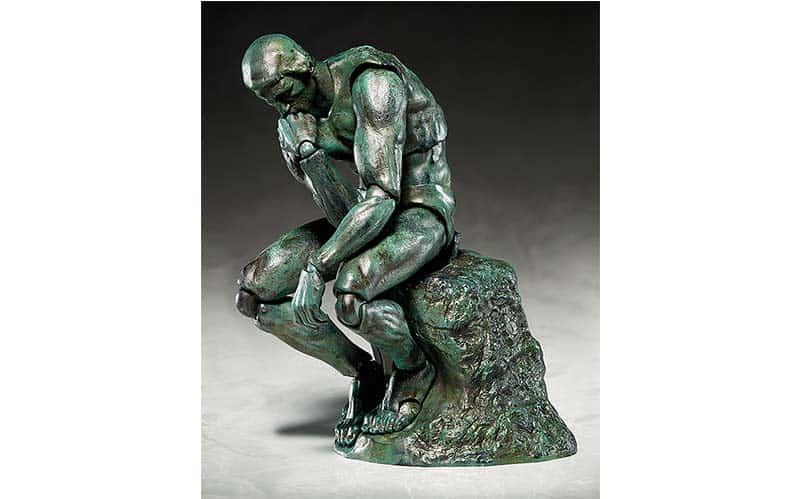 Figma do not always have to be from an anime series or even a Japanese show. Sometimes very interesting figma are released, and this year, there are several classic art pieces that are available to order. One of the art figma that are to be released include the Thinker, a posable version of the famous statue by Auguste Rodin. Whether you are an art student or just want to own a little piece of history, The Thinker figma is a good choice for you.  The Thinker is set to release August 2016. 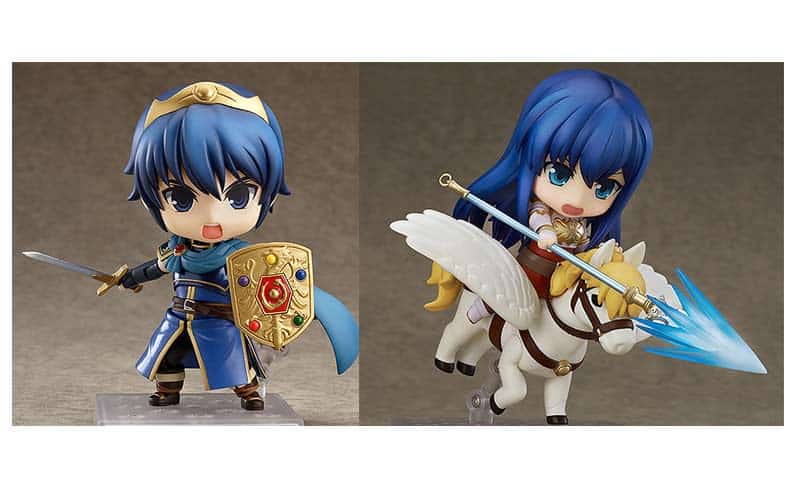 Fire Emblem, despite being a long lasting Nintendo franchise, does not have much merchandise outside of official keychains and artbooks. Classic Fire Emblem fans were ecstatic when both Marth and Sheeda from the first game (and later remake) in the series were announced. Featuring the gorgeous, intricate armor, each Nendoroid has unique elements that correspond with their given class. Sheeda has the option to fly her pegasus, which is supported by the figma stand. March has his classic shield and sword, as well as an additional sword. Each have a few facial expressions as well. Sold separately, Marth will release in May 2016, while Sheeda will release in June 2016. 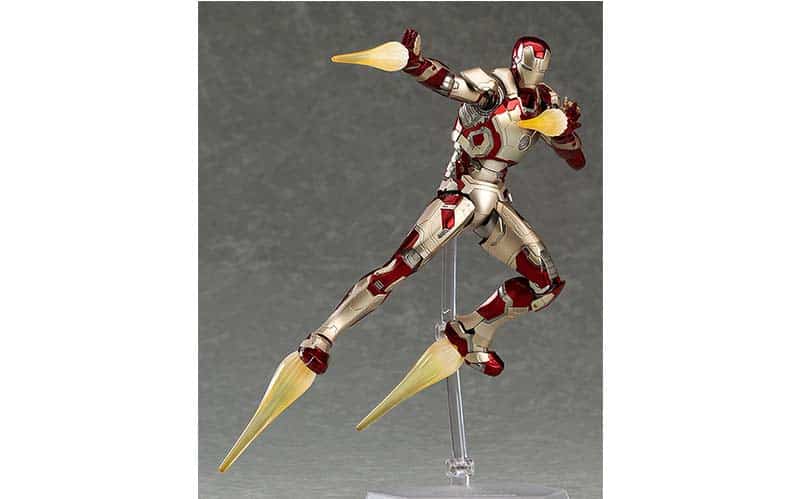 As stated before, figma do not have to necessarily come from an anime or Japanese entertainment. This awesome Iron Man 3 figma depicts Tony Stark’s mind controlling suit, making for an awesome, posable figure that looks even better than some of his Marvel statues. Iron Man’s Mark 42 outfit comes with both different hands as well as effect parts for that epic pose. There is also his Mark 43 suit that will be released along side this version, both set for December of this year. 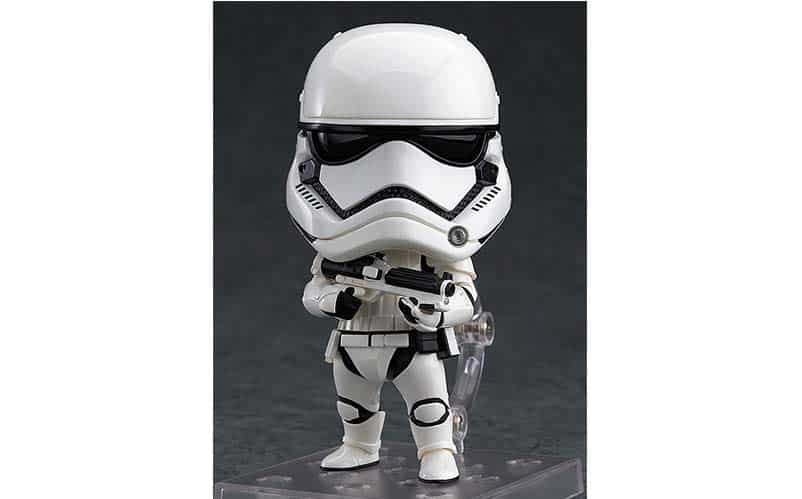 With the hype of The Force Awakens still continuing on, it is no surprise that a Star Wars themed figure would be released from Good Smile.  This Nendoroid figure is both cute, yet accurate to the First Order armor found in Episode VII. Like all of the Nendoroid, the Stormtrooper can be posed for intense battle scenes, especially with its weapon. Hopefully this Nendoroid will sell well, because it would be awesome to see some of the other characters receive figures, from Rey to Kylo Ren. 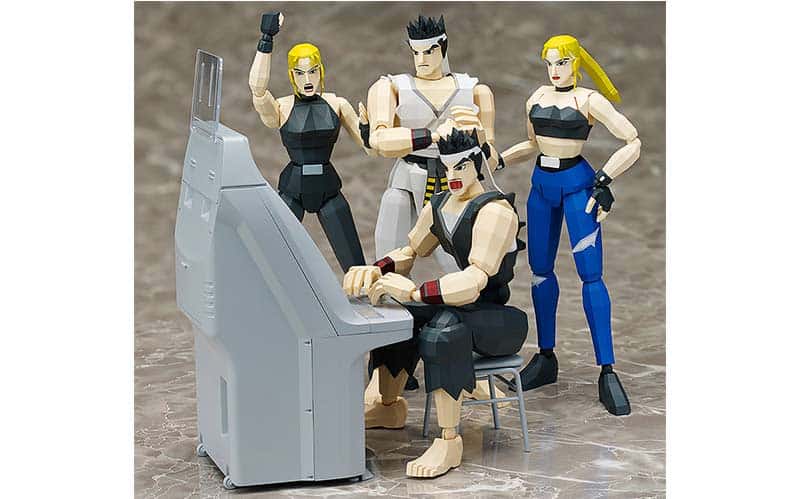 Celebrating the world’s first 3D fighting game are four figma to be released in September 2016. Virtua Fighter was released in 1993, and these figures are truly unique as they are reminiscent of their blocky appearances from the fighting game. Two versions of each character will be released, both Akira Yuki and Sarah Bryant’s player 1 and 2 designs. These characters are perfect for posing, especially with high kicks and punches that can only found in an arcade game. Each figma is sold separately, as well as the arcade console accessory.