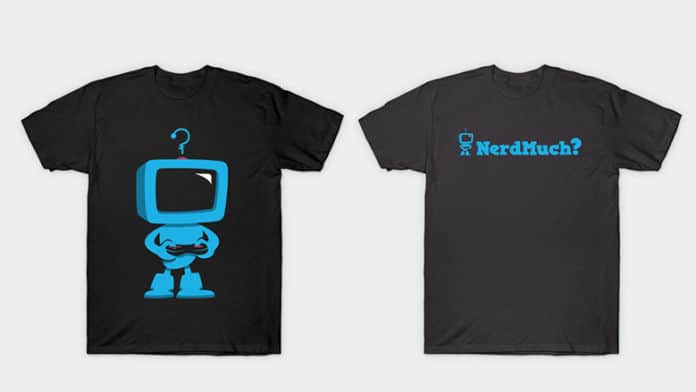 So we debuted an awesome new logo earlier this year (see that little robot guy? Awesome, right?), and, somehow, we still hadn’t had a chance to slap that sumbitch on some official Nerd Much? t-shirts — until now!

Finally, we’ve ditched our old t-shirt shop and moved on to a better one, TeePublic, to not only bring you a few of our own original Nerd Much? t-shirt designs, but also curate some of the dopest t-shirts we think our readers will love.

Hand-picked by yours truly! 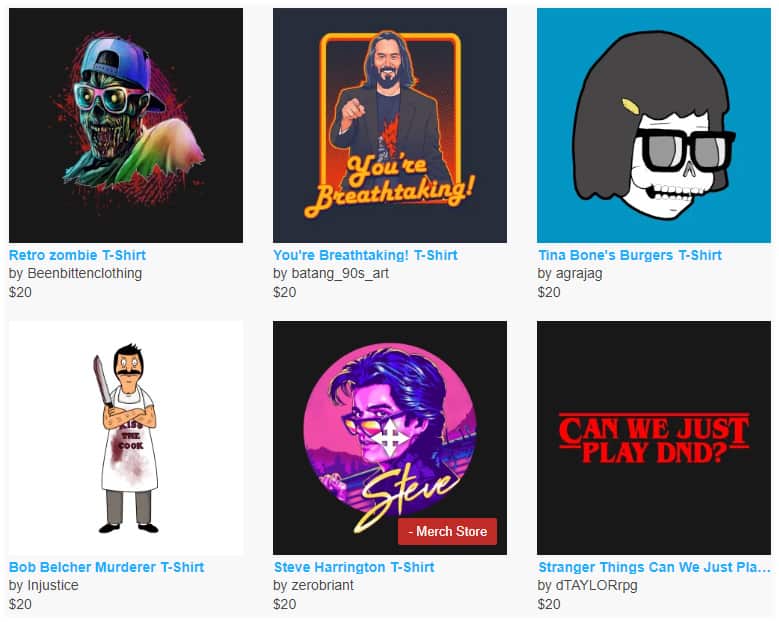 So, in the first wave of new Nerd Much? tees, we’ve got the giant robot gamer option or the simple Nerd Much? logo option if you’re a dedicated fan. On top of that, we’ve got some great designs inspired by things we love, including a zombie version of the Fresh Prince, Keanu telling everyone ‘you’re breathtaking’, some Bob’s Burgers tees, some Rick and Morty t-shirts, Stranger Things shirts, and some bookish tees.

There’s something for everyone, and we will definitely be uploading more picks here soon. If we can ever pull ourselves away from the 3 hours of Overwatch we play every night or the mega stack of books we’ve got piling up on our desks.

For now, take a look at the Nerd Much? t-shirt shop over at TeePublic, and if you see anything you like, feel free to pick one or two of them up to put some money in our bank accounts. We have expensive hobbies, you know.