Nerd Much?
Home Games A Way Out Director’s Next Game In The Works for EA 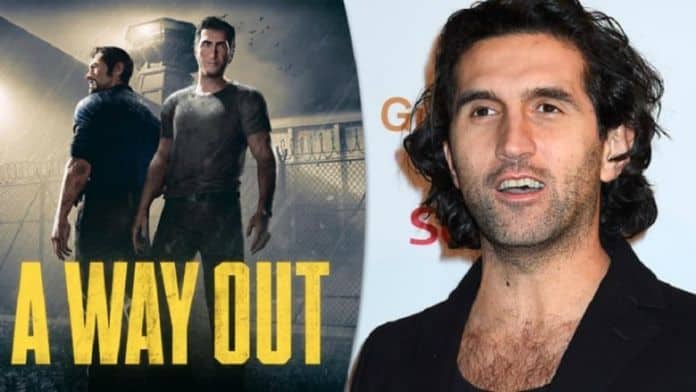 Josef Fares is a man of many associations. He’s the director of Brothers: A Tale of Two Sons and the critically acclaimed mandatory co-op game, A Way Out. And of course, he’s affectionately called the F*ck The Oscars! guy after to his rant on stage at last year’s Game Awards. The man, the myth, the legend Josef Fares is at it again with his next game.

The fact that Fares is working on a new game isn’t news. He tweeted this out himself earlier this Spring:

Today is officially the start of the next game and I'm INCREDIBLY exited!!!!!! I love making videogames and can't wait to show it!

But it’s now confirmed that Hazelight, Josef Fares’ Team, will be working with EA once again. Speaking with Eurogamer and VentureBeat at Gameslab last week, he explains:

Yeah, we’re with EA. It’s no problem. It’s super-good support. I don’t care what publisher I work with it’s going to be the same. This is how I work: I respect the economical aspect but nobody fucks with the vision – it’s very, very important. And they know it at EA now, and they’re super-supportive – super-supportive.

This is pretty unsurprising considering Fares’ strong relationship with EA and how happy he has been with the working conditions provided to him and his team.

The game will go finish pre-production and go into full production in about 4-weeks. The timeline for the game, according to Fares, “[is] hard to say but maybe in two or three years [they’ll] show [us] something.”

After the fun and surprisingly gut-wrenching A Way Out, I can’t wait to see what Fares and his team come up with next. Perhaps he’ll finally make that ultimate love scene he discussed during his in depth interview on IGN’s podcast unlocked.

But regardless of the direction, I feel confident in saying that his next game will have a lot of heart and take a good amount of risks.

Are you looking forward to Fares’ next game? Sound off in the comments below!