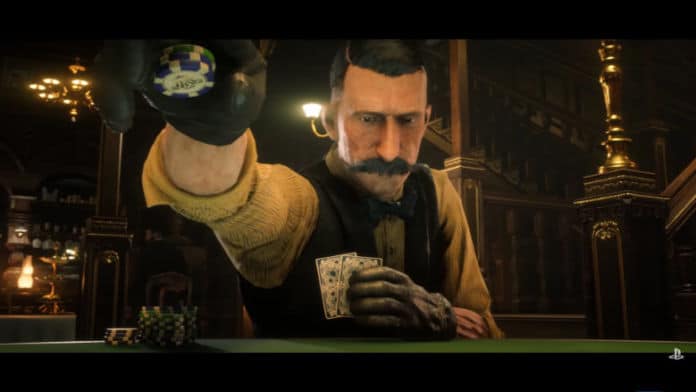 Red Dead Online continues to get better and better. Rockstar Games is steadily adding to its online world, expanding not just the overall narrative but also activities within their version of the west to flesh it out further. Today’s new Red Dead Online update does just that, adding fresh co-op and free roam missions, poker games, new dynamic events and plenty more.

This latest Red Dead Online update continues Jessica LeClerk’s hunt for revenge across numerous A Land of Opportunity missions. These are playable as both honorable and dishonorable players and will see your character continue to hunt down the truth of Ms. LeClerk’s husband’s murder.

Rockstar teases that the honorable path will pit your character against the Del Lobos gang as you attempt to help to save both Marshall Tom Davies and Valentine. While the dishonorable path will have you outwitting lawmen to aid Samson Finch in a highway robbery. You’ll also attempt a high-stakes theft of the the Saint Denis Bank. Both paths, Rockstar says, “lead to a rendezvous in Blackwater with a dangerous adversary.”

The team also touts new Free Roam missions within the new Red Dead Online update that brings in characters from Red Dead Redemption 2. There’s also a trio of new Posse Versus Challenges in the Biggest Fish Contest, the Bird Shooting Contest and the Herb Picking Contest.

There are a bunch of new dynamic events added that can randomly generate your character XP, honor, cash and gold. Or get your cash by gambling at the various poker tables now accessible for up to six players at tables within Blackwater, Saint Denis, Tumbleweed, Valentine and Flatneck Station.

The new Red Dead Online update has a new Overrun Showdown mode that tasks teams with controlling the most territory. The LeMat Revolver, ponchos, patterned bandanas, and emotes have been added. As have a wide variety of modifications to the offensive and defensive playing styles, the hostility system, and just general balancing and improvements. You can read up on all of them in more detail at Rockstar’s site here.

Rockstar Games says that this latest Red Dead Online update is far from their last. The developers promise “This is just the beginning. The future of Red Dead Online not only includes continued improvements to the core elements of the world to make every aspect of the game fun for all kinds of players, but also brand-new experiences that establish a deeper, more immersive connection to the world and your character.”

Previous articleDisney Obtains Full Control of Hulu from Comcast
Next articleDevil May Cry Switch Version Will Be Port from PS4 HD Collection
Jeff Scott
Growing up a 90's kid, Jeff found his love for gaming during Nintendo's heyday. Because of that, you could (perhaps sadly) call him a "Nintendo Fanboy" to this day.