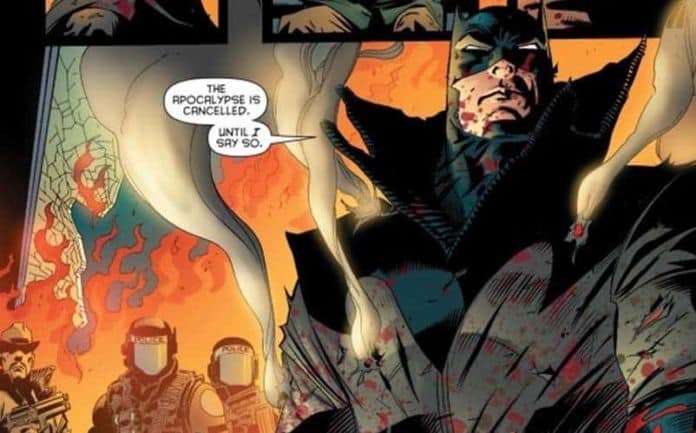 Some good news, and some bad news. The bad news is that, unfortunately, the unannounced Suicide Squad game that WB Montreal had been working on for over two years has been cancelled. But in that darkness shines a new light, as sources have confirmed that the Montreal studio has shifted focus to the next Batman game, and that Batman game will star Damian Wayne.

The report stems from sources over at Kotaku — who go into a bit more detail about the failed Suicide Squad game than we care to do here. I’ll note that the rumors suggested the game was being developed as a co-op game.

Unfortunately, we don’t know much about the upcoming Batman game except for the fact that it’s going to star Damian. The game was rumored to be revealed at the beginning of December, but because of the turmoil over at WB Montreal, we haven’t seen the reveal yet. It’s likely that we won’t see an actual announcement for quite some time, and we’d expect that the game is currently looking at a summer 2018 release window (although, that is just speculation on my part).

We’re curious to see what version of Damian Wayne WB Montreal might take. His most popular iteration is as Robin, the well-known Batman sidekick. However, there is an alternate future version of Damian Wayne where he takes on the role of Batman following Dick Grayson’s death (in Batman in Bethlehem). Time will only tell, but I think the more likely scenario would be a game where you play as Robin trying to save Batman. Of course, we could spend hours speculating and fantasizing about what the next Batman game might be, but I suppose we’ll just have to wait until we hear more.