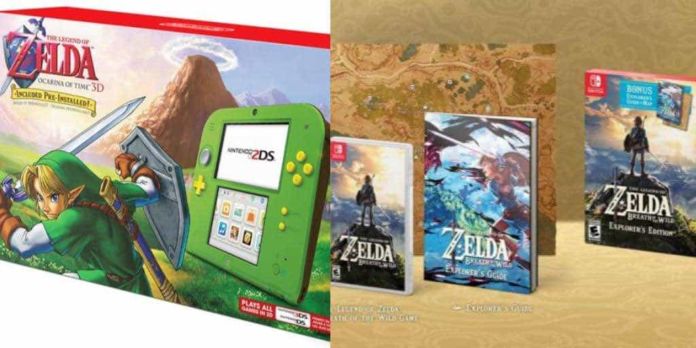 Nintendo has announced their Black Friday deals and it’s all about The Legend of Zelda. First up is a 2DS colored in the theme of Ocarina of Time, which comes pre-installed with the game. Priced at $79.99 USD, this 2DS is the legendary bright green with bright yellow buttons. 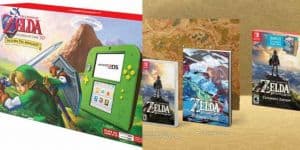 Second is the Breath of the Wild Explorer’s Edition (not to be confused with the Explorer’s Pass, which includes the Master Trials and the Champion’s Ballad DLC) that features the game itself, “a 100-page explorer’s guide and a two-sided map.” This edition goes for $59.99 USD.

Nintendo has plenty of other deals too, mainly the Super Mario Odyssey Nintendo Switch bundle. This bundle includes the console, with those bright red Joy-Cons, a download code for the game, and a carrying case for the Switch. This bundle goes for $379.99 USD.

There are of course, plenty of other Nintendo items you can put on your wish list this year. As Nintendo of America’s Senior Vice President of Sales and Marketing Doug Bowser states, these items include the Switch, Super NES Classic Edition, 3DS, and plenty of games for each.

Needless to say, “shoppers will have multiple options for their wish lists this year.” Bowser claims that Nintendo’s Black Friday deals “are a great value for people looking to pick up gifts for the Nintendo fans in their lives.”

Furthermore, the special edition of Xenoblade Chronicles 2 is also available. It includes a sound selection CD, metal game case, and art book for $99.99 USD. If you are quite the die-hard fan for Xenoblade Chronicles, you can get the Nintendo Switch Pro Controller designed in the theme of the game as well, for another $99.99 USD on December 1, 2017.