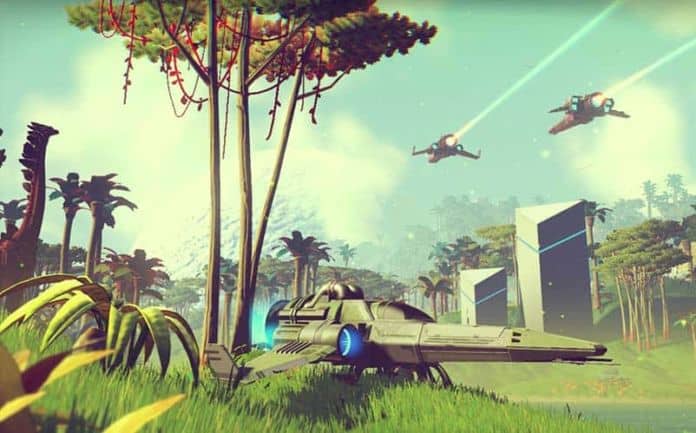 Does No Man’s Sky live up to the hype? Here’s our review in progress of one of the year’s most anticipated games.

It’s impossible to ignore the hype surrounding today’s release of No Man’s Sky, undeniably one of the most anticipated games of 2016. But when reviewing games, it’s always important to step aside from the hype, take a step back, take a breath, and then plow forward through as much of the game’s content as you can with as much of a blank slate as you can muster. Admittedly, getting to a state of blankness before diving into a No Man’s Sky review is especially hard because of the hype and excitement.

After my first five hours in the game’s universe, I’ve got quite a bit of information and initial opinions to share with our readers via a No Man’s Sky review in progress. First, even after playing the game, it’s still hard to classify exactly what sort of genre it sits in. It’s note quite as Minecraftian as Minecraft, nor is it solely an exploration game. To best describe it — for now at least — it appears to be a blend of space Minecraft crafting and resource management with a heavy emphasis on inventory management simulation. Again, this is just in the first five hours of the game, so we’re not ready to write that definition down on a slab of stone, but that’s from our first impressions of the game. 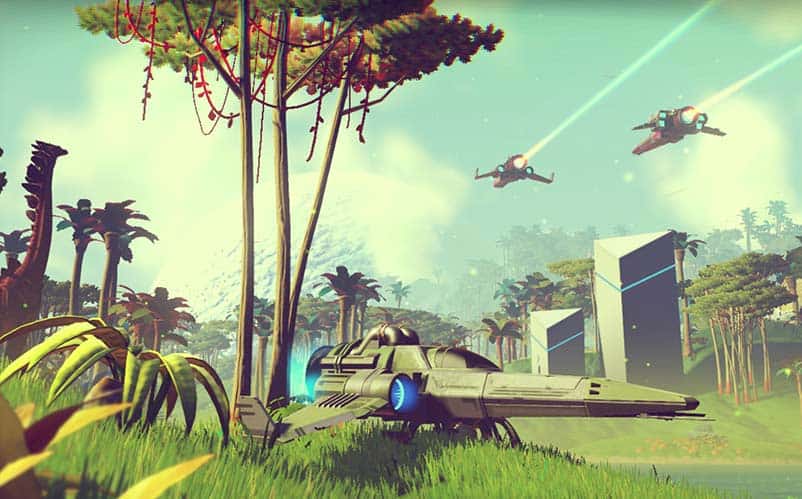 I’ll start with what’s working well for No Man’s Sky, because I’m a generally positive person and I don’t want its initial issues (which I’ll delve into, also) to turn you off from the game entirely. First, the game is as expansive as we’ve been told — at least, it certainly feels that way after just a few hours. Each planet is incredibly large, and there are more planets to explore than I know what to do with. What’s also noteworthy is, as expected, the number of different creatures and plant life that exist on these planets. For every new species you discover, you earn points/XP.

As far as the general look of each planet, we’re seeing quite a bit of variety. After you finally fly away from the planet you start on, you’re off to find another planet to explore. I’ve seen four different planets so far, and each one was vastly different. One planet was highly toxic, another had freezing weather conditions, another had alien attackers, and our first planet had none of those things. Each planet certainly has a different vibe, and so far, that’s one of the game’s strongest aspects, one that is sure to keep players wanting to continue their exploration.

One of the game’s biggest flaws becomes apparent rather quickly: your inventory space is severely limited. You only get a bag filled with 12 slots, and even though you’re able to send some of your findings to your spaceship’s inventory, there is a lot you actually need to keep in your bag for use. While exploring your first planet, there are a plethora of resources surrounding you — a much greater number of items you’re required to carry than just the 12 slots you’re allotted. Yes, we have found an inventory upgrade while traversing one of the planets we explored, but the inventory expansions are few and far between, and having to keep tinkering within the menus to delete items or send them to your ship is a headache I don’t want. 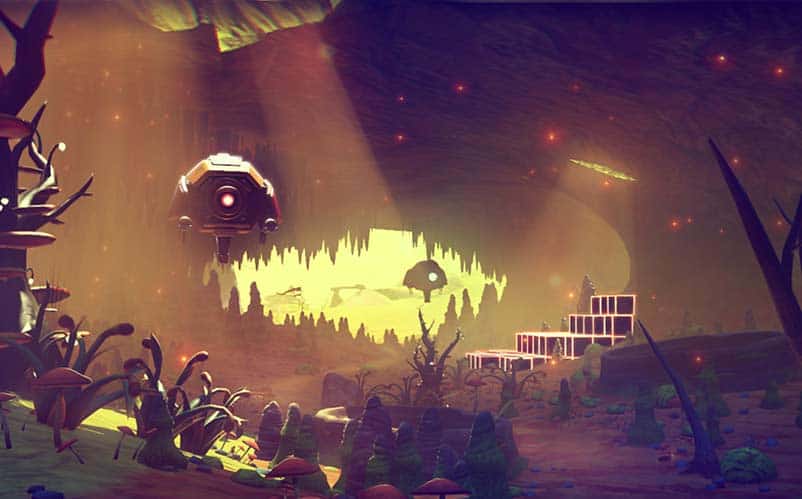 Which brings us to one of the game’s initial flaws: the menus. Heavily inspired by Destiny, No Man’s Sky menus have a very similar feel and aesthetic. That would be okay, normally, as I tend to like that style of menu. But the problem arises when clicking with a cursor using your PS4 controller, as it feels more like a chore than it should. It’s finicky, at best.

Another issue that becomes apparent rather quickly is that it’s one of the loneliest games in existence. Despite the fact that the game takes place in an online world, or rather, we all share the same universe, there’s not a single soul in sight. What’s more, there are no humanoid enemies or villainous entity of any sort to make your existence worthwhile. In No Man’s Sky, there’s a general feeling that it’s you, and solely you…all alone…in the universe.

But, that’s not to say that No Man’s Sky isn’t an interesting game. In fact, after our first few hours, we’re still looking forward to seeing what more is out there. There’s an apparent abundance of content to uncover within the game, and we’re wondering just how much of a variety there can be after we’ve jumped to a few more planets. Only time will tell, for now.

Hopefully, we’ll run into another soul as our journey continues throughout the day. But for now, if you’re thinking about hopping into No Man’s Sky, prepare yourself for seclusion. We’ll add more thoughts to this initial No Man’s Sky review in progress tomorrow morning, as we’re going to continue to traverse our way to the center of the universe today.

Have you jumped in No Man’s Sky already? Sound-off in the comments below — we’d love to hear what our readers think.