Animal Crossing: Pocket Camp has been out for a few weeks now and, especially that first week, I found myself obsessed with it. As I’ve seen my friends rise up the ranks, I’ve already accepted that I won’t have the best campsite of my peers. Still, I love checking the store and buying the cutest outfits and must-have pieces of furniture.

This game is all about the aesthetics; my vanity is why this game demands to be played. “How can I make myself and my space the cutest it can be?” This takes time. Well, mainly, this takes grinding.

Suddenly, Animal Crossing: Pocket Camp was all I was doing. The day it was released I came home to my apartment and asked my roommate to help me decide on the paint job for my RV. The day after it came out I played Pocket Camp while binging YouTube videos and podcasts. The day after that, as we drove around to a few stores for Black Friday, you can bet I was playing Pocket Camp.

I played until I was sick of the game (Literally. Too much phone time gets me a bit nauseous after a while). But as I grinded and grinded in Animal Crossing Pocket Camp, guilt and regret crept into my mind. I thought, “maybe I need to cut back.” But I realized this was just mobile game stigma creeping in: the idea that mobile games are less valid than console or PC games.

Here’s what I mean and why I think your binge sessions of Pocket Camp are completely fine.

As I reflected on the hours I’ve played of Pocket Camp, my big concern was whether or not this was a waste of time. The internal conflict was well underway: if I’m having a good time with the game (and still attending to my responsibilities) is it really a waste of time? But after hours of shaking trees and building furniture, you don’t even want, purely out of social obligations you start to wonder: “what the hell am I doing?”

But there definitely remained a part of me that thought: “I could be using this time to take on my backlog or play a real game.” But it’s important to remember that thought is rooted in the anti-mobile game sentiment that still plagues me, and a lot of the gaming community.

Seemingly Shallow, for Those Who Choose Not to Dive Deep

A lot of gamers will debate leaving their campsites because the game is “shallow.” Now, if you legitimately aren’t getting enjoyment out of the game you should definitely leave; life’s too short to play games you don’t like (unless you’re a games critic). But lately, I’ve been thinking a lot about this idea of “shallow” games and how often we attribute that to Android and iOS games. In fact, even our mobile compliments are often backhanded ones. When we do find rich, detailed, and moving mobile games we preface the praise with: “for a mobile game…” All of this is to say we don’t seem to expect a lot from mobile entries. Yet, we continue to complain when they’re casual. It feels like the *hardcore gaming community still doesn’t fully know how to deal with, approach, or accept the mobile market.
(*those who play often and keep up with gaming news)

I have to admit, I didn’t get extensively far in New Leaf (mainly because I’m waiting for a new entry in the franchise) so I can’t speak for long term Animal Crossing fans.

Animal Crossing: Pocket Camp may be simple, but it isn’t shallow. In fact, like many mobile games, its depth appears when two conditions are met: 1. The game has some merit. 2. The player is driven by that merit enough to spend quality time with the game. The keyword, in those 2 conditions, is enough. For some, Pocket Camp will not resonate. But if it does resonate with you that simplicity gives you plenty to dig into because you want to put forth the work. You want to keep expanding and making more and more elaborate campsites and RVs. 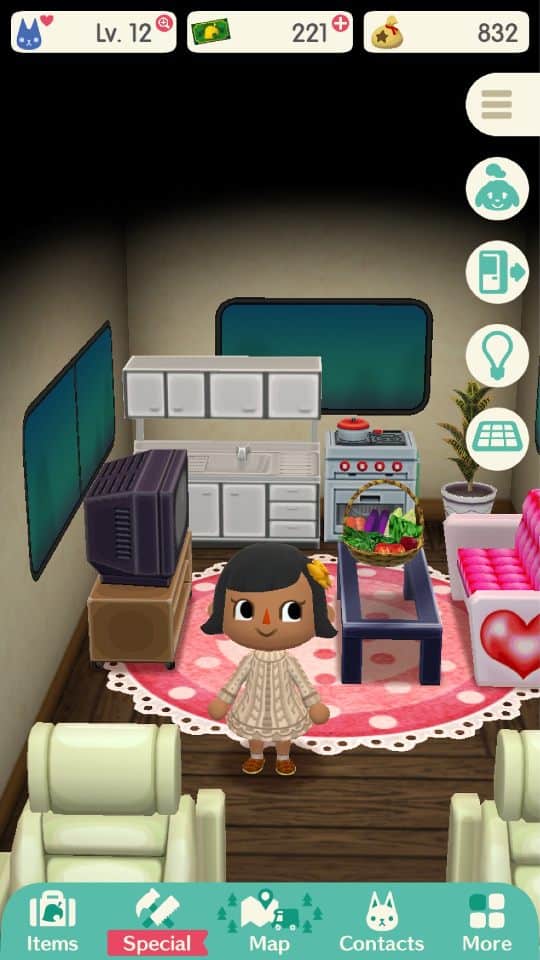 I don’t think anyone can play Animal Crossing: Pocket Camp and write it off completely. At the very least they have to acknowledge that some merit exists: whether it’s catching bugs, choosing clothes, selecting furniture, or just basking in the cuteness of it all. So honestly, whether or not it’s shallow is more a reflection on the player (i.e their perceptions and expectations) than the game itself.

For a player who connects with the game, there’s still plenty to do within this simplified, streamlined Animal Crossing game.

What Pocket Camp has Meant to Me (so far)

Animal Crossing: Pocket Camp is escapism at its finest. It’s simple, repetitive, and adorable: the trifecta of self-care. This game is centered on aesthetics and the player. It’s perfect for me in that all I want to do, in real life and the game, is focus on getting great outfits and having a space I love. Chatting with cute animals is an added bonus: 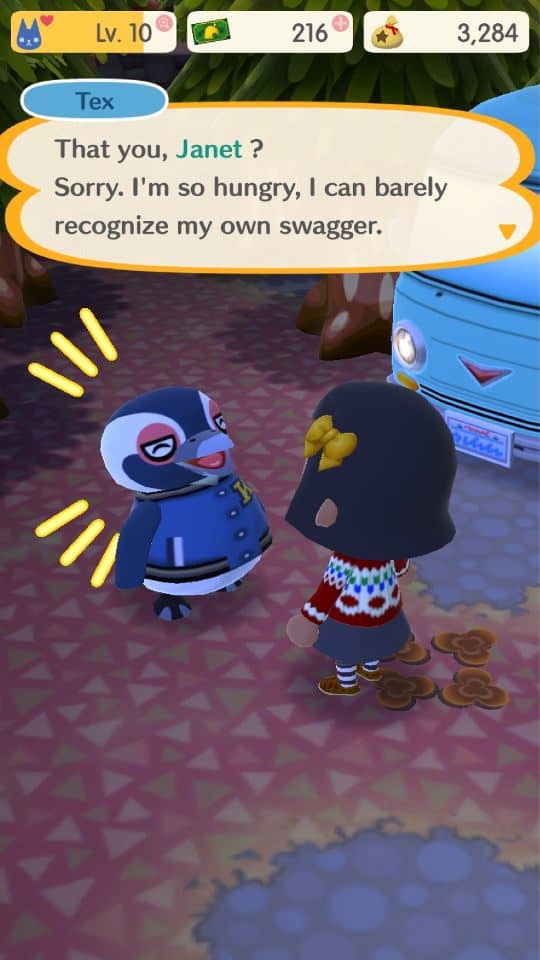 Recently, I’ve been sick with the flu and really can’t do much of anything. But I can still boot up Pocket Camp and spend my time working to make my world beautiful. And that, in itself, is a lovely thing.

If you want to play: play. And Play unapologetically

It’s as simple as that. Don’t feel the need to talk yourself out of it, or into it for that matter. If Animal Crossing: Pocket Camp brings you joy there’s no need to cut back. Your backlog will always be there waiting for you (bittersweet as that may be). Take your time and smell the flowers you just ordered for your campsite.