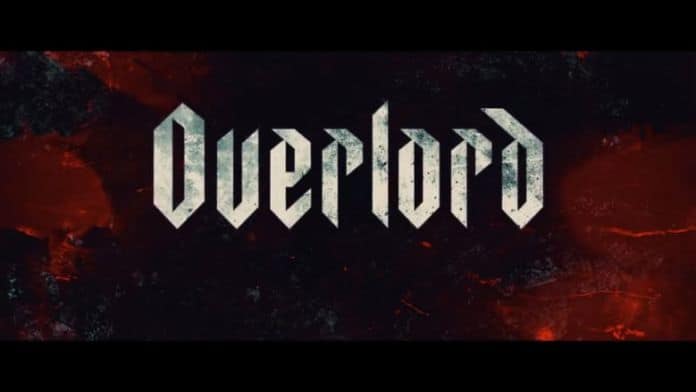 When it comes to villains Nazis and zombies are perhaps some of the simplists to adapt. They rarely require any real depth and have a striking visual appearance that is instantly associated with evil. This allows directors to use them as an allegory for a whole host of topics and themes. While most films aim to use these antagonists as a way to deepen their film, director Julius Avery’s Overlord goes a completely different direction.

Set the day right before the Normandy invasion, a small squad of American paratroopers crash land deep int he heart of Nazi-controlled France. Their mission is to infiltrate a small village and blow up a radio tower so the Germans won’t have air support during the upcoming battle. However, the small squad of soldiers quickly learn that the Nazis are experimenting on the local villagers to try and create immortal soldiers.

The beauty of Overlord is that it fully embraces this B-movie set up and never slows down to try and add unneeded layers. This is not aiming to be a deep look into the psychology of the characters or why the Nazis are going about their tests. Nazis are bad, monsters are even worse, and everyone else are varying forms of good. Overlord is too focused on moving us from one bloody thrill to the next, which helps it maintain its frantic pace. 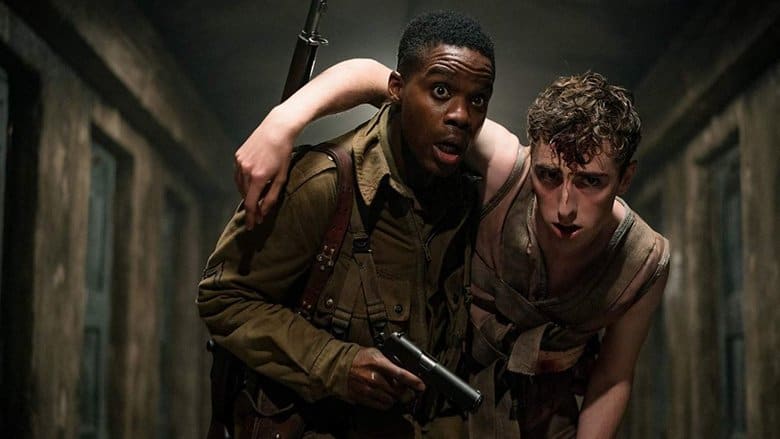 Yet, a leaner film doesn’t mean a bad one, as Avery gets the most from his actors. Jovan Adepo’s wide-eyed soldier Boyce is a solid lead, even if he follows a pretty predictable pattern. The same can be said for Wyatt Russell’s Ford who plays the part of the gruff leader, desensitized by all the violence perfectly. It’s all very straightforward and Overlord doesn’t aim to subvert our expectations. Instead, the movie tries to deliver the best versions of these stereotypes

Thankfully, both the script and performances elevate the shlocky setup. Everyone is completely game for whatever Avery throws at them which makes all of the action and horror scenes quite entertaining. Pilou Asbaek’s Nazi commander Wafner is especially entertaining. He’s deliciously evil and makes for a perfect antagonist. What’s odd is Overlord doesn’t really give the head Nazi scientist a lot of screentime. Given how important he is, relegating him to the background is a misfire.

The same can be said for the actual monsters that they are making. Don’t get me wrong, the makeup and effects all look fantastic on screen, but they are shockingly infrequent. Given these are Overlord’s main selling point, we’d like to have seen more of them. We don’t end up seeing one for at least an hour into the movie and once we do they are still largely absent from the action.

Avery’s takes a slightly more subtle approach that sharply contrasts the rest of Overlord’s in your face attitude. It’s not that the scares aren’t there, but  Avery’s commitment to teasing us over and over again feels at odds with the bloody and violent style that the script embodies. However, this breakneck speed is a double-edged sword and key story points are rarely ever explained. How and why the monsters are created is only glanced over. 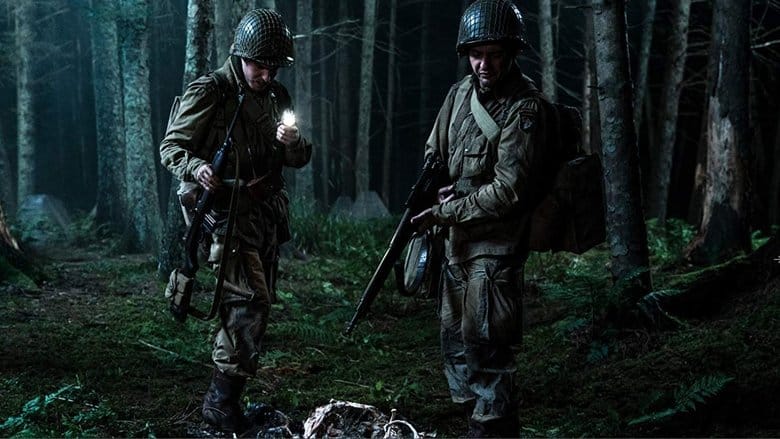 This makes understanding the rules and limitations of these beings a bit frustrating since Overlord ends up being pretty inconsistent at times. Midway through we see one of these monsters killed by having its head heavily damaged, but later on this doesn’t stop one at all. It’s a bit annoying because it can pull you out of the scene and ruin some of the tension.

Speaking of terror, Overlord is a collection of jump scares and body horror. Again, this overreliance on something popping into the frame would be a hindrance if the movie wasn’t so committed to its B-movie roots. Avery wisely only implements a few real jumpscares and most of them are to punctuate the beginning or end of a scene.

The real star of the show is the body horror, which we’re happy to report is fantastic. It’s not Saw levels of grotesque, but the twisted and mutilated bodies will make your stomach turn. There’s an especially effective scene early on involving a head that is especially creepy.

Overlord’s greatest strength is its boldface, no-nonsense focus on the violence and chaos. From the moment this move is not a marathon, but a mad sprint from the opening frames. While lesser directors would have stumbled with this mentality, Overlord ends up being one of the best B-movies in years. It’s a horror movie with no reservations or exceedingly deep ideologies. Simply put, Overlord is a gut punch from Hell.