Jeff Kaplan, Game Director at Blizzard Entertainment for Overwatch, recently posted a developer update video to discuss what’s to come for the studio’s hero shooter. And amongst several pieces of news came confirmation that the Overwatch Halloween Terror event would be making a return.

Kaplan didn’t spend much time on the Overwatch Halloween Terror announcement. Instead, he actually took time to downgrade expectations you might have for the event’s return. All the Game Director teased for the event was that there will be new cosmetics, saying “Junkenstein’s Monster finally gets a bride” and that he’ll “let you speculate on who that might be.”

In an effort to be transparent, Kaplan stated that the upcoming Overwatch Halloween Terror event will not see “dramatic new game modes or changes to the existing game modes”. Kaplan confirmed that the team “feel like Junkenstein’s Revenge is super fun. There’s some minor iterations coming that we think are going to improve it. But for the most part it’s going to be similar to how it was before.” 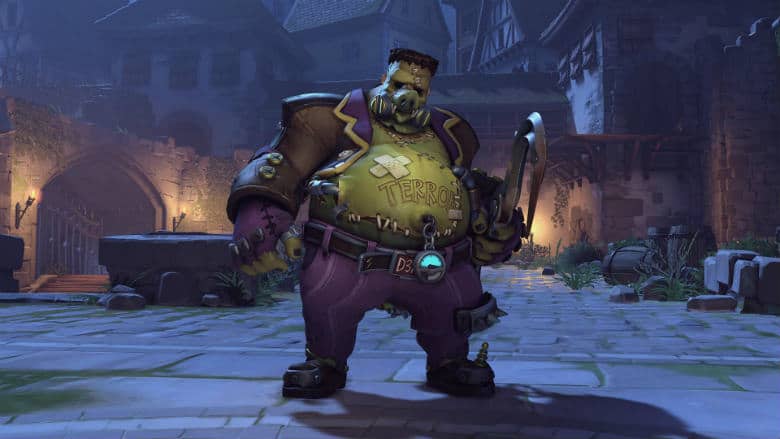 He continued by explaining to fans that instead of spending development assets on bolstering events, the studio is instead focusing on making the entire Overwatch experience better as a whole:

“This is very intentional because what the team is working on right now, the team focus is very different. We’re focusing on these hero balance changes. We think the recent support balance changes that we made were extremely successful and really changed the game in a great way. So we’ve got another round of balance changes coming.

And we’re focusing heavily on quality of life changes. Such as the color blind mode. You can also see some other features that have been added in the game recently such as LFG, and endorsements that have been a great improvement to the game. But it’s been a focus shift for the team. We’re focusing less on adding new versions of sporting events and focusing on these other things.”

Based upon ever important internet comments, reaction is mixed with Kaplan’s news. Many are unhappy that Overwatch Halloween Terror will effectively be just new skins. There’s also a growing consensus that Blizzard’s focus is on things most players don’t care about. But again – internet comments.

You can view Kaplan’s complete developer update above to get the impending changes. No dates were announced with the confirmation of Halloween Terror returning. However, last year’s event ran from October 10th through November 1st, so you can expect a similar time frame.