(Originally posted May 18, 2016, with many substantial updates following)

Blizzard’s Overwatch is picking up Game of the Year awards left and right — including from us here at Nerd Much?.

If you’re like us, and you’ve fallen for the game’s cool characters, it’s likely that you’ll soon start looking for cool new Overwatch merchandise to satisfy your nerdy needs. From action figures to t-shirts to toys, we have no doubt that there will soon be no shortage of great Overwatch stuff to buy. For now, here’s the best Overwatch merchandise to buy right now — but hide your wallet, because it simply isn’t safe.

Having an Overwatch-themed party? Break out the recipes from this officially licensed cookbook to prepare appetizers and desserts that your guests will love. Don’t be surprised if an Overwatch Agent comes knocking on your door, looking to dive in on their favorite and familiar dishes.

Of course, you’ll probably want a mouse to go with your keyboard, and, luckily, Razer also has an Overwatch-themed DeathAdder Chroma gaming mouse available. It’s equipped with a 10K dpi optical sensor and is capable of mouse movement speeds of up to 200 inches per second.

When it comes to PC gaming, having a mega mouse pad is incredibly important for shooters especially (which Overwatch is, essentially). So give yourself room to work with the Razer Overwatch Goliathus Soft Gaming Mouse Mat, which comes with the game’s logos on it. 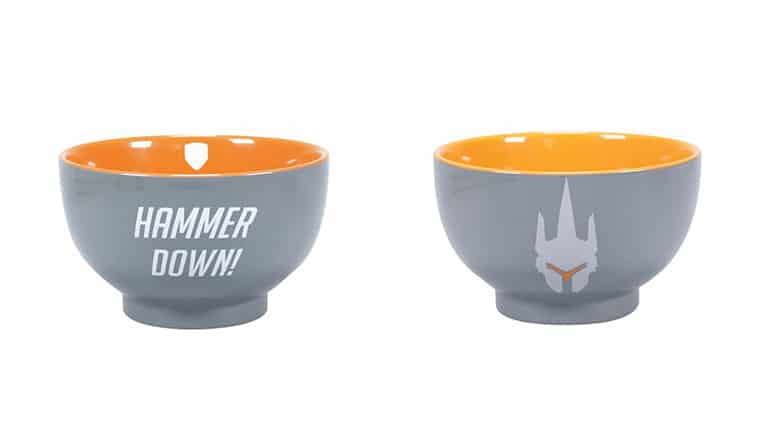 Of course, there is an Overwatch Collector’s Edition, because Blizzard loves to satisfy those collecting souls. The Collector’s Edition comes with a Visual Sourcebook, Soundtrack, and a Soldier: 76 Statue, as well as all of the in-game bonuses and Origin Skins bundled in the Origins Edition of the game. The CE comes in a beautifully designed box as well, and it will make a great addition to any gamer’s shelves. 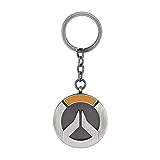 If you’re not looking to spend an arm and a leg, but you want to show everyone that you’re a fan, then the Overwatch merchandise that you’re going to want to buy is this keychain, available at Amazon by J!NX. Standard fare, sure, but we’re all about finding ways to inject nerdiness into our everyday lives.

The Overwatch hooded jacket is now available, and there’s one for men and another for women. Both are black, with the Overwatch logo printed on the left side of the chest, with “Overwatch” going down the left sleeve. Full zip, and it has a sweatshirt feel to it. 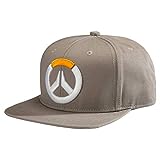 J!NX has a snapback hat for all you hat-wearers out there. It’s black (and there’s a grey version), and the game’s logo is stitched on the front of the hat. 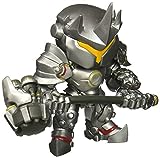 Bigger. Better. There are already quite a few Overwatch Funkos available right now, and we all love Funko Pops here at Nerd Much?. These Overwatch figures will be released in June, so get your wallets ready.

There are plenty of awesome Overwatch statues on the market in 2018, and this cute as hell Mercy Nendoroid is a top option. 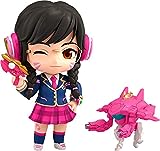 There are already numerous Overwatch t-shirts available, but you really have to be careful when browsing online that you don’t stumble across low-quality, unlicensed Overwatch merchandise (there’s already tons of it out there). Here are the best of the officially licensed tees that we’ve found so far: 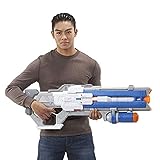 Immerse yourself in the world of Overwatch with this NERF replica of Soldier: 76’s iconic blaster. You may not have the training that Soldier: 76 underwent, but his trusty firearm will still give you an edge over your worst enemies.

The NERF Overwatch Soldier: 76 Rival Blaster is designed after the in-game model, complete with the same color scheme and visual mechanics. Great for those intense NERF battles, the blaster fires at a high-velocity, which is sure to keep your foe from taking your position from you. The motorized blaster fires out 30 top-loaded rounds with rapid-fire speeds that top out at 90 feet per second. Become an unstoppable force by stocking up on rounds so you can refill the hopper-fed NERF blaster easily.

To add to the realism and authenticity to NERF’s Overwatch rifle, the replica Soldier: 76 blaster is built with electronic lights. Feel like you’re in the shoes of the legendary Agent as your rifle lights up with every pull of the trigger, adding to the authenticity of the Overwatch replica NERF gun. You’ll feel like you’re in the middle of the arena, fending off waves of enemies with the rapid-fire rifle.

Enjoy at home, firing at stationary or mobile targets, or add the Rival blaster as part of an elaborate costume. No matter how you use it, no one will dare get in your way when you’re wielding the motorized rifle of the infamous Soldier: 76.

Can you fill the shoes of the skilled Agent and bring down the enemies that threaten the Overwatch team? Find out by wielding this NERF Overwatch Soldier: 76 Rival Blaster. 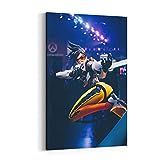 There are a few shops on Etsy that already have some great Overwatch stickers available for you to stick all over your laptop, gaming PC, or wherever else you want to put stickers. Here are all the stickers available that we’ve found:

There are tons of great Overwatch laptop stickers available for just $7.79, and you can rep your favorite character(s) by sticking them onto your laptop or car bumper.

If you’re looking to get into some sweet, sweet Overwatch cosplay, we’re starting to see a few high quality Overwatch prop replicas pop up on the marketplace. Your best bet, at least for now, is to check out Etsy, which has a few great sources of cool stuff. 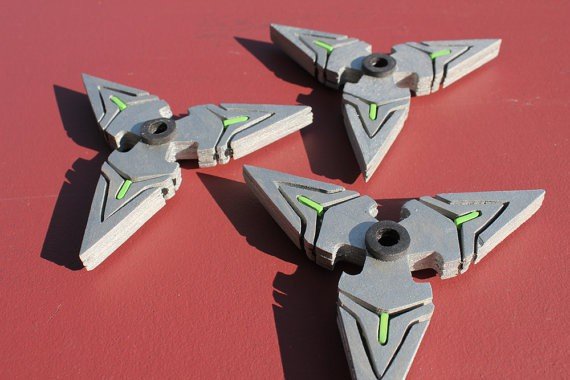 These are, by far, the best Tracer gun replicas we’ve seen so far, and although the price tag is a bit steep, you get both guns. 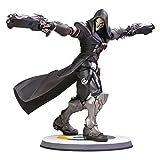 We’re really hoping we see some awesome Overwatch figures hit the market soon, but as of right now, there’s nothing announced. Bummer. We’d be hard-pressed to believe that if Overwatch becomes as successful as we think it’s going to that Blizzard wouldn’t create figures based on the game’s characters. For now, there aren’t any action figures in the works, at least that we know about.

There are so many cute Overwatch plushies on Amazon now that we don’t know what to do with ourselves, but the Ganymede plush is a must-have for OW fans. 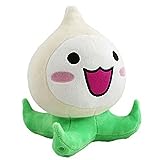 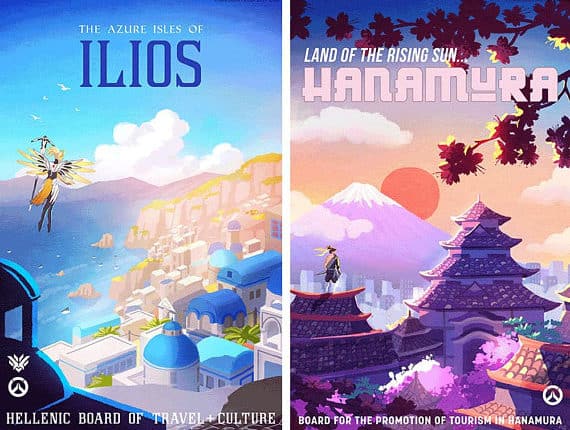 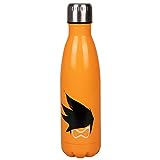 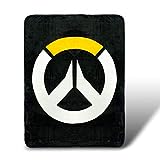 **Editor’s Note: We’ll be adding more of the best Overwatch merchandise we find as new products are announced, so stay tuned to this post or follow us on Twitter for updates.