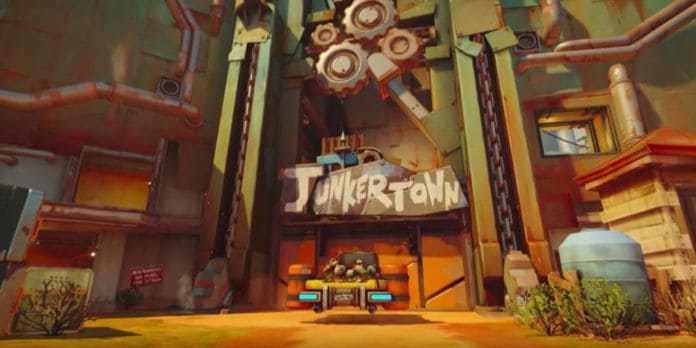 Luckily, it seems that the release of the Château Guillard map to Overwatch won’t be alone. Junkertown is coming too, according to a recent announcement from Blizzard at this year’s Gamescom.

As you can see by the trailer Blizzard released, the new map is very much themed after the characters Junkrat and Roadhog. Both of whom hail from the town that looks at motley as the characters themselves. 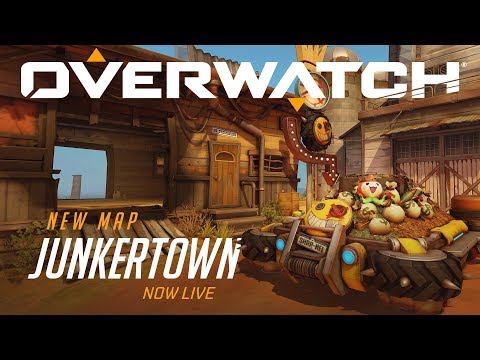 Junkertown is set in central Australia in an area where an old omnium factory exploded. The entire area became a wasteland in no time, but the survivors made do ever since, including Junkrat and Roadhog.

These survivors called themselves “junkers,” and they don’t take kindly to Junkrat or Roadhog. Apparently the two trouble-makers were kicked out of Junkertown for betraying the Queen of Junkertown, whoever she is. We have yet to meet her, but Junkrat and Roadhog seemed keen on giving her a piece of their mind. According to Junkrat, it may have been one of three things, stealing all her cash, blowing up her summer shack, or something about a bar. My money is on the summer shack, it was probably lovely.

Wanting to get back in, the two composed the perfect plan. They’ve rigged the load of gold and jewels seen in the trailer with explosives. Once it reaches the notorious Queen, it will explode. Theoretically, as long as neither them jump the gun or create something a little less than reliable. Nothing better than the ol’ Trojan Horse method to really surprise your enemies.

Junkertown is made entirely of the aforementioned omnium factory, inhabited by the “lawless” junkers and their “cutthroat Queen.” Their lives consist mainly of scavenging for parts among the wreckage of the factory’s original explosion. To blow off a little steam, there’s the Scrapyard, specifically for a gladiator type of event. participants fight for “glory, riches, and to survive.”

As it stands right now, we don’t know when Junkertown is going to go live. However, with the numerous changes in the works on the PTR right now, we expect it to go live whenever that patch does.