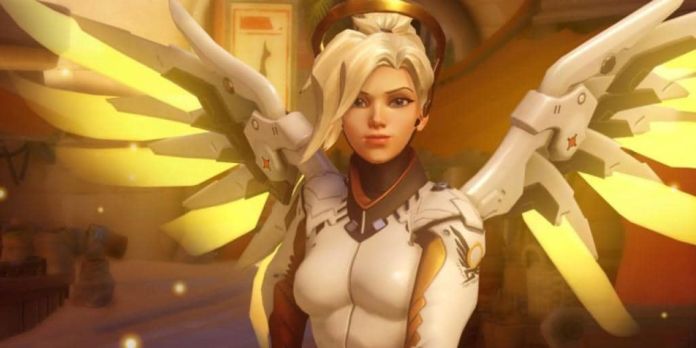 Developer Jeff Kaplan is back with another update to Overwatch, this time involving the favorite hero, Mercy. Due to players using her resurrection ultimate in a way that is, according to Kaplan, less than productive to how Overwatch is meant to be played. This tends to occur when players to decide to take Mercy and hide when she’s close to her ultimate.

Then, all team members are supposed to die at once. When that’s done, the player will use Mercy’s resurrection ultimate to bring all team members back to life. Such actions are not very fair to the opposing team either, as it erases all the effort they’ve put into wiping out the enemy team all at once.

In order to counteract this kind of abuse of the system, the Overwatch development team has decided to demote Mercy’s resurrection ultimate to a secondary ability. Now, resurrection has a cooldown period that is “rather long” and can only heal one target at a time. Again, instead of being able to bring back the entire team.

To fill the spot of ultimate comes the Valkyrie ultimate. As fitting to her character, Kaplan states that they’ve decided to put Mercy’s wings to good use. Once the Valkyrie ultimate is activated, Mercy can fly with full freedom and mobility. If that wasn’t enough fun, Mercy will also deal higher damage, heal fellow teammates faster, and move faster. All of this with a beam mechanic, so whomever is within the beam, will enjoy (or suffer) the effect of Mercy’s Valkyrie ultimate.

Kaplan explains that he hopes these changes will encourage more diverse and engaging play with Mercy, rather than taking off and hiding. He knows that there will be plenty of feedback on this change, and he welcomes it. Hopefully it will be for the better, as flying around being super-charged with everything sounds like a grand old time in any Overwatch session.

These changes to Mercy are currently be playable on Overwatch’s PC public test realm.