Oxenfree: A Reminder of How Powerful Games Can Be 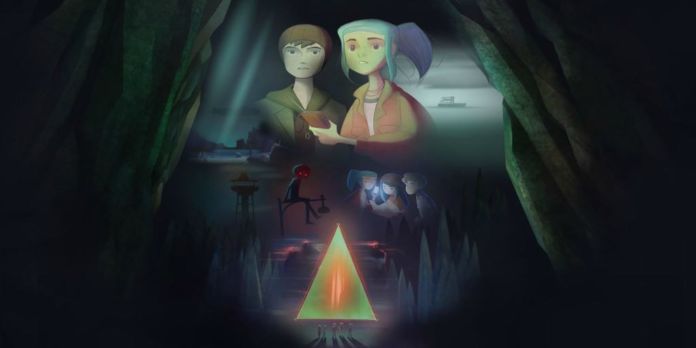 Described as a supernatural adventure game, Oxenfree made its debut in January 2016. 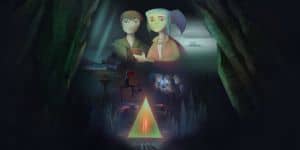 It’s one of many games that slipped through the cracks for me but, recently, it released on Nintendo Switch. Naturally, I had to have it.

All I knew about Oxenfree prior to my playthrough was that it’s story driven and trippy/creepy. Now that I’ve finished the game, I can confidently say that Oxenfree is, not only, 2016’s Game Of The Year (sorry Inside!); Oxenfree is the best game I’ve ever played in my life.

It’s rare, but not unheard of, for me to encounter a game that transcends genre preferences but—rest assured—Oxenfree is one of those games.

Regardless of how you feel about story driven games or the supernatural, you need to play Oxenfree. This game sidesteps the pitfalls of the story/choice driven genre with grace. And, in only a few hours, manages to take players through a wide spectrum of human emotion. I laughed, I cried, I panicked, I faced internal conflict, I (literally) turned myself upside down at one point.

Currently available on PS4, Xbox One (free this month via Xbox Gold), Nintendo Switch, Windows, Android, iOS, and Linux: here’s why you need to pick up Oxenfree.

First, some background on Oxenfree.

Oxenfree is described as an adventure game but it’s important to note that it’s very story driven. You play as Alex, a high school senior, who is taking the boat out to Edwards Island for an overnight beach party. It’s suppose to be a chill night of drinking on the beach but things quickly go awry when, following her friend’s advice, Alex uses her radio to try and pick up spooky signals only to open a ghostly rift. 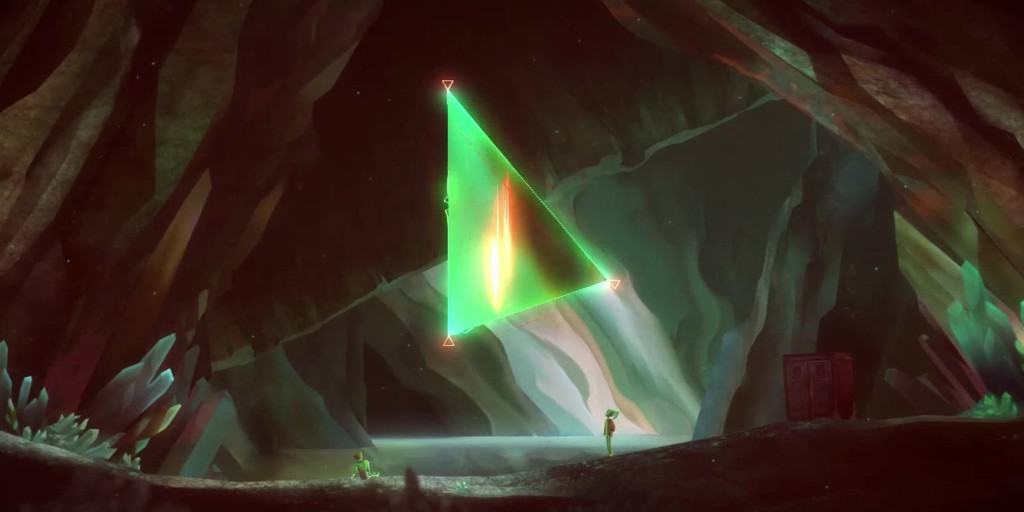 The bulk of the gameplay is centered on choosing dialogue options with a few easy puzzles interspersed throughout. The choices you make and the things you say have consequences; the game has multiple endings based on your decisions. Other than that, you’re exploring and executing plan after plan in an attempt to get you, and your friends, to safety.

On paper, this just seems like potential but Oxenfree delivers on all fronts.

All too often story driven games fail to create dynamic characters and, instead, are left with one dimensional people. From the good christian girl of Life is Strange to the total bro of Until Dawn, full character development rarely makes it to the final build. There’s nothing inherently wrong with archetypes; they exist for a reason. In fact, if we reflect on our own real lives we’ll find a handful or two of cliches. Still, good writing needs to go beyond this and fortunately Oxenfree does just that.

This isn’t to say the archetypes don’t, at times, exist; Clarissa is the b*tchy, domineering friend, Nona is her fairly quiet best friend (a cliche relationship in itself), and Ren is the chatty stoner guy. But these stereotypes are supplemented by additional qualities. Although I hate her as a person, Clarissa does eventually become more than a jerk in my eyes (still a jerk though, for sure). Other characters manage to avoid tropes altogether. 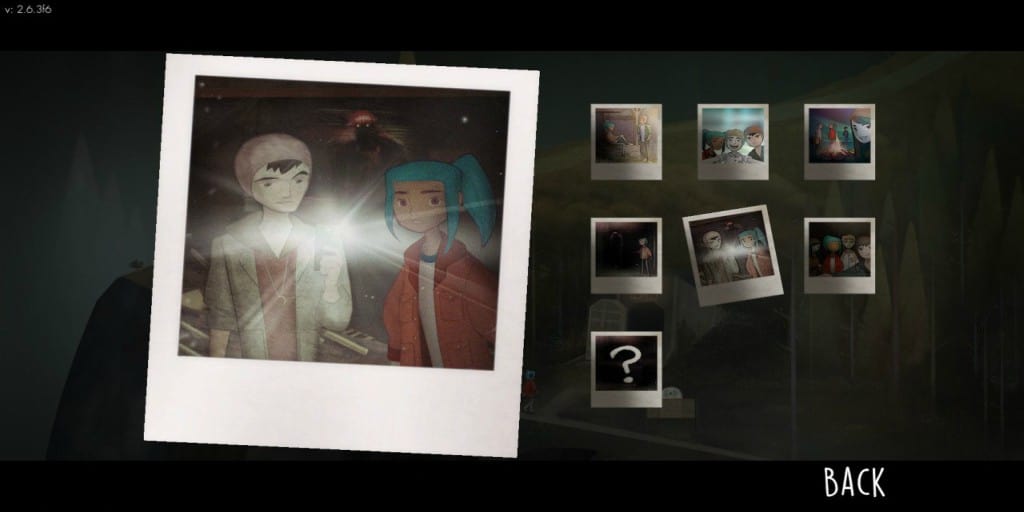 Alex, Jonas, and Michael don’t really have a shtick at all. (To avoid spoilers I won’t discuss Michael’s personality… we learn a bit about him throughout the story.)

Jonas is our new stepbrother, who we just met. He’s a bit reserved but well intentioned and kind. We play as Alex and get to know her as the game progresses but given the range of dialogue options Alex is whoever we want her to be. In that sense, we’re not so much getting to know Alex as we are creating her.

At the risk of getting too existential, the question of “Who is Alex?” becomes “*who am I/who do I want to be?” Often, I think that makes the most sense for a protagonist of a choice driven game. Impressively enough, while Alex functions as a blank slate each, the dialogue has enough flavor that she still feels like a full fledged person rather than a chunk of code. 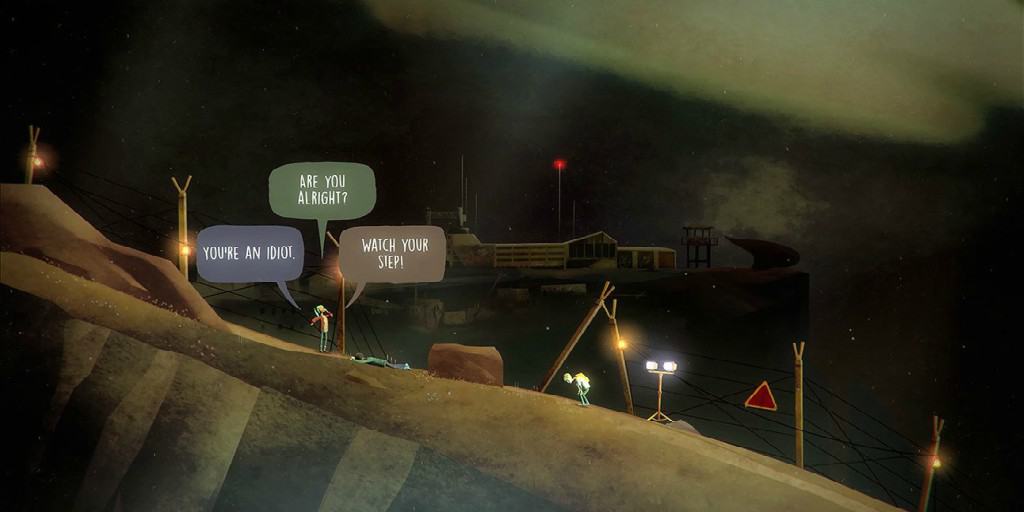 There are a few things that are really functioning well in Oxenfree’s dialogue system but the best thing it does is allowing the player to do nothing at all.

Conversations are constantly happening amongst the group. You’re given three dialogue options to choose from, whenever some sort of response would be appropriate. These speech bubbles appear and begin to fade. Once the bubbles have faded it’s too late to say anything. The brilliance here is two-fold:

People talk. Sometimes you respond, sometimes you say nothing, sometimes you realize you did want to say something but the moment has passed: all of these are accounted for in Oxenfree’s dialogue system. The speech bubbles fading away is the most calming in-game countdown I’ve ever experienced. I don’t feel like I’m being pressured to make a decision or rushed into anything. Rather, the speech bubbles fade just as moments do. Sure it can get a little chaotic at times (the option to talk whenever you want also means talking over people) but it’s real.

2) because you can choose to say nothing at all, the game feels realistic while satisfying any gamer’s play style.

You can be a quiet Alex, an aggressive Alex, a kind Alex, or just yourself as Alex (a combination of different attributes). One of the biggest frustrations I have with games that have multiple dialogue options is that sometimes none of them work for me. When none of the options fit the player/the player’s character it forces them into a corner. “I guess if I have to say something I’ll pick this.” The result is the player’s freedom and creativity is inadvertently stifled. In Oxenfree, I’m able to be exactly who I want to be. When everyone is sitting around the fire playing Truth or Slap I can tell them I think it’s stupid and won’t be playing, then I can proceed to throw rocks into the water, drink my beer, and literally walk away from everyone: 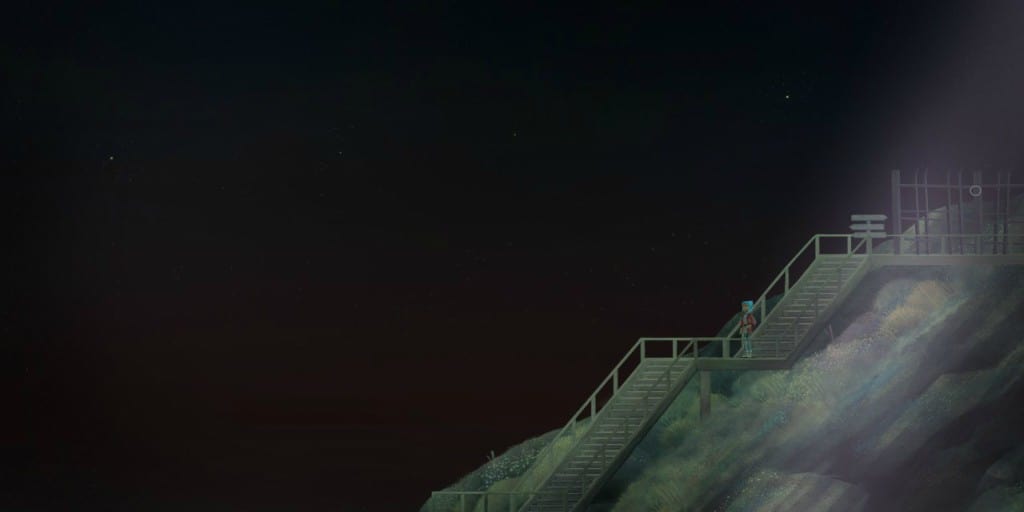 At last, a game where I can be my true self. This also increases my immersion in the game world.

Because of Oxenfree’s dialogue system, the game really does feel like just a couple of kids talking. And like any conversation amongst friends there’s tension, peculiar undertones, casual anecdotes, and heavy topics.

One second we’re throwing shade at Clarissa and the next we’re discussing the potential existence of God. Oxenfree leaves plenty of room for heart and humor in between all the action. 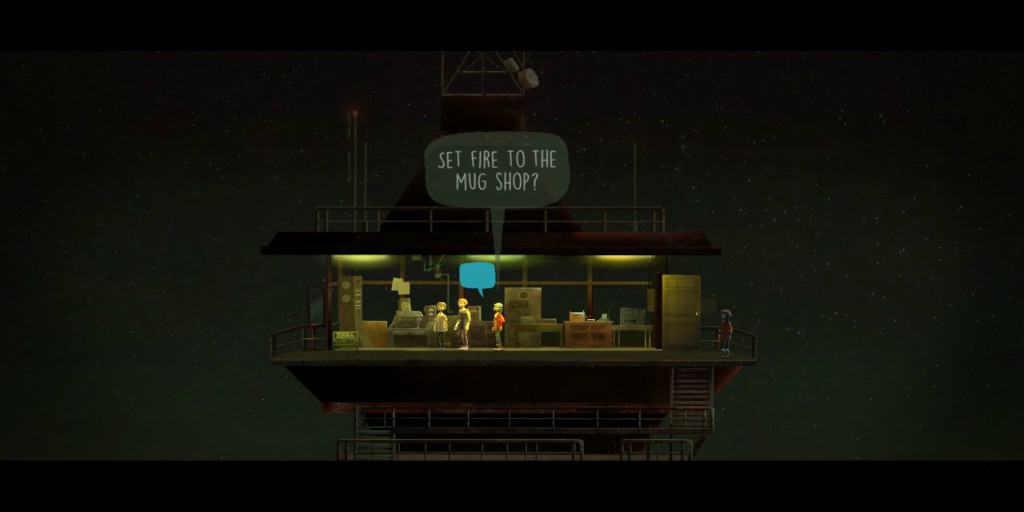 One compelling story, with more than one ending.

Oxenfree’s story is one crazy, heartfelt, sci-fi trip. It’s a game full of mystery and horror but also love and friendship. As the story unfolds, new questions arise. The second you start to make sense of things, more information is presented or new things happen that you didn’t realize were possible. 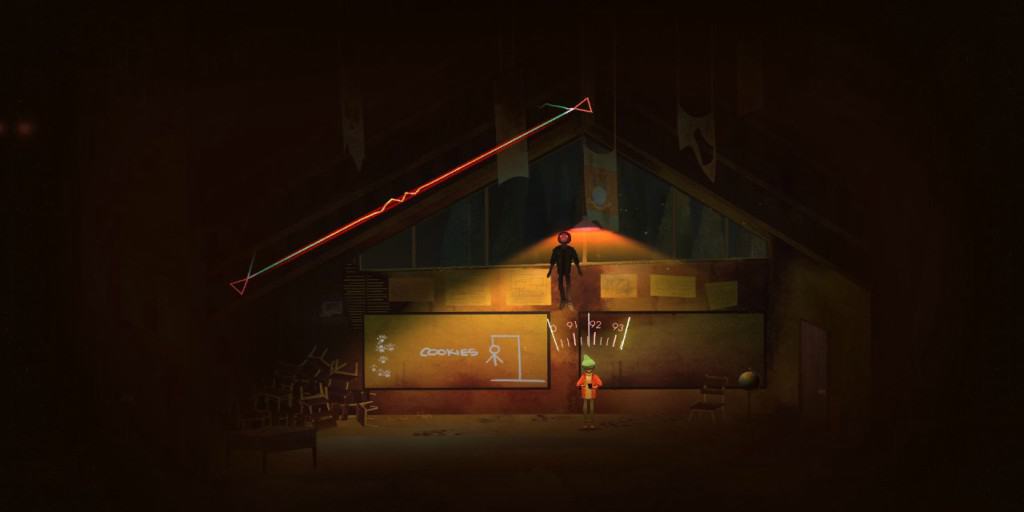 Because of this, your schema for what’s really happening on Edward’s Island is constantly adapting. This helps keep the story fresh and is one of the many factors that drives you to keep playing. If this game was a book, it’d be a page turned for sure.

While playing I was a little worried where the story would go and wondered if the ending would cheapen the whole experience. I spent a good hour praying the end of the game wouldn’t be something hokey (like “it was all a dream!”). I won’t get into specifics, but trust me, the ending(s) are well-crafted: providing closure without undermining the craziness that preceded the game’s conclusion.

But what surprised me the most was how emotionally moving this game is.

The following spoiler will not impact your in game choices but it does give away a surprise that added emotional weight to the scene for me. If you already plan on playing Oxenfree, skip it. But if you really need more specifics on what makes this game emotionally moving, feel free to read the spoiler.

Early on in the game we learn that Michael, Alex’s brother, died not too long ago from drowning. Once the real action of the game ensues, we experience “time loops.” You’ll get stuck reliving a tiny, current day, sequence over and over again and have to find ways to break out of it. For instance, you’ll be stuck in a specific frame of the game and the dialogue sequences from your peer(s) will repeat as Alex observes “wait, you said that already”; the characters have to break free of this loop.

Suddenly, one of the time loops tosses Alex far into the past… when Michael is still alive. You, as in Alex, acknowledge this explicitly but Michael doesn’t know what you’re talking about and is dismissive of your wild claims. You give up on trying to explain it or even get out of it. For a few moments you have your brother back. But you know it’s not really real. You know he’s going to die… in fact, he is dead. Still, you linger in the moment. You discuss the mundane. But everything you say has added weight to it. Your, “I’ve missed you” means more than Michael realizes. After a little while, you’re back in the present: stuck on Edwards Island with ghosts who are so cruel they make you relive experiences with your dead brother.

Every scene with Michael is wonderful and heartbreaking. As a player, all you want is Michael to not be dead. Seeing his kindheartedness and the loving relationship he had with Alex is torturous. But god, it’s beautiful.

Upon finishing Oxenfree, I had to take a step back. I had to go for a walk… take a long shower. I had to tell everyone about this game, text my friends that I love them, reevaluate my relationships, and ask myself “is leave possible?” Days later, this game is still weighing on me. Oxenfree leaves you with that content exhaustion that all good art leaves you with: a “wow” followed by a “where do I go from here?”

Oxenfree is the kind of game that reminds you what a powerful medium games can be. It’s a game I can’t recommend enough but I will certainly try.

Previous articleMiddle-earth: Shadow of War Review
Next articleMiddle-earth: Shadow Of War & The Future of Micro-Transactions
Janet Garciahttps://www.youtube.com/channel/UCnfZ6eVYE4X2dzDixD5cNrw/featured
Janet Garcia is an editorial writer with bylines at IGN, Kotaku, and more. Her favorite genres are platformers, puzzle games, and simulators but in reality she spends most of her time playing FIFA tournaments in her apartment.