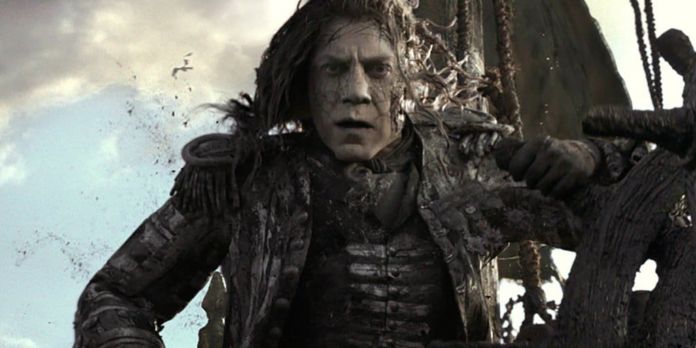 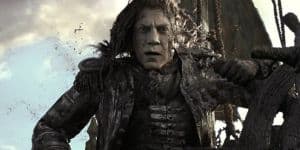 The Pirates of the Caribbean franchise has had an interesting ride since its inception back in 2003, as it introduced a number of iconic characters, locations, and set pieces that have worked their way into our larger popular culture. After a poorly received fourth film, Disney aims to deliver one last installment to wrap up all of the loose threads within the series. However, Dead Men Tell No Tales feels like a film that is simply borrowing various ideas from the previous four entries in the series. Even though Depp delivers another fun (if ultimately useless) performance, it’s not enough to save this uninspired mess of a film that offers nothing more than fanservice for those who have stuck with the franchise.

Pirates of the Caribbean: Dead Men Tell No Tales follows the pirate Jack Sparrow, William Turner’s son Henry (Brenton Thwaites), and scientist Carina Smyth (Kaya Scodelario) as they search for the mythical Trident of Poseidon. This item is believed to lift all sea-based curses including Will Turner’s (Orlando Bloom) connection to The Flying Dutchman and the ghostly pirate hunter Captain Salazar’s (Javier Bardem) rage induced immortality. Of course, Salazar has a bone to pick with Jack which marks Sparrow for death (again) and forces him to go hunting for another mystical ocean item. Captain Barbossa (Geoffrey Rush) also returns and pretty much does nothing for the majority of the film.

The plot itself has some compelling threads such as Henry trying to free his father and Carina attempting to make logic of all the supernatural occurrences in the movie. Yet, all of these interesting concepts eventually become lost because Jack needs to deal with literally the third cursed crew that has a score to settle with him. While it’s more than believable that Jack has pissed a few people off in his day, Jack’s involvement in this story feels completely arbitrary. It’s as if he exists solely to justify another lame supernatural enemy, as the main crux of the story is Herny’s and Carina journey. This is completely eclipsed and shoved to the side because of Sparrow, making these intriguing ideas nothing more than footnotes in the larger script.

Even the ghost crew itself feel like a watered down and less interesting version of the Black Pearl crew from the first movie. Salazar’s motives are not nearly as compelling as Davy Jones or Barbossa, which causes them to add nothing of substance to the story outside of being an antagonist. There are no real new ideas instilled in these villains outside of a single sequence involving undead sharks which doesn’t even make sense because Salazar’s crew are cursed not the animals around them.  Even the entire idea of them not being able to step on land is ripped straight from the second and third movie and exists simply for plot convenience. Thankfully, Bardem does a decent job with the material he is given and you can tell he’s having fun in the role. 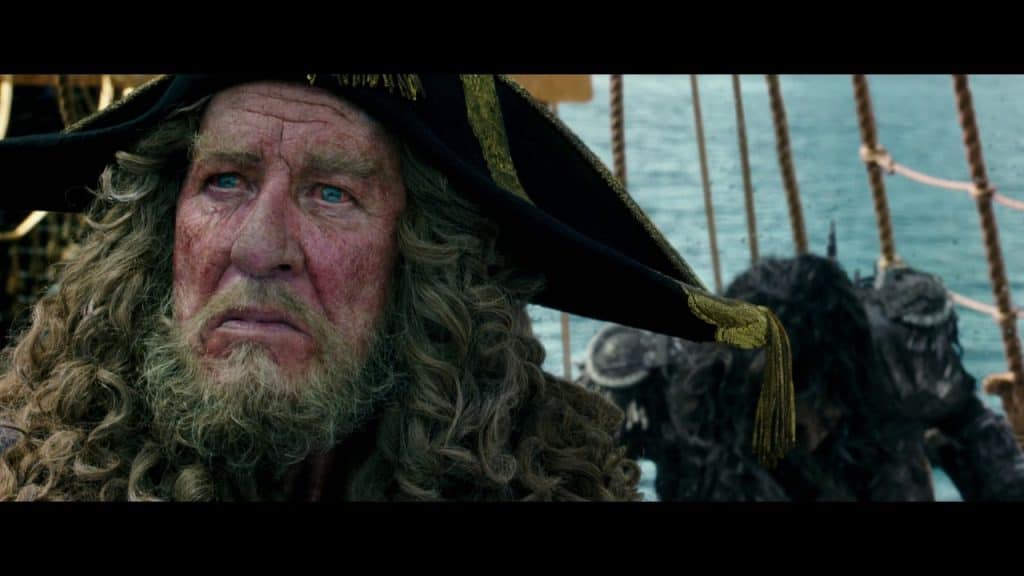 Carina and Henry’s story stood out as the best aspects of Pirates of the Caribbean: Dead Men Tell No Tales, as their goals and ideas are unique enough to drive the action forward. While it would have been nice for Will to show up for more than two scenes, Henry’s quest to save his father offers a nice resolution to the Turner family. While Carina serves mainly as a love interest once you reach the second half of the film, her independence and reliance on science is something we rarely touch upon in this franchise. Given there have been a ton of weird, unexplainable events in this series having a more “rational” person’s view is a nice change of pace.

However, the biggest issue is, of course, Jack who literally does nothing throughout the entire film and has no real big character change. Like the fourth film, Sparrow offers up nothing more than comic relief that is rather hit or miss in terms of execution. Dead Man’s biggest problem is that Jack is billed as the lead, but we’ve already seen that this doesn’t work. His character is not nearly complex enough to drive a story forward and this often causes many of his jokes to fall flat because they’re so frequently used. By the end of the movie, Jack is basically in the exact same place he was at the beginning of the film.

This is even more frustrating because there’s a genuinely new idea offered early on about how Jack’s crew is sick of his antics and lies, but it’s swept away and completely forgotten about. There was a chance for directors Joachim Ronning and Espen Sandberg to dive deeper in Jack’s relationship with his crew, but this is completely ignored. In fact, it’s as if they went out of their way to make Jack unlikable since every interaction he has with them devolves into him asking for money. At least the actual action he’s involved in is entertaining enough and gave serve as a nice distraction, despite some of the moments felt completely contrived.

Pirates of the Caribbean: Dead Men Tell No Tales is a film that shouldn’t need to exist, as it simply rehashes a majority of the first three films. There’s nothing truly original here outside of Henry’s story which never gets as much screentime as it truly deserves. Despite being involved in some fun action set pieces, Jack is completely useless here and doesn’t do much outside of his usual gags. Even though there is enough material here for the die-hard Pirates of the Caribbean fans to enjoy, Dead Men Tell No Tales is a film that simply lacks an identity. This is a movie that was better left stranded on a deserted island.