Last month, Sony announced that they were taking a page out of Nintendo’s playbook and would release a retro system of their own in the PlayStation Classic. The publisher shed some new details on the system this morning, including the full list of 20 PlayStation Classic games that would come preloaded on the console.

When Sony first unveiled the PlayStation Classic, they only confirmed a handful of titles in Final Fantasy 7, Tekken 3, R4: Ridge Racer Type 4, Jumping Flash!, and Wild Arms. The mediocre list made many people suspect that the system would be worth a purchase. But now that Sony has officially confirmed the 20 PlayStation Classic games comprising the retro console’s roster, things look much more impressive. Here’s the full line-up:

There are definitely some omissions here. The original Tomb Raider seemed like a no-brainer, but that may have been complicated due to the series’ recent alignment with the Xbox One. Final Fantasy Tactics would have been an nice addition. And Castlevania: Symphony of the Night seemed like a must-have. But with the game just being repackaged and released on PlayStation 4, adding it probably wasn’t an option from Konami. 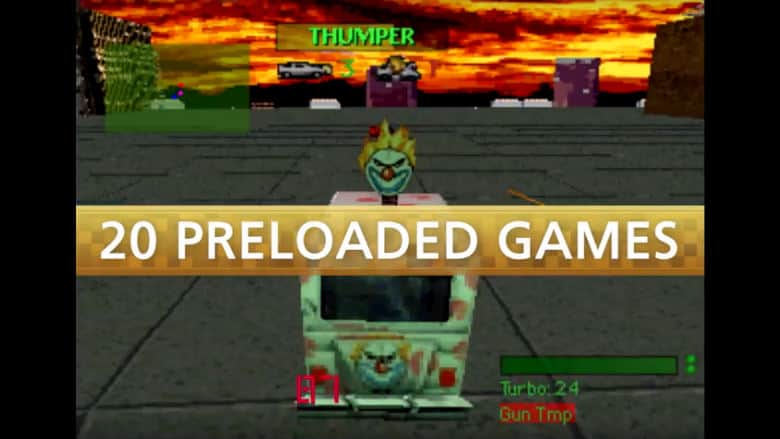 With a console as iconic as the original PlayStation, there are always going to be games that fans will lament aren’t being included. But what we are getting is pretty impressive nonetheless. For $79.99, we get the aforementioned 20 PlayStation Classic games, two original PlayStation controllers, and an HDMI cord to connect your 45% smaller system to your modern television.

Memory cards are no longer necessary as saves are stored internally. And Sony has confirmed that there won’t be any option to download further games in the future. The above list of 20 PlayStation Games is final, and you can start reliving them once again when the system launches December 3rd.