Exactly a month away, Sony has begun teasing what their diligently preparing for us at PlayStation E3 2018. The title’s confirmed to be on display are incredibly exciting, if not altogether expected. 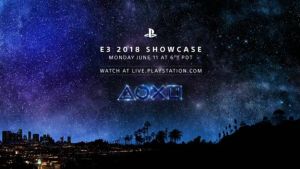 Layden must have been feeling generous – or cocky – as the Chairman then teased some of the game’s that PlayStation will be offering extended glimpses of at the show “in a rare break of tradition”:

“In a rare break from tradition, we wanted to give you an early glimpse at what to expect heading into the Showcase on June 11. PlayStation’s Worldwide Studios will be at E3 in full force to provide you with an exclusive look at four upcoming titles: Death Stranding from Kojima Productions, Ghost of Tsushima from Sucker Punch, Marvel’s Spider-Man from Insomniac Games, and The Last of Us Part 2 from Naughty Dog.”

None of these games are surprise additions to the PlayStation Showcase. They’re tent pole titles for Sony. But an extended look at each, and perhaps even gameplay from Ghosts of Tsushima and Death Stranding, would be a welcome addition.

Layden confirmed it won’t just be these big four though. Of course, we’ll have stellar announcements from third-party publishers and independent developers, who are all busy devising innovative new experiences that will make your heart race and your emotions soar — whether you’re playing on PS4, PS4 Pro, or PS VR.”

No word on whether Sony will be collaborating with theaters across the nation yet to watch the E3 Showcase on the big screen. However, Layden promises more details will be announced down the line as E3 approaches.

Sony also confirmed that the company will reintroduce its Road to Greatness Tour for 2018. “The PlayStation Truck is back on the road for 2018” says today’s trailer. With 8 stops planned for May 12th through August 29th. And even if you’re city isn’t on the list, Sony suggests that you “Chime in below with what US city you’d like us to visit next. No guarantees, but we’ll keep your notes in mind. More stops are added all the time.” 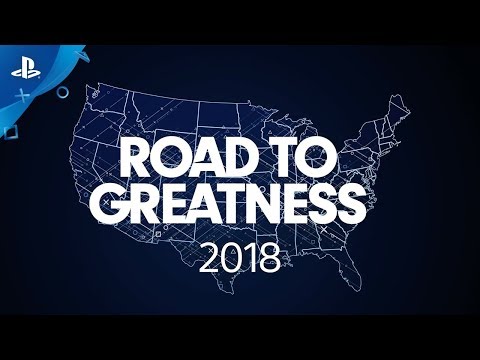