10 Best Playstation Exclusives We Want to Make a Comeback (Updated!) 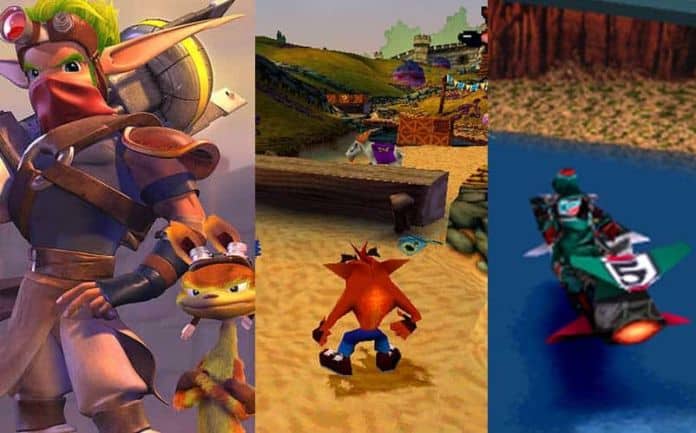 The recent announcement of Oddworld: Soulstorm has got us feeling nostalgic for our favorite old-school Playstation franchises. There were some amazing titles that were exclusive to Playstation/Playstation 2 that we’ve neither seen nor heard from in years, and that we would love to see remakes of or — better yet — sequels to for PS4.

Read on for a list of our favorite PlayStation exclusives of yesteryear that seem to have all but vanished (except, of course, in our hearts). 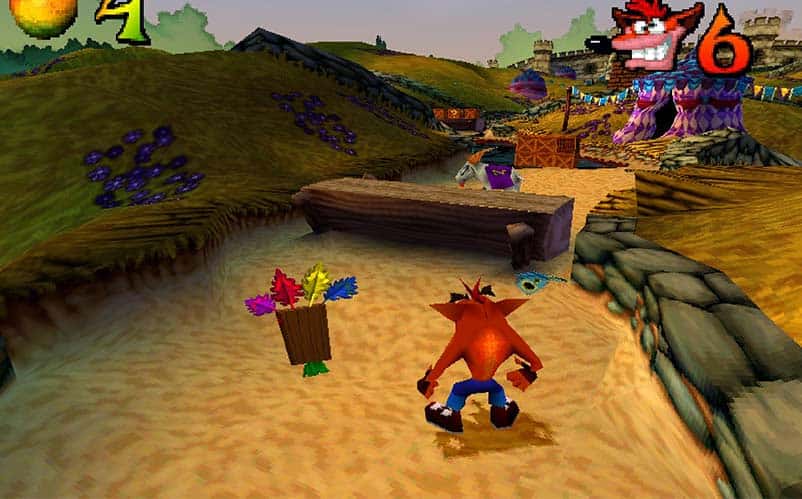 First and foremost on the list, of course, is everybody’s favorite video game marsupial and unofficial mascot of the original PlayStation. One of Sony’s global Twitter accounts teased fans on February 6th by tweeting an image of Crash on a western-style Most Wanted poster; since then, the internet has been abuzz with rumors of a reboot, but nothing has been officially confirmed. As far the public knows, the franchise still belongs to Activision, despite whispers that Sony has bought the rights from them. This year marks Crash’s 20th anniversary, however, so we’re crossing our fingers for a big announcement from Sony at E3. The last we saw of our furry, orange, denim-clad friend was in 2008, with the release of Crash: Mind Over Mutant. 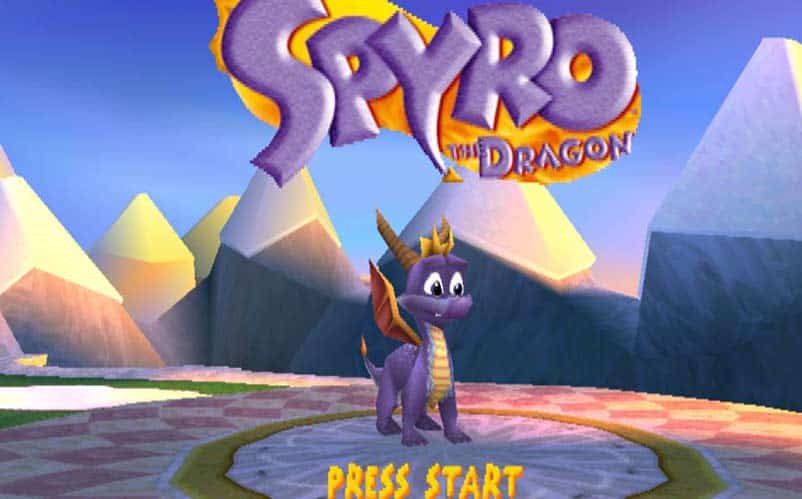 Likewise, we are sorely missing this adorable little dragonling, known for his fierce attitude and penchant for headbutting sheep. Unfortunately, the only place we are likely to see him these days is in Skylanders (although you can see the first stage of Spyro the Dragon remade in Unreal Engine 4). Admittedly, Spyro is no longer exclusive to PlayStation, as he’s ventured onto other consoles since his original creation.

In 2014, when asked about Spyro making a comeback, Insomniac CEO Tim Price told IGN, “never say never…who knows?” However, Insomniac has not owned the rights to the franchise since the original three games, and while Activision may feature him in Sklyanders, they have not announced any plans for a game centered around the beloved purple dragon. The last we saw of him before Skylanders was Spyro: Shadow Legacy, which was released for Nintendo DS in 2005. 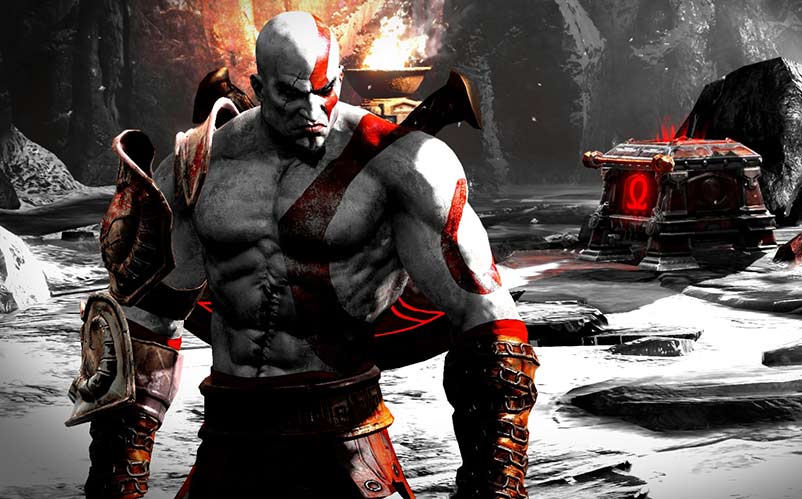 Kratos’ journeys are widely considered to be some of the best stories in gaming, and the games are of the highest quality. Generally speaking, God of War is a badass franchise. In fact, so far at least, they’ve ALL been well-received. But now we’re in the PS4 era, and we haven’t received official word of a God of War 4 (only murmurs and whispers). GoW 3 was the pinnacle of the franchise, and hopefully Sony can take what worked well and make it even better. With Sony recently releasing a God of War: Remastered, it’s probable that the big GoW 4 reveal is only imminent, and we’d be surprised if Sony didn’t show it to us at E3 2016.

Mark of Kri has always been one of the dormant PlayStation franchises that we miss the most. Sending that raven flying to scout ahead was one of the best mechanics of its time, and it made Mark of Kri incredibly unique (and fun, of course). Now, MoK has sort of morphed into God of War, and if you dare to say that GoW wasn’t heavily influenced by Kri, I’ll fight you in the streets right now.

Rau’s story was interesting, and Kuzo quickly felt like your own companion. For its time, it was a truly unique stealth game, and now there are so many games like it and influenced by it that we’d love to see a Mark of Kri reboot comeback with a vengeance. 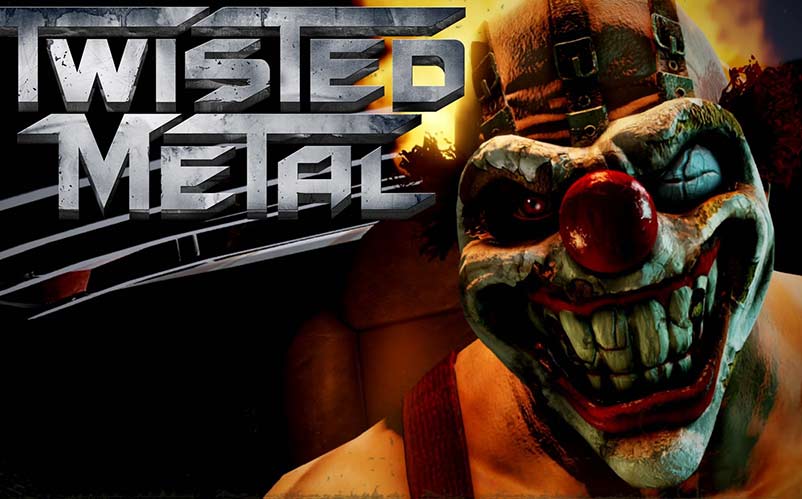 Vehicle combat just hasn’t been the same since the golden days of Twisted Metal (pre Twisted Metal 4). There have been innumerable car combat games that haven’t been able to scratch the itch left by the now dormant Twisted Metal franchise — Hardware Rivals, Rage, and Blur to name a few. None of these games were able to bring the same mayhem we crave like Sweet Tooth and Mr. Grimm. The last game in the franchise, simply titled Twisted Metal, was one of those video game reboots that just didn’t work out how Sony thought it would — it was middling, at best. Now, we’re in the PlayStation 4 era, and we haven’t received any mention of a new Twisted Metal PS4 game.

One of my personal favorite RPGs (and one of the most overlooked), Arc the Lad: Twilight of the Spirits, launched on PS4 back in January, which only succeeded in making me fervently wish for a new installment in the series. Sony got all our hopes up when they filed a trademark for Arc the Lad back in 2013, but obviously nothing came of it other than a re-release of the existing title. While not necessary groundbreaking, Twilight of the Spirits was a solid game, with impressive graphics for its time, a memorable story line, and challenging combat. The sequel, End of Darkness, fell a little flat in comparison; it would be amazing if a new game were made for PS4 so the series doesn’t end on a sour note. 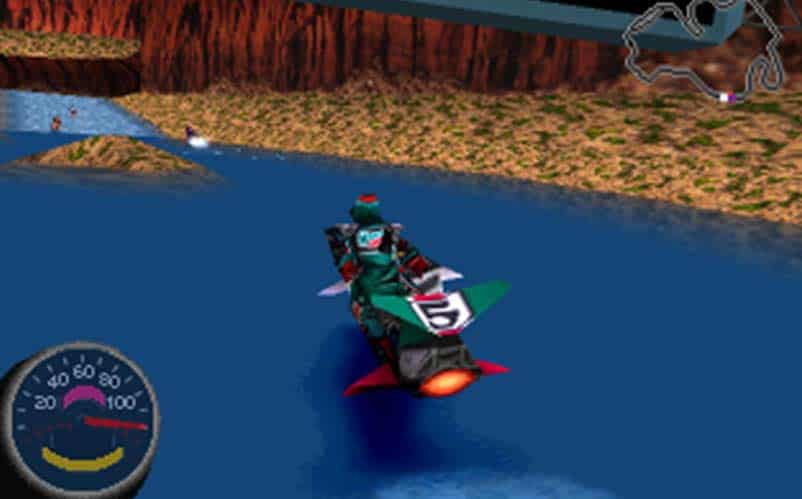 The Jet Moto franchise was a top-notch futuristic racer developed by 989 Sports, but its style of racing gameplay hasn’t been prominent since the Xbox 360/PS3 era. You’ll find tons of clones in any arcade you visit, with games like Hydro Thunder, Wave Runner, and X Games SnoCross being popular titles. But Jet Moto basically started it all. Racing across various terrains at high speeds and finding shortcuts at every turn was the name of the game.

Although the franchise was loved, we haven’t seen a new release in over 16 years, although there were two different games put into development that were subsequently cancelled.

Snowboarding games have fallen way off, haven’t they? What was the last great snowboarding game? Cool Boarders was widely considered a top-notch snowboarding game back in the original PlayStation era. If I remember correctly, the last game in the franchise was Cool Boarders 4, and we haven’t heard anything new about the franchise since its release. The developer behind the game, UEP System, moved on to release Shaun Palmer’s Pro Snowboarder, and then they disappeared in 2001. Since then, Cool Boarders hasn’t been even mentioned by Sony, so we don’t even know if they still own the licensing to the franchise. Although, we’ll have to assume they still own it since we haven’t heard otherwise. It looks like Sony’s 989 Studios is the company listing the games on Amazon, so we are going to assume they’d develop a new game.

Now would be the perfect time for Sony to introduce a Cool Boarders reboot, wouldn’t it? There’s literally no mention of any extreme snow sports games on our new generation of consoles, and it was a much-loved franchise. We don’t know how big the market is for snowboarding games, but a Cool Boarders PS4 game is definitely something we’d want to play. 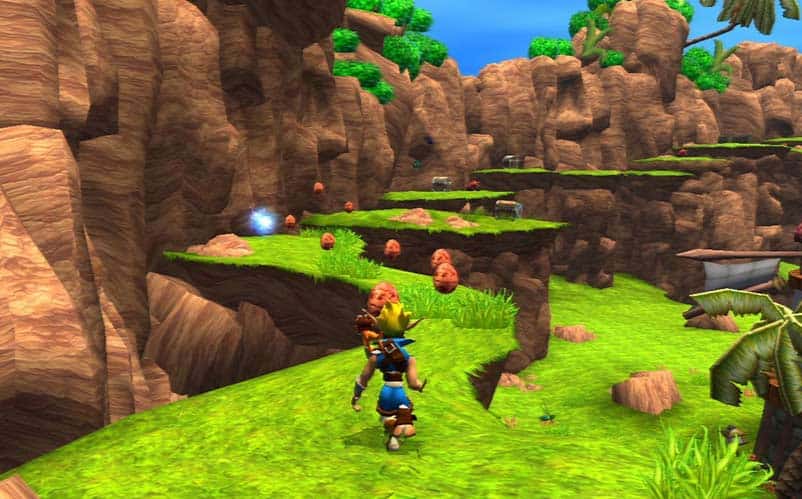 We were incredibly disappointed when Naughty Dog told us to not hold our breath for a new Jak and Daxter game back in November. The studio noted that they tried various directions for the franchise, but nothing stuck, and they don’t want to force it just to release a new game in the franchise. There was a certain level of charm to The Precursor Legacy and the games that followed, mostly due to the style of animation that felt unique. Hopefully, Naughty Dog will take a break from their heavier franchises like The Last of Us and Uncharted to give it the old college try one more time to find something that works because like many of you reading this, we’re impatiently awaiting a new Jak and Daxter game.

Parasite Eve is an action survival horror RPG developed and published by Square, and first released for PlayStation in 1998. It was created as a sequel to the novel Parasite Eve by Hideaki Sena, was the company’s first M-rated game, and can best be described as something of a cross between Final Fantasy and Resident Evil. Square dubbed it the first “cinematic RPG” due to the stunning cinematics and story-driven gameplay; it also featured a kick-ass female heroine, Aya Brea, and unique combat system. After an Aya Brea easter egg in the Final Fantasy VII remake E3 trailer (in which she appears on a poster), fans have been hoping that a new Parasite Eve is coming as well, but nothing has been announced thus far. The last game to be released was The Third Birthday, the third installment in the series, which came to PSP in 2010. We also included it on our list of 20 Forgotten Role-Playing Games.