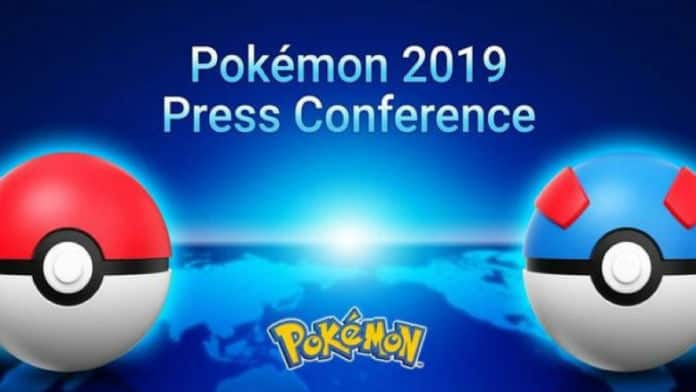 Yesterday evening, The Pokémon Company held their now annual Pokémon Press Conference in which they unveiled a slate of new projects within the realm of these Pocket Monsters. Four announcements were made, with the reveal of Pokémon Home, Pokémon Sleep, Pokémon Masters and a new Detective Pikachu for Nintendo Switch.

Announced first was Pokémon Home. The Pokémon Company describes it as “a new cloud service app that lets players continue their Pokémon adventures beyond a single platform.” Seemingly the successor to Pokémon Bank, it allows the storage and transfer of Pokémon across Pokémon Bank, Pokémon: Let’s Go Pikachu, Pokémon: Let’s Go Eevee, Pokémon Go and the upcoming Pokémon Sword and Pokémon Shield.

The Pokémon Home app is being designed for both mobile and Nintendo Switch. It’s expected to launch early next year.

Pokémon Sleep was also unveiled at the Pokémon Press Conference. It’s a device similar to Pokémon Go Plus which utilizes an accelerometer track your sleep and sends the information to your smartphone via Bluetooth.

It also has all the same functions as the original Pokémon Go Plus, so you can upgrade and use Pokémon Sleep for everything Go related and more. Devices should begin rolling out next year.

A new mobile project entitled Pokémon Masters was also unveiled. Developed by The Pokémon Company and DeNA, the game should be hitting phones later this year. Details are slim, with only a tease which states “Pokémon Masters lets players experience a new type of Pokémon battling on the go, and it features many famous Pokémon Trainers from the long history of Pokémon video games.”

The last unveiled that a sequel to last year’s Detective Pikachu game is in the works. It’s being developed for Nintendo Switch and “will be a conclusion to that story” which ended on a cliffhanger. No release window was given.

All of this news, of course, excluded anything relating to Pokémon Sword and Pokémon Shield. Nintendo announced earlier this week that the upcoming duo of mainline RPGs will have a Nintendo Direct of their very own go live on June 5th. Set your Pokéwatches accordingly.

Previous articleGOTRAX Glider Electric Scooter Review
Next article3 Best Routers for Gaming on PS4, Xbox One, & Switch (2020)
Jeff Scott
Growing up a 90's kid, Jeff found his love for gaming during Nintendo's heyday. Because of that, you could (perhaps sadly) call him a "Nintendo Fanboy" to this day.