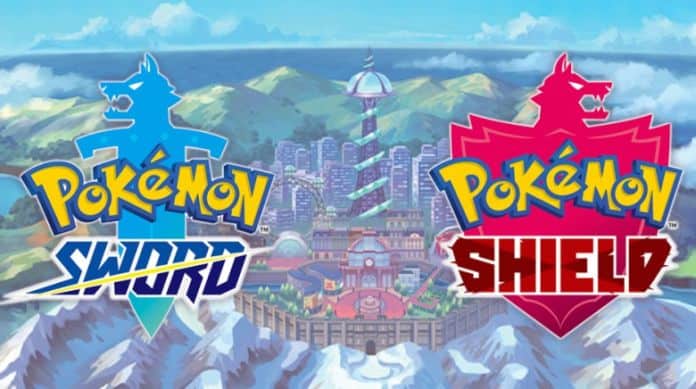 The next mainline Pokémon games are called Pokémon Sword and Pokémon Shield. This next generation Pokémon game will release simultaneously worldwide in late 2019. Taking place in the Galar region, players can expect a mix of urban cityscape and idyllic countryside.

Today, we were also introduced to the three, new starter Pokémon: Scorbunny, Sobble, and Grookey. Scorbunny is a fire bunny with the ability to scorch its opponents; it’s always “running about, bursting with energy.” Sobble is a”somewhat timid water lizard that shoots out attacks as it hides in the water.” And Grookey is a grass primate “full of boundless curiosity.” 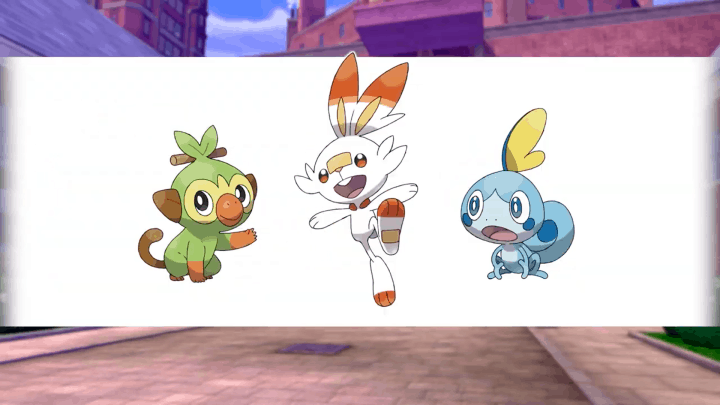 The footage suggests you can’t see the Pokémon in the grass and approach them intentionally, the way you could in Pokémon Let’s GO. But both wild and trainer battles will be part of the adventure. Of course, as noted onscreen, this footage is “not actual gameplay footage”. Pokémon Sword/Shield do seem similar to Let’s GO in its art style. The direct showed off sprawling fields, windmills, eerie forests, and whimsical underground caves.

According to the game’s official website, “you’ll visit the various Gyms in the Galar region, aiming for the enviable and admirable title of Champion!” This differs from what we saw in the 2016 release of Pokémon Sun and Moon, in which Gyms were replaced by Trials. That being said, it’s possible that Gym battles aren’t the only key task moving the story along.

All of this information arrived via Nintendo’s Pokémon Direct which had been announced just yesterday. The presentation ended with a promise that even more Pokémon content will be coming throughout 2019. It’s not clear if this will involve new announcements or is just continued support for the Pokémon GO app alongside the, already announced, upcoming Pokémon: Detective Pikachu film.

Want to know what other upcoming Switch games are on the way for 2019? We’ve got you covered.

Previous articleRick and Morty Socks by Stance: Dipping Sauce & Crash Landing
Next articleMr. Freeze Q-Fig is Too Adorable
Janet Garciahttps://www.youtube.com/channel/UCnfZ6eVYE4X2dzDixD5cNrw/featured
Janet Garcia is an editorial writer with bylines at IGN, Kotaku, and more. Her favorite genres are platformers, puzzle games, and simulators but in reality she spends most of her time playing FIFA tournaments in her apartment.