4 Pop Culture Trends We Can Leave Behind in 2018…PLEASE! 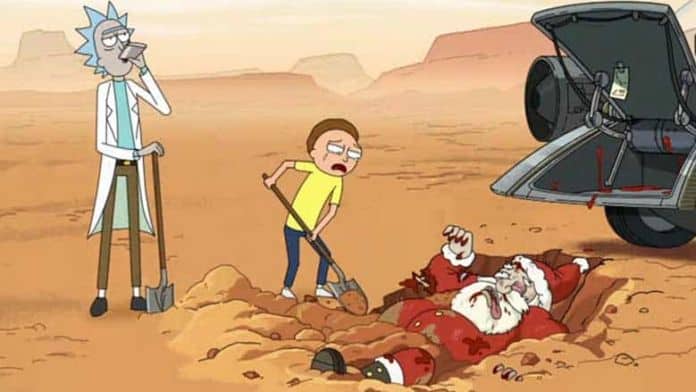 I recently wrote here about how now is as good a time as any for movie and tv fans to let go of their obsession with Rotten Tomatoes and use their own powers of interpretation when it comes to art.

In the wake of Star Wars: The Last Jedi opening to divisive reactions, some fans have taken to calling for Rotten Tomatoes to be shut down over positive critical reactions to the film, and for the film to be removed from the overall Star Wars canon.

While it’s kind of reassuring that DC fans aren’t the saltiest fanbase out there at the moment, it’s more just a reminder of how sad things became in 2017.

Obviously there are more, ahem, distressing things going on in the world, but it’s clear the culture around the film and television mediums took a big hit last year as well.

In the spirit of making 2018 better, let’s look back at some film/tv fan trends of last year that are better left forgotten. 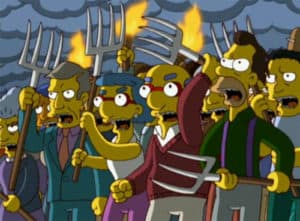 I can’t believe this needs to be said, but I say it with the best of intentions: nobody cares about fan petitions. Fans may be an important pillar in the success of a franchise at the box office, but that doesn’t mean that they call the shots.

To express interest in an alternative cut of a film is one thing (feasible or not; 13-person protest or not) but to demand that a multi-billion dollar franchise toss years of planning and work out the window because “Luke Skywalker/Batman/whoever wouldn’t do that” is the height of arrogance.

You know what studios do pay attention to? Ticket sales. That’s about as loud and clear a message as one would need.

Not to mention, with all the shit going on in the world right now where a petition could be a viable and important means of redressing grievances, you waste it on this?! Enough.

We had a good run, but it’s over. Marvel got it right; everyone else fell flat on their face.

This year saw Marvel push into new heights of greatness with Guardians of the Galaxy Vol. 2, Spider-Man: Homecoming, and Thor: Ragnarok.

Meanwhile, DC had a verified hit with Wonder Woman and an extended unravelling of their plans with Justice League.

Need we even mention the embarrassment of Universal scrapping their planned monster-verse after their inaugural film, The Mummy, was dead on arrival?

By the time other potential properties took note of Marvel’s enormous success with The Avengers, the studio had already spent four years building up to that high point with solid, single-character films that didn’t hammer the world-building home too much (Iron Man 2 being the exception). Other properties haven’t shown that level of patience, rushing right to the big culmination without ever making sure audiences were invested in the first place.

With DC currently reconsidering its extended universe approach, the Dark Universe all but eliminated, and a kinda-connected, kinda-not Spider-Man universe on the way from the brilliant Sony producers that tanked the franchise numerous times already, please let 2018 be the year everyone realizes that extended film universes should be the exception, not the norm. 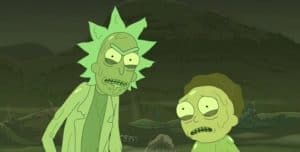 Rick and Morty is a near-perfect show that has had its share of not-so-perfect fan moments. For every 9 viewers who love the show in a healthy way, there’s always gotta be that one. The one who thinks they’re the spitting image of Rick, when really they’re just a gross Cronenberg Jerry.

From some fans harassing the show’s female writers on reddit, to near-riots over an artery-bursting McDonalds sauce the show hyped, to all these cringey memes, Rick and Morty fans did more this year to turn people off from the show than the show itself ever could.

I mean, it’s a really good show. Like, really really good — “Pickle Rick” is easily one of the best episodes of television from 2017. But come on, it’s not so good as to embolden someone to be a complete ogre. Rick and Morty and Star Wars both taught us anything in 2017 that sometimes a healthy degree of separation is needed between fans and the things they love.

December of 2017 saw several major film releases that were highlights of the year. Star Wars: The Last Jedi, The Shape of Water, The Disaster Artist, Molly’s Game, Jumanji: Welcome to the Jungle — all of these film were either box office success stories, made a number of year-end “Best of” lists, or have entered into consideration in major awards categories. They all also came out in wide release within three weeks of each other.

Rewind two months to October 2017, and with the exception of Blade Runner 2049, the multiplex was an absolute wasteland. With movies like Happy Death Day, The Snowman, Jigsaw, Geostorm and Marshall, October ended up being a complete filler month.

2017 was like many years where there was a wealth of good film for viewing, but it was also like many years in that those films weren’t distributed very effectively. Studios still pack the holiday season with blockbusters and awards-contenders alike, hoping to capitalize on family gatherings and short academy-attention spans, respectively. But that type clustering leaves entire other months to languish while we wait for more anticipated fare.

Yes, it’s cool that we got Thor: Ragnarok, Murder on the Orient Express, Justice League and Coco all within the same month, but when the best we could have hoped for in a month like August was The Dark Tower, Annabelle: Creation and Logan Lucky, it just looks like a lot of missed opportunity.

Recent years have seen the film industry wake up to the potential in a month like February, with films like Deadpool, Get Out, John Wick Chapter 2 and The Lego Batman Movie all capitalizing on audiences’ desire for good movies. Hell, Black Panther just broke first day pre-sale records for a Marvel movie.

Now, I can only hope Hollywood wakes up to the Januarys, Aprils and Augusts.

Previous articlePUBG Anti-Cheat Security Coming In Next Update
Next articlePlaymates Voltron Classic ’84 Toys
Schuyler Houtsma
Schuyler is a Minnesotan millennial movie maestro who has been known to, on occasion, like a few things. You can find more of his film-related stuff at <a shoutsmamovies.com or tune into the Super Movie Studies podcast for multi-subject talk on superhero movies.