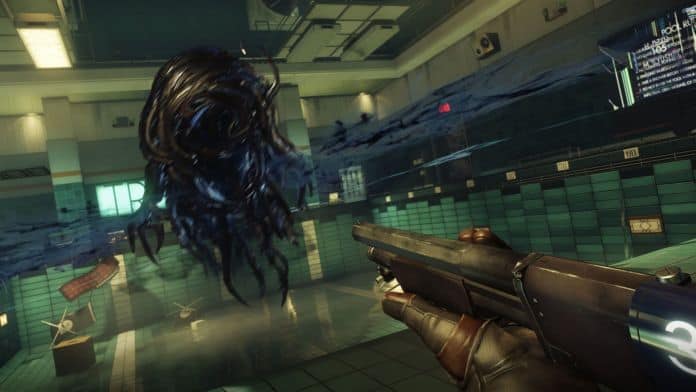 Prey’s opening moments feel like a beautiful dream that you’ve awoken from only to discover you’re in a nightmare. There’s a wonderful sense of deception laced into the very foundation of Arkane Studios newest game that forces the player to question every character, story thread, and even objects during the 15-20 hour run time.

It’s impossible to ignore the influences that clearly have inspired this reboot, as concepts from games like Deus Ex, Bioshock, and Dishonored ooze from every art deco sculpture or technological enhancement you acquire. However, Arkane takes a lot of these ideas and attempts to mold them into something unique and for the most part, it succeeds.

Set in the year 2032, you play as Morgan Yu (who can be either male or female depending on your choice) who is one of the heads of a powerful future-tech company called TranStar. After a rather dramatic incident, Morgan wakes up on the space station Talos I to discover it has been overrun by a deadly alien race known as the Typhon. Your mission is to not only survive this floating death trap, but discover the truth behind TranStar, the Typhon, and ultimately yourself.

While this may sound simplistic, Arkane Studios have done a fantastic job at developing the various characters and their motives throughout the game. Many of the principle characters have their own desires and complicated relationships with one another that Morgan will constantly find himself engaged in. Despite some rather predictable plot points, the story is enjoyable and embraces the horror/science fiction roots it draws from heavily. There’s a genuinely interesting world and narrative to unravel and players are rewarded for reading the various emails, notes, and books scattered throughout Talos I.

However, due to Prey’s rather lengthy play time, the game suffers drastically from pacing issues around the halfway point, losing a sense of urgency as the player is bombarded with fetch quest after fetch quest that feels like Arkane was trying to artificially lengthen the game. The story rarely develops in a meaningful way, and it quickly results to nothing more than pointless busywork. Much of this vanishes during the final portion of the game, but getting to this part can be a bit of a slog. 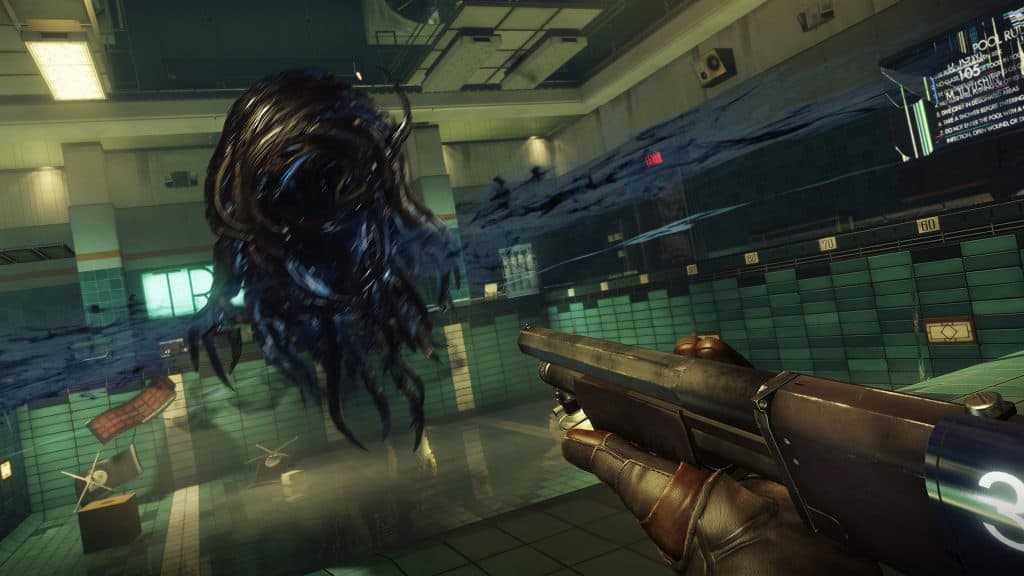 This is broken up by plenty of side quests strewn about the space station, each one usually requiring more than one step to accomplish. Some are as simple as locating a dead body, while others require a bit of detective work to figure out. These are the highlight of Prey’s storytelling as it allows the player to understand the various people that worked on Talos I. Some are even still alive and will require you to make choices that can affect their outcome within the world. These usually never had a major or any impact on the overall story, but still serve as nice vignettes during your time with the game.

Much of this is thanks to the game world you get to explore, which is fantastic and exceptionally well-designed, with every area feeling as if it got a personal touch. Typically, there are multiple ways to enter one area, allowing for players to experiment with how they approach objectives. Prey never feels like it’s punishing the user for trying a certain playstyle, and the game always encourages experimentation via the Neuromod system. These items act as the various skills that Morgan can learn during his journey, however, there are only a certain amount of Neuromods in Prey so you’ll need to choose carefully. This not only encourages multiple playthroughs, but only enhances one Morgan can learn some of the alien’s abilities.

Sadly you won’t be able to use these extraterrestrial skills until the halfway point of the game, which is puzzling because the various Typhon powers are what makes this title so unique. What’s worse is that when you reach the point where you can unlock these abilities, they not only require Neuromods, but for the player to go out and scan different types of enemies multiple times. This is exceptionally annoying because it feels like Prey’s most interesting gameplay mechanic is gated off to the player.

Combat does open up once you are able to obtain some alien skills as you regenerate health, create an ally from a human corpse, or grab items from a distance. Every power is incredibly fun to use and help add more diversity to the rather straightforward gameplay. The catch is that the more Typhon abilities you acquire the more like them you become meaning that turrets and other technological devices will begin to register as a foe rather than a friend. It’s a nice balance and keeps the player from becoming to stupidly powerful early on in the game. 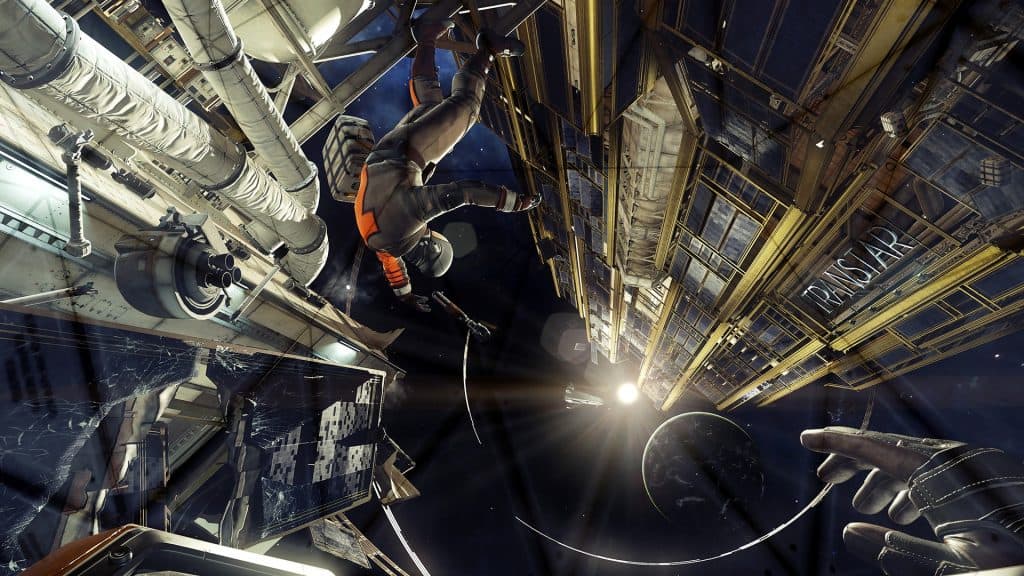 You can try to be stealthy in Prey, however, the mechanics for this are surprisingly barebones even with Neuromod upgrades. This is a bit troubling because the farther you progress into Prey, the more you realize that stealth isn’t nearly as viable of an option. Much of this comes from the game’s difficult, yet unique enemies that can easily kill someone if they are careful. Arkane does do a solid job of never making the game feel unbalanced, but it’s a shame that sneaking around feels so by the books.

Much of this could be mitigated if many of the normal Neuromods were unique but the majority of them are more focused on exploration instead of combat. It also doesn’t help that you cannot aim down the sights, which is a rather puzzling choice given how fast and agile your opponents are. In terms of weapons, there’s a nice variety beyond the standard shotgun and pistol that are fun to use. The standout weapons are the GLOO Cannon (which allows you to not only construct platforms but freeze enemies in place) and the Q-Beam (which causes enemies to explode when killed).

Combat at times can feel a bit clunky, as Morgan moves rather stiffly around the environment which can make tracking targets difficult. Thankfully I encountered no bugs, crashes, or significant errors during my time playing on the PlayStation Pro. The A.I. can be rather hit and miss thanks to the underdeveloped stealth system, however, it was never bad enough to hinder my experience with the game. Everything ran steady and the world looked absolutely gorgeous, with the space sequences being the standout moments for Prey visually.

Prey is not a perfect game, but the excellent world-building, characters, and stories kept me invested enough to see the credits roll. Even with some issues with pacing and combat, the moment to moment gameplay is engaging and fun. There’s a great sense of exploration within Prey and unraveling the many stories scattered about Talos I can entertain someone for hours. While there’s clear inspiration drawn from better games, Prey is comfortable enough in its own skin to never feel like a carbon copy. 2017 has delivered a lot of great games already, and Prey isn’t one you should pass up, either. The only real side effect from playing Prey is that you’ll never look at a coffee mug the same way.