Can the PS5 Survive in a Cloud-based Gaming Generation?

In a recent interview with Wired, Mark Cerny, the Lead Architect of the PlayStation 4, discussed Sony’s plan for the next console generation and revealed loads of information about the future of PlayStation. For starters, he finally revealed that the PS5 (unofficial name) is indeed coming, which everyone pretty much knew, but couldn’t confirm.

The PS5 will have an optical drive

During the interview, when asked about physical media, Cerny revealed that the PS5 would have an optical drive, and would not be a digital only console. Now, a few years ago a digital only console may have sounded crazy, but in 2019, it is a real thing. Xbox recently announced the Xbox One S All-Digital Edition, which is the same as an Xbox One S, but without an optical drive. A recent Inside Xbox episode revealed that it is set to release next month on May 7. 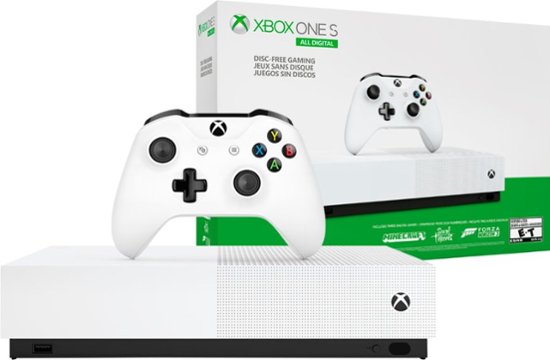 In addition to their digital only console, Xbox has also been making big advances in the world of cloud-based gaming with Game Pass and Project xCloud. Game Pass is a subscription service, much like Netflix, that offers subscribers access to a large library of games for a low monthly price. All of the games included in the service are available for download only and give players instant access to hundreds of games. Project xCloud, on the other hand, is Microsoft’s way of bringing all their platforms into the gaming family. Essentially, it will allow players to play their games on any of their Microsoft devices. So, if you’re gaming on your Xbox console and are about to get in the car, you can switch over to your Microsoft Surface and continue playing. Project xCloud is still in the early stages, however, it is clear that Microsoft is making big pushes towards a cloud-based gaming future with these services.

Is Sony Playing Catch Up?

Sony on the other hand, hasn’t quite made the same advances as Microsoft. They offer a similar service to that of Game Pass, called PlayStation Now. However, it is more expensive, has fewer games, and lacks first party titles, so when compared with Game Pass, it isn’t very good. It kind of seems like a project PlayStation started to join the conversation, but then quickly forgot about and abandoned halfway through. If the future of gaming is cloud-based, this could put PlayStation behind its competition when the next generation of consoles comes around.

Perhaps the biggest threat to the PS5 and the next generation Xbox console for that matter is Google Stadia. That’s right, the tech giant Google has decided to throw their hat into the world of gaming. Announced back in March, Google Stadia is a cloud-based gaming platform that will allow users to play games from their Google devices at a high resolution and with little loading time.

With Stadia, there is no physical media, the platform is solely built around digital games. While we don’t know many details, it is set to launch later this year and we were promised more details this summer. However, if the model proves to be successful, it could potentially eliminate the need for optical drives altogether, and have a major influence on next generation consoles. It seems that Xbox would be prepared for this, but would PlayStation?

Since When is PlayStation “Cloud Gaming Pioneers?”

I am not trying to take away from anything that Sony has done in recent years with their gaming consoles. In fact, they owned 2018 with their first party games, like God of War and Marvel’s Spider-Man, but when it comes to cloud-based gaming, they are far behind their competition. It doesn’t mean that they can’t adapt and find success, it simply means that they have a lot of work to do.

With Xbox and Google making major advances in cloud-based gaming, it seems that we are headed into a digital gaming future. While details about the next generation of gaming are still few and far between, it does seem that the future is trending towards cloud-based gaming. So, if PlayStation wants to continue their dominance with the PS5 during the next generation of consoles, they are likely going to need to adapt. If they don’t then they better get ready to fall.