Despite creative director of PUBG Brendan Greene stating last year that using custom shaders like Reshade will not get you banned, the game’s new anti-cheat measures say otherwise. 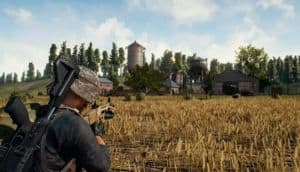 According to a recent post on the PUBG forums by a developer, the anti-cheat solution will “block 3rd party programs that modify the gameplay or visuals in an invasive way” and Reshade is included. It was not stated that using the program will get you banned, just that it will be blocked.

Reshade is a popular program that allows players to adjust the contrast and saturation beyond what the in-game menu lets you do. Some players claim that it makes other players easier to spot, especially in darker areas of the game.

Others say that Reshade simply adds to the experience, making everything much sharper and clearer. Though the program itself is quite harmless, it is something that can usher in a cheat program.

The developers are currently testing this anti-cheat solution on their test servers, as stated in the last patch update. Once the solution does go live, however, third-party programs will be blocked. If you happen to be using any, custom visual shaders or otherwise, it might be best to stop using it entirely.

Cheating is becoming a punishable crime, as PUBG developers have stated that they are working with investigators to eventually press charges. Blocking any and all mods is the logical step if the developers want to better control what is going on in their game.

Not all mods and third-party programs are cheats, but wiping the playing field clean is a good start. Perhaps the developers will eventually allow certain mods like Bethesda has with Fallout and Skyrim. Though with how tough they are being on cheaters, looking to take them to court and all, that possibility is unlikely at best.

Do you think blocking third-party programs is fair? Do you think the PUBG developers should compensate for programs like Reshade and allow more control over the game’s visuals? Let us know in the comments below.