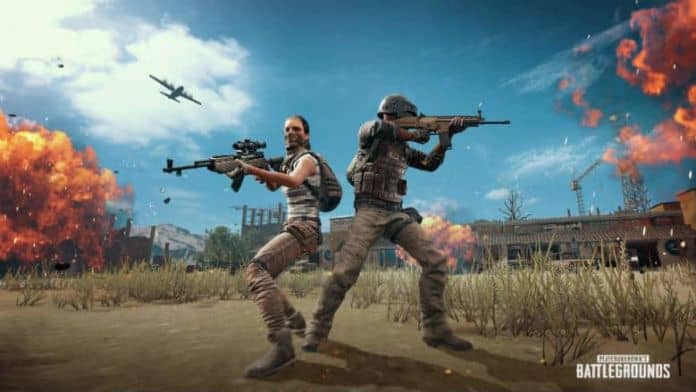 The next Limited Time Mode for PUBG was announced this morning. PUBG Corp. is calling it Desert Knights, and it’s a fresh take on the War Mode that we’ve seen in the past.

If you haven’t heard of War Mode, it’s considerably different than a typical round of PUBG. Players are grouped into teams of five with a maximum of ten teams and fifty people total on the map.

When you exit the lobby and begin the round in the plane, you’ll notice that the safe zone is immediately identifiable and quite small. It never moves locations or shrinks throughout the duration of the match. You can see it from the initial jump and it remains that way until the match is completed.

Winning a round of War Mode is all about scoring points. Every opponent knocked down earns your team 1 point. Kills are worth 3. Should you knock or kill a member of your own team, that’s -5 points against your group score.

The biggest twist on War Mode is that there are respawns. If you’re killed, the points are scored accordingly, but you’re then sent back up to the plane able to jump back into the map again. Planes respawn every 40 seconds to drop respawned players.

The first team to 200 points wins the round. However, if no one reaches 200 points by the end of a 15 minute timer, the win goes to the team with the highest score at that point.

Desert Knights tweaks the War Mode formula this go around by adjusting a bunch of the small components of the mode. Players will start matches with top –tier equipment usually reserved for care packages. The loadout includes one random care package weapon (AWM, M24, Mk14, M249, Groza, or AUG), a level three vest and helmet and two grenades.

Bleedout damage is increased in Desert Knights when knocked. Reviving teammates is quicker, taking only two seconds. There are no care package drops and redzones are disabled.