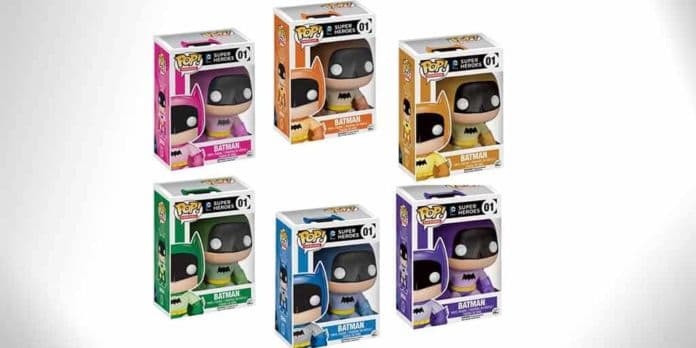 If you’ve been following Nerd Much? for quite some time, you might remember a post from last year on the Rainbow Batman Figures from DC Collectibles, six figures modeled after the one issue of Detective Comics in which Batman appears in various colored Batsuits. Now, FunKo is following suit (no pun intended) with their own version of Rainbow Batman Funko Pop 75th Anniversary Figures. 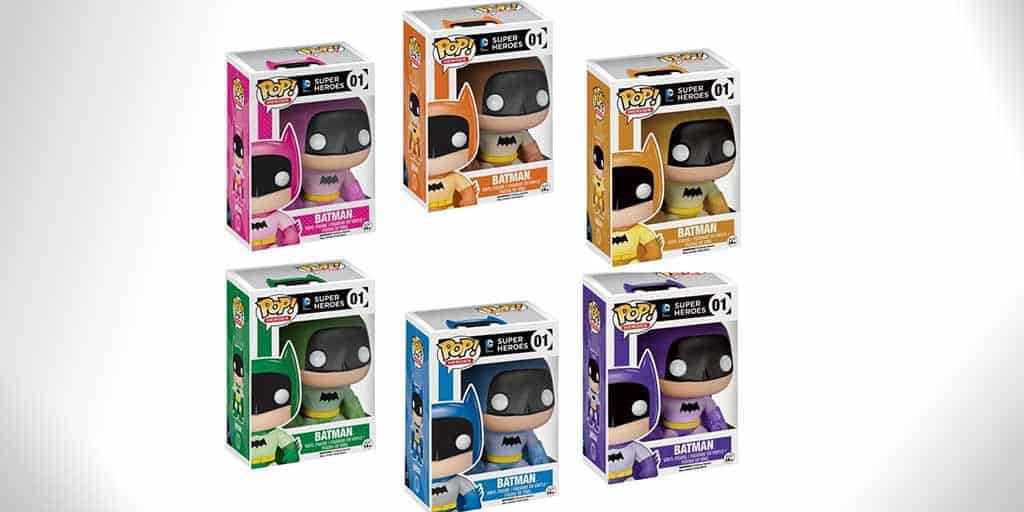 Each figure stands 3 3/4-inches tall, and look great as a collection. There are six of the figures available separately, including pink, orange, yellow, green, purple, and blue, with the yellow and orange Batman vinyl figures being exclusive to Entertainment Earth. Unfortunately, a few of the colors have sold out already. Luckily, you can buy an entire set on Amazon if you’re willing to pay slightly more.

These figures are definitely conversation starters, as the average Batman fan will wonder why you’ve got yourself a set of Rainbow Batman FunKo Pops.