Rainswept opens with a seemingly clichéd setting: hotshot big city detective Michael Stone is sent to the small town of Pineview to investigate an apparent murder-suicide. In Indian developer Frostwood Interactive’s latest game, the victims are a young couple named Chris and Diane, who had been relatively new in town. The local police force, wanting to close the case quickly, is resentful at this intrusion and often openly hostile towards Detective Stone, but his big city cop instincts tell him that there is more to the story than meets the eye.

Through interviews with the inhabitants, it quickly becomes apparent that in the town of Pineview – where everyone knows each other – Chris and Diane were outsiders, which naturally adds to everyone’s suspicions about them, and the gossip flying around town regarding the volatile nature of their relationship further fuels the murder-suicide conclusion. We’ve all ready murder mystery novels in the same vein, but I promise you, this game is deceptively deep despite initial appearances. 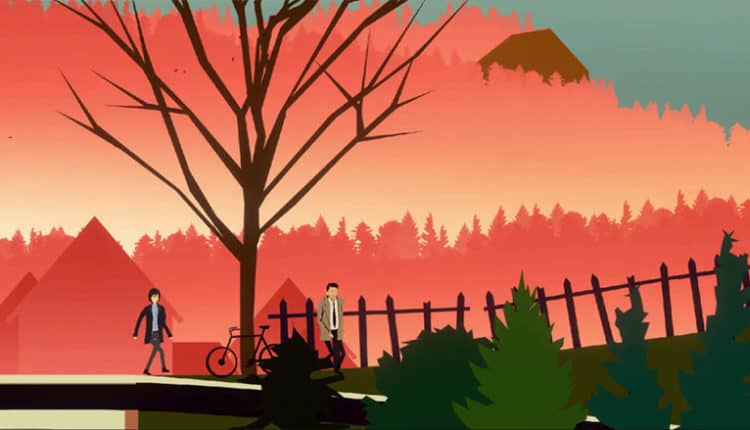 Rainswept is advertised as “an adventure game – A murder mystery dealing with themes of love, relationships, and unresolved trauma”; however, if you go into this experience expecting a satisfying murder mystery, you’re bound to be disappointed.

It plays more like a visual novel, with the murder mystery elements almost feeling superfluous. There are a total of two “puzzles” in the game, and neither presents much of a challenge. It seems as though the developers would have done better to abandon this classification entirely and focus on the story, because that is where the game really shines.

Aesthetically speaking, this game could use some polish. The 2D art style is visually pleasing when it comes to the backdrops, but the characters are bizarre-looking and clumsily animated; at times it almost seems as though this is done deliberately for comedic effect, but this feels incongruous against the seriousness of the rest of the game. The menus also look very crude and the text is riddled with grammatical errors.

As you explore the crime scene and interview the town’s residents, you will collect physical evidence as well as information, which is written in your journal…this is ultimately pointless, however, as the game simply railroads you into doing what it wants and doesn’t really give you a chance to examine the evidence and solve the mystery on your own.

The gameplay also feels a little clunky, requiring you to position the character just right in order to interact with objects in the environment or navigate around the streets of Pineview. This is made more frustrating by the fact that some of the tasks are tedious, like fetching coffee or turning out the light before going to bed. 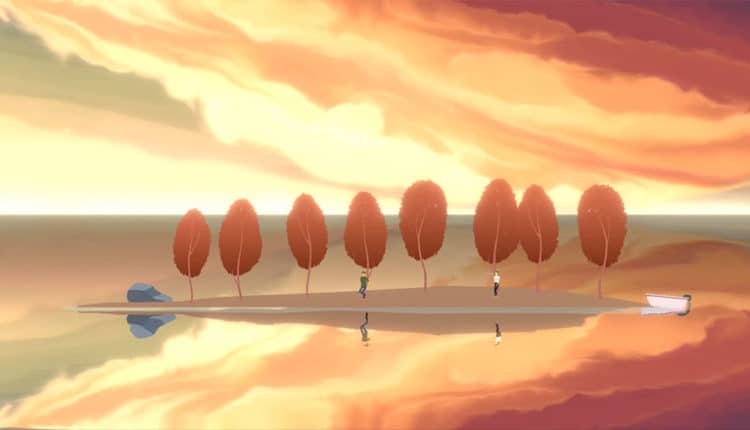 Throughout your investigation, you will unlock a series of vignettes that provide a glimpse into the progression of Diane and Chris’s relationship, from their first meeting to, ultimately, their death. You also learn that Detective Stone has some unresolved trauma from his past, and watch his mental state gradually deteriorate as he works the case.

Each story is poignant in its own right, only intertwining when it becomes apparent that Stone must face his own grief before he is able to solve the case. It was definitely worth dealing with all the minor annoyances just to watch the story unfold, and to interact with the numerous characters populating the town, each of whom has their own story to tell (however minor).

The story deals with some heavy issues, such as sexual abuse, domestic violence, grief, murder, and suicide. These topics may be difficult for some players, and while the game doesn’t attempt to sugarcoat any of them, none are presented in an overly graphic or sensationalist manner. It’s extremely evocative and thought-provoking, without ever purporting to have all the answers. Nothing is wrapped up in a neat little bow, and therein lies its beauty, because the same is true of every topic it addresses.

The overarching message, though, is one of hope, and this is the note the game ends on. The lessons learned not only by Detective Stone but also the citizens of Pineview are powerful and will undoubtedly resonate deeply with most.

Despite being billed as an adventure game, I found Rainswept more evocative of visual novels such as Gone Home. This is an indie game with a good story to tell, and although it gets in its own way at times, the story never ceases to be charming or interesting. Still, its clunky controls, odd character design, and clumsy animations are too measurable to be ignored. If you’re looking for a challenging, Sherlock-esque game, this is probably not for you, but if you’re looking for an emotional narrative about love and loss, it’s worth the small time investment (5 or so hours).