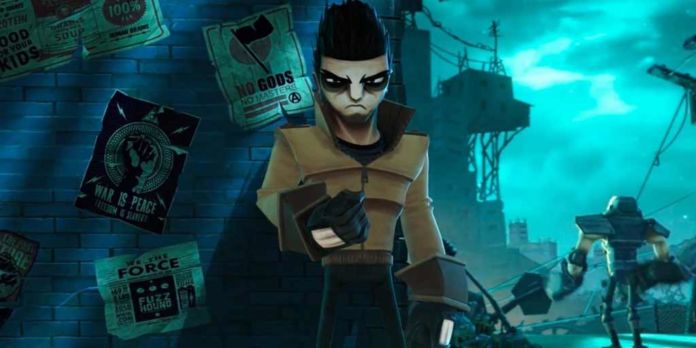 It’s Randall’s art style that first brings you in, with highly stylized character designs and a unique general aesthetic. Colorful, but generally heavy on the darker shades. The background for the game’s initial load shows the titular character looking similar to Syndrome from The Incredibles, immediately giving the protagonist an almost villainous aura.

And then, you’re introduced to the story, which presents the protagonist as a powerful telepath who can use his abilities to push through never-ending enemies and bosses. He’ll have to use his telepathy and parkour skills to escape the totalitarian mining corporation that rules the dystopian world. 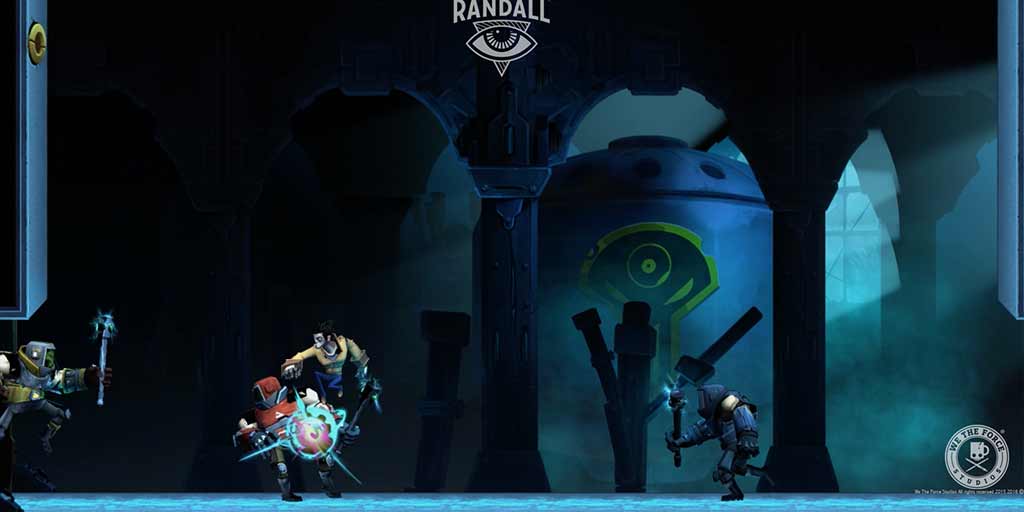 The game has combat that’s inspired by the old-school brawling games before it, including Double Dragon and Final Fight, but it goes a bit deeper by adding new elements into the mix. Instead of just having two button options, Randall allows players to do more, like uppercut, air jab, and ground smashing enemies to the floor. On top of that, you’ll eventually be introduced to his mind power capabilities that add another layer to controling enemies on the screen. What’s more, you’ll regen health if you have a combo of over 3 hits, giving the player incentive to chain together their punches and kicks. It doesn’t change up the formula entirely, but it does feel unique with its few additions. Combat is Randall’s strongest asset, as it feels much quicker than most side scrolling brawlers. Your punches and kicks feel powerful, and thanks to their lightning quick delivery and over-the-top punchy sound, they’re wholly satisfying.

Along the way, you’ll eventually earn a few more abilities for Randall, including mental explotion (that’s how they spell it, not me), mind control, and mental energy. These add another layer to the combat formula that you obviously won’t find in those classic side scrollers. 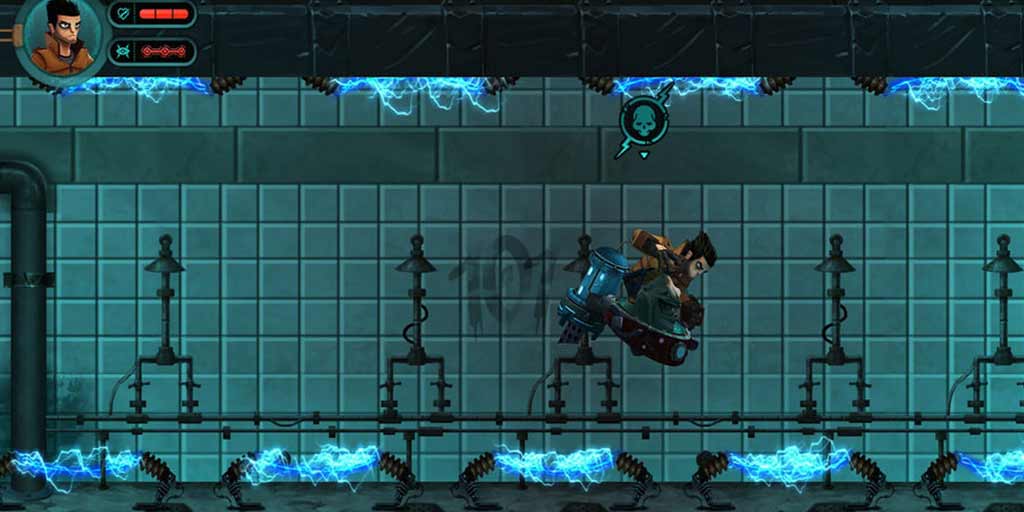 But Randall isn’t just a side scroller brawler, as there are some heavy platforming elements as well. You’ll use Randall’s parkour skills to traverse through each screen. Each screen presents different hazards and challenges, ranging from jumping to different platforms, dodging electrical currents, avoiding green noxious gas, and more. While these obstacles aren’t too difficult on their own, it’s Randall‘s controls that can present the most challenge. If the game’s controls were a bit tighter, these segments would feel much easier than they actually are, but because of the ever-so-slight delay in controlling Randall’s movements, these would-be easy platforming challenges can become an annoyance. Eventually, you’ll get used to how Randall controls, and those challenges become easier and easier as you progress. The challenges themselves, however, grow more difficult as you continue on through the game, and as you unlock new abilities, you’ll use some of those abilities (like mind control) to progress through each segment.

Sound design in Randall also deserves a nod, as its soundtrack helps to give the game some personality. The typical soundscapes you’ll hear feel like they were taken from Blade Runner or some other 80s sci-fi, and the eerie underlying strings you’ll hear while playing give the player an uneasy feeling that helps set the game’s dystopian tone.

As far as environment variation is concerned, Randall presents a commendable level of change in scenery despite being limited in actual new locations (the limitations make sense within the story).

There are some loading and minor performance issues to be had on the PS4. The framerate issue mostly occurs during combat, with framerates dropping slightly — not enough to make you want to put the controller down, but enough to be noticeable and jarring at times.

Randall deserves praise for its unique take on the once-popular side scroller beat ’em up genre. Its creative blend of crunchy combat, sci-fi elements, and parkour-inspired platforming make it one of the year’s best indie games so far.