Like many of you reading this, I had been impatiently anticipating ReCore ever since its original announcement, which showcased a robot dog leading its human companion — who we later find out to be named Joule — through a sandy landscape akin to Jakku. It was an intriguing reveal trailer and having a female lead character paired with a robot dog seemed to be endearing. In fact, the ReCore reveal at E3 2015 was one of my own personal highlights of last year’s show, becoming one of the games I was most excited about.

But after traversing through what Far Eden has to offer over the weekend, it’s clear that this isn’t the game I was expecting — for various reasons. First, it’s not a game that goes heavy on the story, which given the initial reveal trailer, I thought it would be. Sure, we get a little bit of background about why protagonist Joule is doing what she’s doing, but it doesn’t have that heavy-hitting, soul-crushing story that I was hoping for. Secondly, ReCore is much less an open world adventure game than it is a 3D platformer shooter. This doesn’t make it a bad game on its own, but, again, it’s not the open world adventure I was expecting. And thirdly, from a pure quality standpoint, it doesn’t live up to the expectations.

Most immediately noticeable when you first pick up ReCore is some of its low-quality graphics that feel like they were taken from the early Xbox 360 era. Joule has those glazed-over, dead eyes that were all too prominent in the 360 era, and a lot of the environment’s textures are poorly done (and occasionally slow-loading, to boot). Looking at just about any platform or rock (and there are rocks aplenty), you’ll quickly notice embarrassingly bad design that gives the game an unfinished vibe. One of the biggest annoyances with physical game design, in my eyes, is when a character walks through snow or sand and their feet seem to float on top of it instead of sinking slightly into it. This is 2016; we shouldn’t be floating atop deserts at this point. In the grand scheme of things, dealing with a few low-quality textures isn’t a dealbreaker, but when the world around your character feels entirely lifeless and dull, it’s hard to be able to appreciate it. 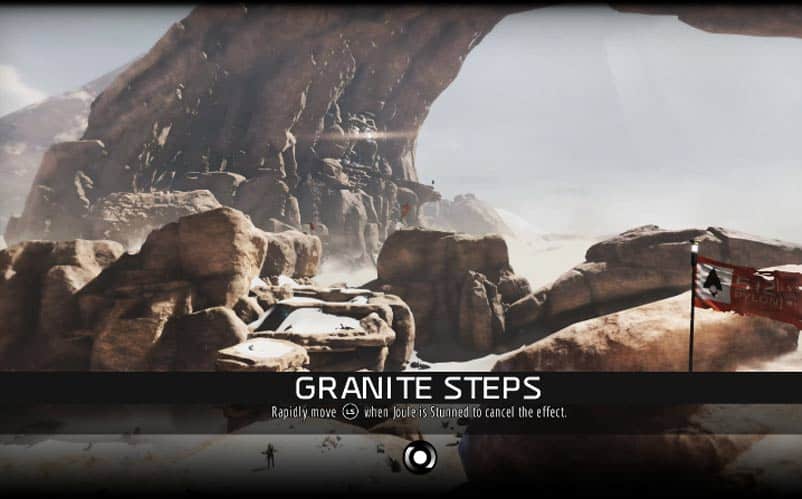 But, the game’s biggest issue isn’t its textures. Instead, it’s the fact that it is marred by more technical issues. Screen tearing and framerate issues are abundant, and the framerate stutters are so prominent in the game that it’s hard to believe it wasn’t noticed by the devs. It’s clear that ReCore could’ve greatly benefited from an extra few months of fine-tuning, and the resulting product would’ve been much more enjoyable had it not been for these issues. In fact, I’m trying to imagine ReCore spitting out 60 frames per second in full 1080p resolution with high-quality textures, and if that sort of fidelity were to have been met, I bet we’d all be singing a different tune for today’s reviews.

Its third biggest issue is that the load times are absolutely out of control. You’ll find yourself staring at a loading screen frequently, and you’ll be staring for quite some time. Our longest loading time hit a whopping 52 seconds, and that’s with using the brand new Xbox One S (the reason I mention this is to show that it has nothing to do with us having a 2013 Xbox One or anything like that and it’s a game issue, not a system issue).

I’ll also note that defining ReCore as an open world game is a bit misleading, so don’t go into it expecting Witcher 3 levels of openness. Instead, it feels like a set design from a Broadway play, where it has the appearance of being big, but you’re limited to what’s actually visible. Sure, you have some room to move about, but you’re basically set in containers that are only there to guide you to a few specific points on the small map. 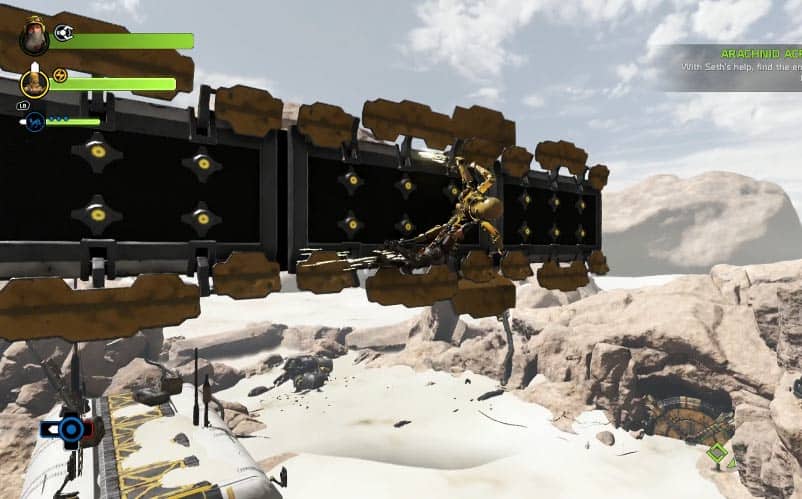 Although this has turned out to be a negative ReCore review, it isn’t all doom and gloom for the new Xbox IP, as the game does have some charm to it. There are some fun moments and cool ideas contained within, like when a crawler robot, Seth, helps Joule traverse climbable objects in a spiderlike manner, slinging her to places she couldn’t previously reach. Having a robot companion isn’t anything new in the world of video games, but it’s clear that Mack (your first robot dog) and Joule have a unique bond that feels as if Mack is actually a golden retriever. Of course, that sort of bond is placed on the back burner when you bring forth another robot, but I’m hoping Mack realizes that just because I’m using other robots doesn’t mean I love him any less. The relationship between Joule and Mack

Part of ReCore‘s appeal is that it takes a lot of great elements from other notable (and mostly now-dormant) franchises and brings them all together. It takes some elements from the Mega Man franchise, Metroid, Insomniac’s Ratchet & Clank, a bit of Borderlands, and yes, even a little bit of Zelda (a small, small bit). It doesn’t use those elements in a way that feels completely derivative, but instead, it blends them together to create some cool ideas and some fun boss battles.

I should also mention that the platforming in ReCore isn’t for the feint of heart, as you’ll frequently find yourself missing carefully placed platforms and ledges and falling to your death.  That’s not a design flaw, by any means, but it’s worth mentioning, as I consider myself “good at video games” and still had some issues with some of the platforming elements. 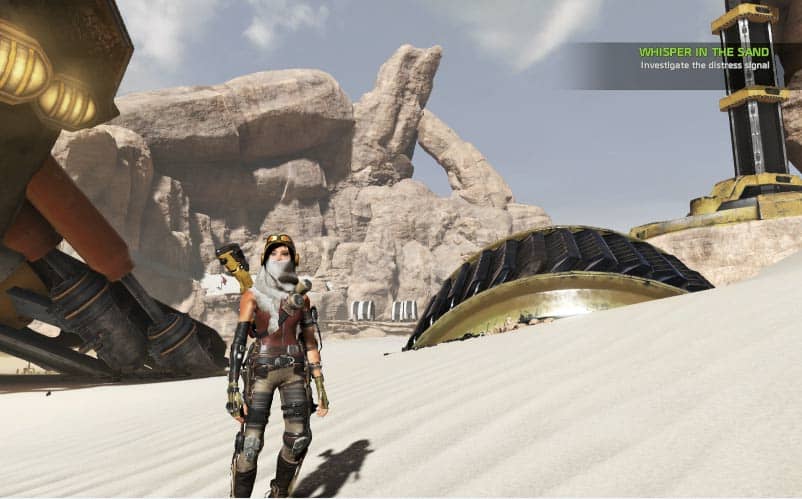 If you were to set aside the game’s ugly textures and generally flat graphics, framerate issues and extremely long loading times, ReCore would be a worthwhile experience at its core. Typically speaking, it’s easy to forgive these issues in games if the game is otherwise great. But, those technical issues are too obtrusive to make the game an overall enjoyable experience, unfortunately resulting in a disappointing game. A lot of its issues are things that can be patched easily enough (for example, look at the difference between the launch version of The Witcher 3 and the version that’s available now). But for now, ReCore feels like Kai, a one-legged character you’ll meet in your journey, in that it’s functional but would work better if it were complete.