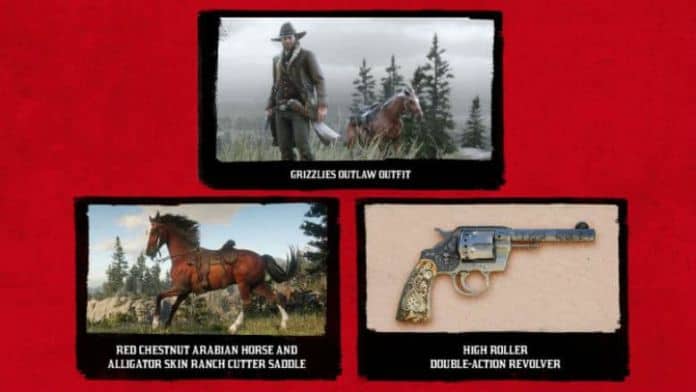 Rockstar Games has been steadily trickling out details on Red Dead Redemption 2 in anticipation of the game’s release later this month. After launch, Rockstar and Sony have worked out a deal to provide Red Dead Redemption 2 early access content. And today, they’ve detailed some of these timed exclusive items.

The Red Dead Redemption 2 early access content will be comprised of an outfit, a horse and saddle, and a revolver for PlayStation 4 owners. The outfit is named the Grizzlies Outlaw Outfit. Rockstar says that the garb “is perfect for exploring the forests of Ambarino.” Here’s how the developers describe the outfit:

PlayStation 4 owners will have access to the Grizzlies Outlaw Outfit day one for the game’s story. It will also be available at launch for Red Dead Online.

The High Roller Double-Action Revolver isn’t all about good looks though. The gun sports a “superior, quick rate of fire over all other revolvers [which] makes it a great choice for mounted combat.”