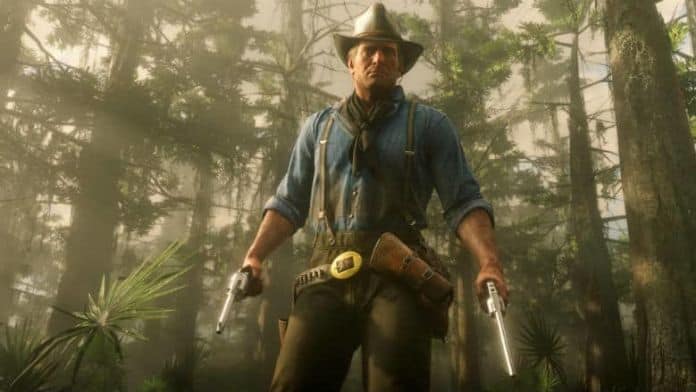 Rockstar Games has updated their blog once again with new information on their upcoming open-world western. This time the studio provided some fresh details on the Red Dead Redemption 2 weapons, ammunition and Dead Eye system that we’ll be utilizing within the game.

There are said to be 50 unique weapons within the game that are each usable. Rockstar also says that these Red Dead Redemption 2 weapons feature “a massive range of options for customization. The title will also host variety of ammunitions that sport different stats impacting accuracy, range and damage.

Red Dead Redemption 2 weapons will apparently get better with age, the developers said. “The more a gun is used, the better it will perform”. However, if you don’t properly care for your weapon it will slowly begin to degrade over time. The developer advises “a trusty sidearm needs to be kept oiled and clean.”

“The new Dead Eye system gradually expands and becomes more sophisticated over the course of the game, from automatically selecting targets in your crosshairs, to allowing you to manually place shots on multiple targets, to being able to shoot at will in slow motion, and ultimately to pinpointing the weak spots on your enemies for even deadlier accuracy. The system grows with you and your experience and can often provide the critical edge in a life or death situation.”

Rockstar created a fun catalogue of sorts for the fictitious Wheeler, Rawson and Co. Sporting Goods and Gun Department. Branded the “The Greatest Mail Order House on Earth”, the catalogue offers details on 5 Red Dead Redemption 2 weapons and various ammunition suppliers. It’s a quick and fun real that may make waiting the next 2 weeks a little more bearable. There’s also a few gorgeous GIFs of some of the game’s more prominent weapons in action. You can check out all the above right here.