“I don’t do horror.” These were my first thoughts when it came to Resident Evil 7. These thoughts were followed, almost immediately by, “I’m going to play this game.”

When it comes to the horror aspect of Resident Evil 7 there seems to be two schools of thought: 1. It’s not scary. 2. They’re lying; it’s scary.

There wasn’t much I could do about it either way, so I figured I’d just go for it and hope for the best. I was new to the franchise and the genre. And although this game isn’t directly in conversation with the rest of the series, I still didn’t want to take it on by myself.

The best way to master an unfamiliar skill is by learning with something familiar. And for that, I enlisted my good friend and partner in YouTube, Jess Reed. We took on Resident Evil 7 marathon style, passing the controller back and forth and sharing a save file. This support helped ease my anxieties about my first dip into the horror genre and made the game easier overall. Much to my surprise, Resident Evil 7 can be a lot to take in if you’re new to the franchise.

“This is How Resident Evil Games Are…”

A statement my friend, Jess, said multiple times during our play-through. Her background as a long time Resident Evil fan saved me time and helped me get extras I wouldn’t otherwise have gotten. I’m not saying you NEED to know anything specific to be successful in Resident Evil 7; the game does a fair amount of handholding in addition to its overly straightforward “tips” that appear during load times. But immediately knowing that the house is designed with elaborate secrets—from needing specific keys to needing a fake shotgun to replace a real shotgun—will make things go more smoothly. 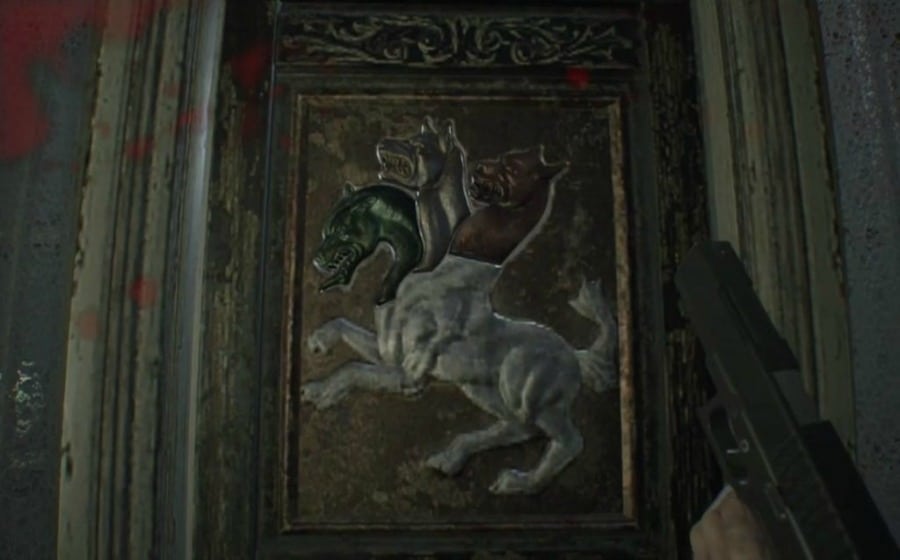 These are clear hallmarks of the series but nothing I was familiar with until now. Once I got comfortable with the way puzzles functioned in Resident Evil, it was all just a matter of making it happen. And, since I was playing with someone else, we rarely missed a drawer or note (but when we did it was retrace-your-steps hell).

Less is More (Until You Get a Bigger Backpack)

As someone new to the survival games genre, I was concerned. I’m not much of a shot and not very stealthy. I assumed Resident Evil 7 would be a lot of me running out of bullets and dying. But that wasn’t really the case. Even if you’re a beginner, like me, you’ll quickly learn when to swing your knife and run vs. when to take down enemies for good. Running out of ammo was more of an issue during extended encounters (such as boss battles or an onslaught of consecutive enemies). 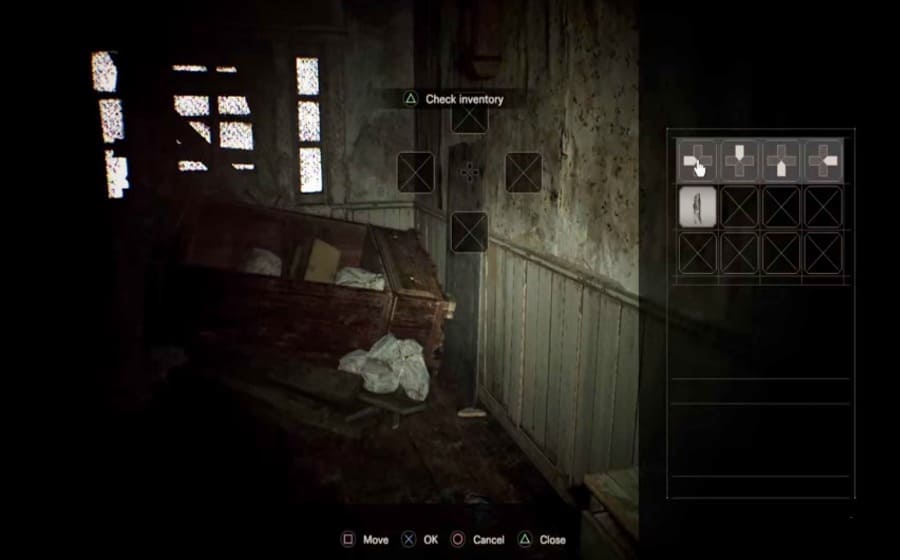 You can save space by combining items (such as herbs and chem fluid to make health) and dropping off useless items (such as keys you no longer need or VHS tapes you already watched). Once again, these tips seem obvious but are easy to forget when you’re new to the genre. Just remember you can always use more space, and you definitely don’t need to carry a bunch of antique coins with you at all times.

As I mentioned at the start of this article, before I played Resident Evil 7 I’d gotten a range of opinions from gamers regarding how scary (or not scary) the game is. Before I give my opinion on this, here’s my background: I’ve never played any type of horror game or even watched a scary movie (aside from Amityville Horror and Saw, which doesn’t really count). I am scared of everything. For some context here are some things that have scared me recently:  Gone Home (the game), a plastic bag at night, anyone in my apartment interacting with me without me hearing/seeing them approach me first. All of this is to say, everything surprises me.

However, I have watched a few spooky/creepy things before: such as Stranger Things and True Detective.

So how scary was Resident Evil 7? To be honest, it wasn’t that bad. My qualifier is that I played with another person which helps because you have someone to freak out with. But it really wasn’t that bad once you get through the first hour or so of the game. Resident Evil 7’s biggest scare factor, in my opinion, comes from the suspense and dread you feel while playing. The sound design creates fear where there is no threat and amplifies the experience where there is a threat. I swear to God, the scariest moment of the game for me (and my friend) was when I saw my own shadow because 1. I thought someone was behind me and 2. Ethan’s shadow looks very murder-y.

Resident Evil 7’s lack of zombies also decreases the fright factor. Still, you spend most of the game fighting the molded: 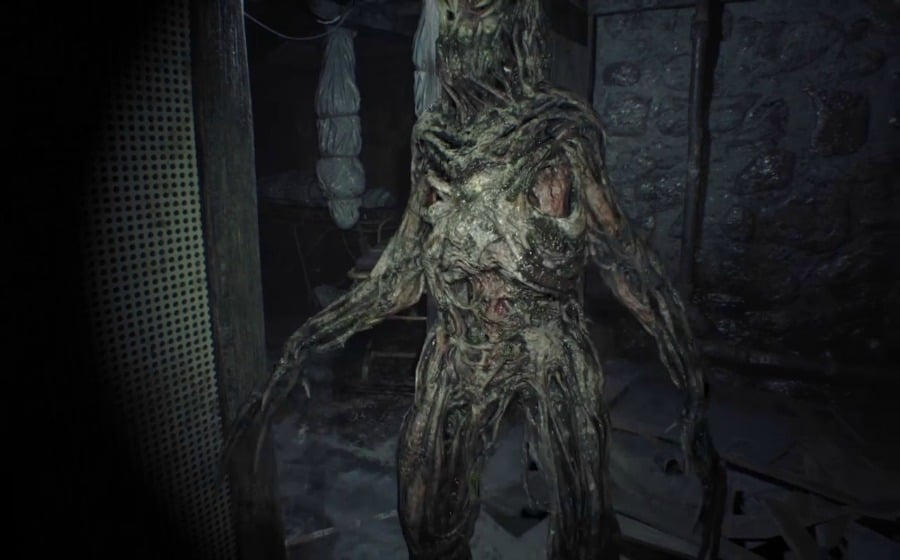 The molded aren’t exactly human, rather they’re a collection of “hyper-evolved bacteria.” They move pretty slowly and the fact that they’re just weird faceless monsters makes them less scary. They’re depersonalized and thus, less frightening to me. A molded sloppily walking towards me and occasionally jumping forward is a lot less scary than Jack hell-bent on killing me as he chases me around this house. That being said, the game’s scariest moments came from interactions with Jack and Marguerite.

Resident Evil 7 was a blast. I loved the puzzles and exploring the environment. With a few exceptions (i.e the second VHS and the boss with all the eyes), the game was just the right amount of challenge. I admit the story was a little too vague until the end. I get that the game wanted to maintain the mystery but I also felt like I didn’t really know what was going on until the final 4th of the campaign. It’s not the worst thing in the world, but it made it hard to get fully invested.

The characters were a joy, with Lucas being my favorite from the moment you see him at the dinner table. While each character certainly has different combat styles, I wish there was a bit more personality distinction between Jack and Marguerite. Although their similarities may be a result of how neither of them are quite… themselves. With its emphasis on puzzles, exploration, and satisfying moments of scary/gross action, Resident Evil 7 is something you don’t want to miss out on. And it’s even better with a friend to help guide you and absorb some of the fear.