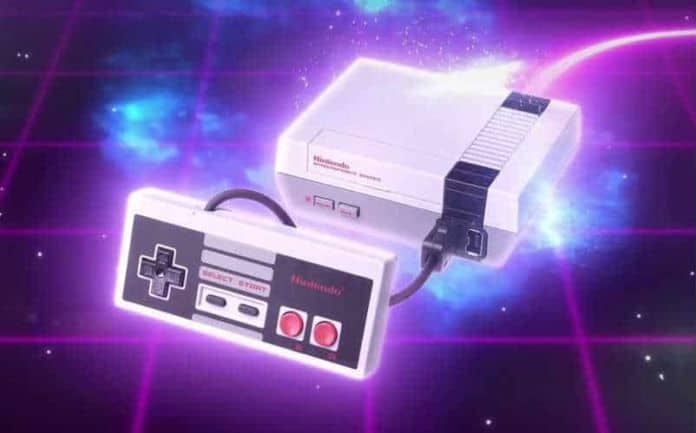 Looking for some awesome retro gaming gifts? We’ve got you covered. Below, discover 10 super cool gifts for that arcade-loving, Mario-mustache-having, retro-loving gamer in your life. 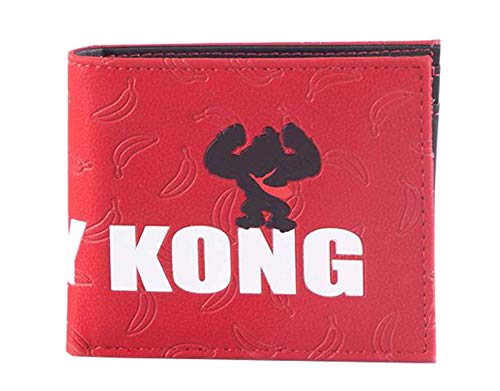 Donkey Kong started off as an arcade game released in 1981 which focused on dodging and jumping over obstacles to rescue Lady, also known as Pauline. The creators drew inspiration from shows and movies like Beauty and The Beast, Popeye, and King Kong and Universal City Studios even attempted to sue them for copyright infringement though it failed. Donkey Kong was actually the villain of the game, and he’s celebrated with this Donkey Kong wallet. For the record, the protagonist was called Jump Man and later renamed Mario. 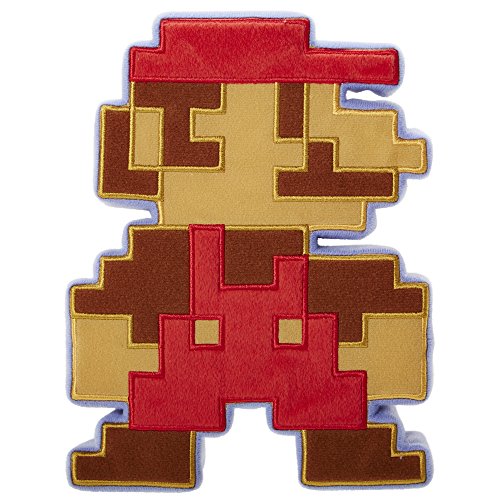 Speaking of Mario, for many gamers, their first video games were played with 8-Bit Characters. Super Mario Bros. wasn’t any different in that respect. As Mario and Luigi traveled through the Mushroom Kingdom to save Princess Toadstool from Bowser, players collected coins, hitboxes, stomped Gombas, and threw Koopa shells. The game’s popularity has caused it to be ported to the Game Boy Advance, 3-DS, WiiU, as well as the GameCube through Animal Crossing. This 8-Bit Super Mario serves as a lovely reminder of such adventures. 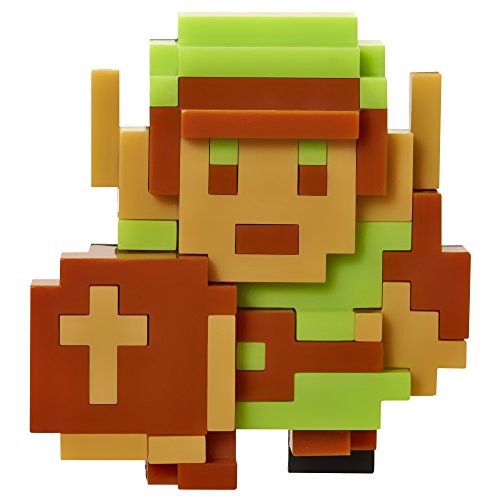 World of Nintendo 2.5" 8 Bit Link Action Figure(Discontinued by manufacturer)
$24.99
Buy it on Amazon

Similarly, check out this 8-Bit Link action figure. In 1986 gamers were introduced to the protagonist Link, who was off to save Princess Zelda in Hyrule from the evil Ganon. With bombs, boomerangs, bows, and arrows, swords, and shields, the brave hero makes his way in a world full of puzzles, actions, adventures, battles, and exploration. With his green tunic and pointed hat, this ambidextrous and primarily silent character has won over the hearts of many with his bravery. 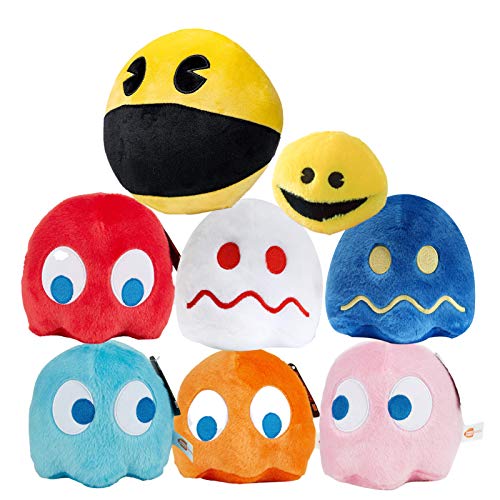 Pac-Man is an arcade game that releases in 1980. The game features Pac-Man running through a maze eating biscuits that many simply know as yellow dots. Additionally, the ghosts Blinky, Pinky, Inky, and Clyde are chasing after him. The goal was to get as many points before the game kill screened on level 256 and then to get any remaining points per life on that final screen, no one on record has made it through that split screen level. For those fond of the characters, this Pac-Man Plush set comes with Pac-Man, Blinky, Pinky, and Inky, and more. 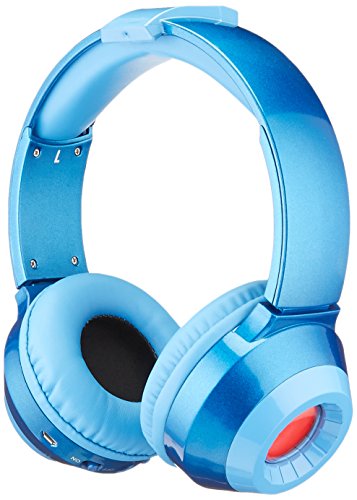 Don’t know what to get that person in your life who has all the Mega Man video games? Why not try these Mega Man headphones? These lightweight noise isolating and adjustable headphones come with soft ear pads and are designed to work with Android and Apple, laptops, consoles and handhelds, like the Xbox One, PS4, WiiU, PSP, and 3DS. Additionally, they have decorative red LED lights on the earpiece which can be left on, set to flash, or fade in and out. 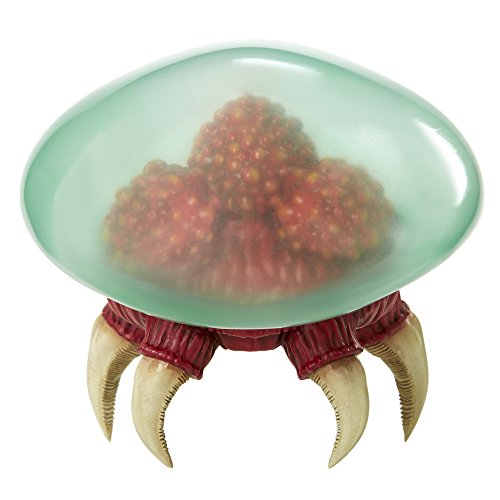 The 2-D sidescroller Metroid came out in 1986. Like the solitary and foreboding atmosphere of the game? Then this six-inch action figure of the alien creature from the planet Zebes seeking galactic domination is for you. With a semi-transparent top can easily be described as bubbly, jelly, and squishy. Plus, the fangs are possible and hold their position well making this a great display piece or addition to a Samus Cosplay. 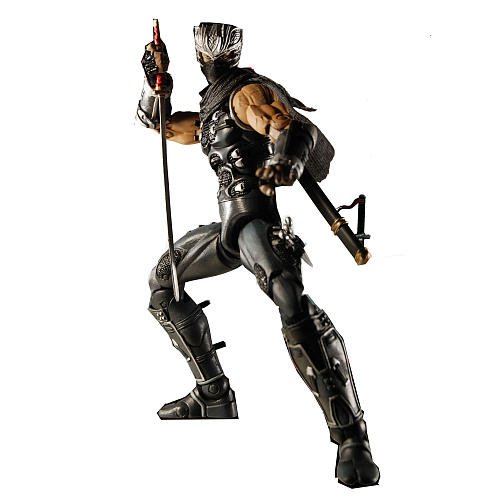 For those looking for a more detailed action figure to gift check out this figure of Ninja Gaiden‘s protagonist Ryu Hayabusa. Ninja Gaiden came out in 1988 as an arcade game and originally starred a nameless blue ninja that traveled across the U.S. to defeat an evil cult. But by the time it came to the NES Ryu Hayabusa is on a search for his missing father, Ken and the game only vaguely resembles its arcade counterpart. 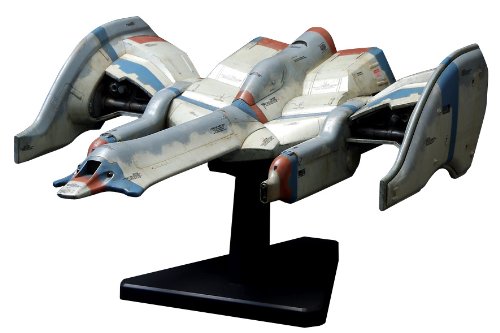 The arcade game Galaga came out in 1981 and in it, players take control of a spacecraft in an effort to keep insect-like alien forces from invading. The game is actually a sequel to the game Galaxian that lacks the added challenge stages and players could not fire to shots in succession. Additionally, the boss Galaga occasionally tries to capture the fighter with a tractor beam. For those who spent a lot of time as that fighter, this model of the spacecraft would make an excellent gift. 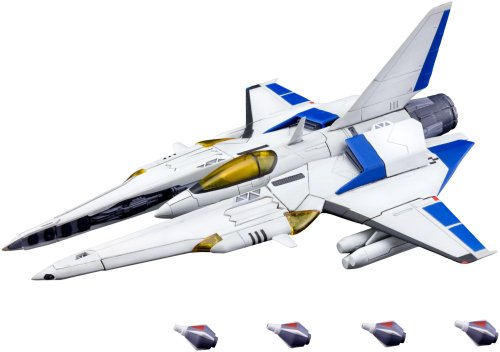 If the Galaga model above wasn’t the right plane is this one from Gradius? Gradius was published by Konami in 1985. With a power meter, weapon editor, and other unique features its popularity has led it to be ported to numerous consoles. Players were often encouraged to destroy the “core”, glowing blue masses of energy that often powered the ships and were protected by the enemy’s defenses.

Kirby’s Adventure was released in 1993 with seven different worlds to explore. In the game, King Dedede has stolen the star rod from the Fountain of Dreams and has broken it leaving all of the inhabitants in dreamland unable to rest.  Along the way, he must take on Whispy Woods, Paint Roller, Mr. Shine and Mr. Bright, Kracko, Heavy Mole, and Meta Knight to retrieve the pieces. So what’s better than one Kirby? Six of them and a star to stack them with.

Previous articleRogue One: A Star Wars Story Review
Next articleIn 2016, Gaming Was All About Narrative