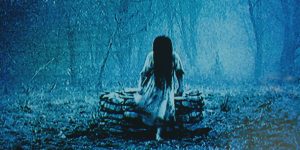 **This Rings Review may contain spoilers.**

The Ring has always been an odd horror film series as it can never truly escape the ties it has to the original Japanese counterpart Ringu. Despite producing one decent remake and a rather poor sequel, it’s been years since we last heard from the cursed girl Samara. Now, with a shiny follow up to the last movie Rings is set to bring terror to the digital age. While it’s quite easy to hurl insults at this franchise, Rings has some surprising moments and ideas that feel truly unique in a Westernized J-Horror genre that has run rather stale of late. Sadly, while Rings has some genuinely smart concepts, it just executes almost all of them poorly.

Set during an undisclosed amount of time after The Ring 2, the film opens on a rather strong note with Samara following several people who are on their last few minutes trying to escape via a commercial plane. It doesn’t go well and two years later a biology professor named Gabriel (Johnny Galecki) discovers the tape. One thing leads to another and a young girl named Julia (Matilda Anna Ingrid Lutz) watches the tape in order to save her boyfriend Holt (Alex Roe) who viewed the tape at college via the professor. It’s a basic set-up that ends up following along the same footsteps as The Ring, with Julia attempting to uncover the mystery of Samara and thus save herself.

While the overall narrative arc is fairly par for the course, where Rings both shines and disappoints are the various subplots and ideas it offers. One of which is that instead of simply passing along the video to save himself, Gabriel produces an off the record club of students that take turns watching the tape. After around 6 days someone steps in and watches for them to repeat the cycle. This, at the very core of it, is a genuinely interesting idea because if you’re in no real harm until the last day why not experiment and learn about the afterlife? Yet, right when it seems like Rings is going to explore this concept it vanishes as quickly as it appeared never to be heard from again.

This is the majority of Rings structural problem is it offers great moments it could explore the lore in new and exciting ways only to fall back on a base story. This sadly makes many of the scares, character development, and surprises rather dull and formulaic. There’s never a truly compelling reason that drives the story forward beyond Julia figuring out what happened to Samara. However, the problem is that, even though this is a sequel, Rings alters both some aspects of her story and never explains specific important rules. 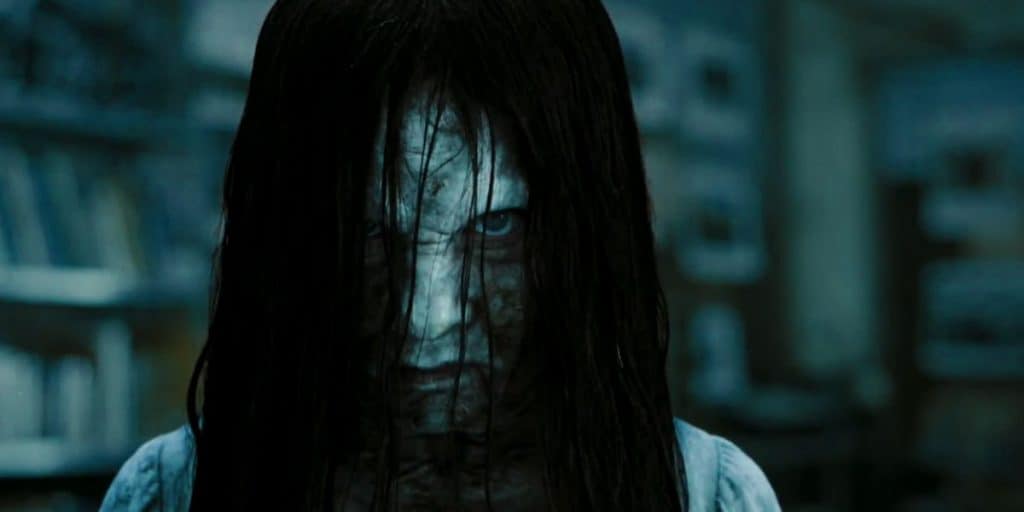 It’s well established if you watch the movie then you are haunted by Samara, however, there are moments where characters fast forward and “scrub” through footage via an editing software only to have her never call. Do you need to watch every second of the tape or can people literally just skip through sections and be totally fine? It’s a weird choice from a narrative point and essentially undermines a lot of the terror that is the footage in the tape. Which, for the record, has also been changed and has new images in it because I guess Samara had a chance to splice more video in it?

In terms of characters, Rings is painfully generic even when it shows some promising character turns later on. Julia, in the beginning, seems to take a different approach to a horror lead as she is both smart and competent enough to not make foolish choices. Yet, she performs a complete 180 after seeing the movie and becomes a bumbling mess that runs off at things that are definitely not real, losing all sense of strength. Holt is just a generic college boy that really offers nothing to the plot but a reason to move the story forward. Vincent D’Onofrio shows up for the last half of the movie as a blind person who lives in a small village relating to Sarama.

None of the supporting cast really offer much to the story that’s truly meaningful and their acting ranges from tolerable to just cringe worthy. Both Lutz and Roe have virtually no chemistry on screen, which makes it difficult to care about their relationship in any way. Galecki really doesn’t offer much beyond the typical disgruntled professor who is simply jaded at the world and D’Onofrio doesn’t have enough time to really establish anything of merit.

Scares are relegated to nothing more than loud noises, gruesome imagery, or jump cuts that fail to capture the creeping dread that Ringu masterfully portrayed. Samara’s oppression is real, but it never weighs heavy on the viewer as all of her appearances are predictable. There are a few cool moments where director F. Javier Gutierrez uses the Ring footage in unique and new ways, but these are few and far between. There never is a real sense of unease, which is sad since that’s a lot of what made the original and to a degree The Ring so memorable.

Rings isn’t a terrible movie, but it’s not a good one either. Even though there are some genuinely smart ideas scattered throughout, you’ll have to endure a paint by numbers horror story to see them. Even with D’Onofrio offering a few nice, emotional scenes, it’s not enough to save this boring cast of characters. Rings is a horror movie that’s simply on auto-pilot and feels like it’s passing by better concepts as it travels down Route Generic. While not the worst horror movie this year by a long shot, Rings is a movie best saved for a Netflix viewing when it eventually releases. This is not the rebrith of J-Horror like we all hoped.