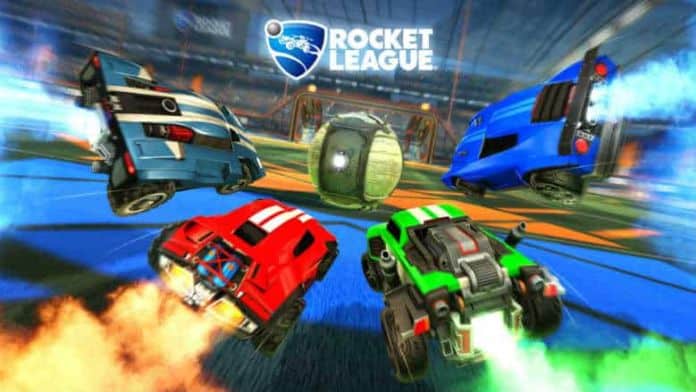 The team is dubbing, just as Sony did, as their “PlayStation Cross-Play Beta program”. The setting is turned on by default, and allows PlayStation 4, Xbox One, Nintendo Switch and PC players to all coexist in the same Rocket League ecosystem. Previously, PlayStation 4 players could only be paired with other players on PlayStation 4 and PC.

Here’s Psyonix thanking the people that really made cross-platform play happen with continual pressure on Sony – you:

“Today’s announcement is an important one for us here at Psyonix, because we know how much our community has wanted FULL cross-platform support for quite some time. It’s because of YOU, our fans, and our generous partners on all systems and services that have made this possible in the first place. On behalf of the entire team, THANK YOU for your passion and persistence as we continue to do our best to make Rocket League the best experience we can.”

While you can match up via cross-platform play, you won’t be able to chat with one another – yet. Coming at some point in the near future, Psyonix will be implementing their RocketID system that will incorporate a cross-platform party system. It’s intended to launch within the game’s first update of the year. We’ll be hearing more about that “soon” from Psyonix.

Rocket League now represents that second PlayStation 4 title to get full cross-platform support. The first being Epic Games’ Fortnite which activated their PlayStation 4 cross-platform ability back in September. Hopefully we’ll be seeing other popular online titles getting the go ahead too.