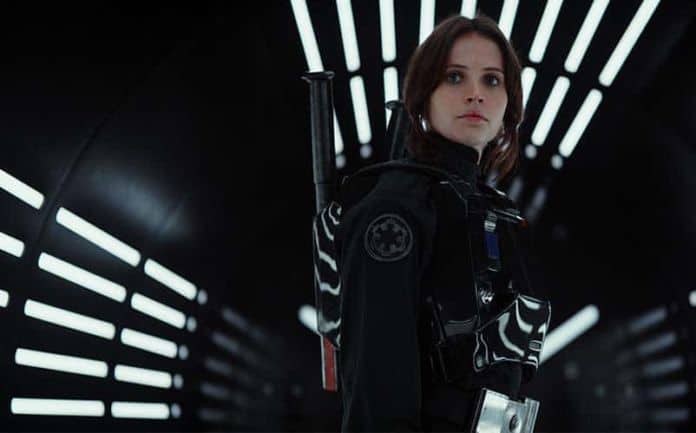 Author’s Note: Given the massive following and draw of Rogue One, we will be avoiding heavy discussion of the plot for the sake of spoilers. While it will be mentioned, for the convenience of the reader, I won’t be delving too deep into the actual beat by beat story structure like I normally would. 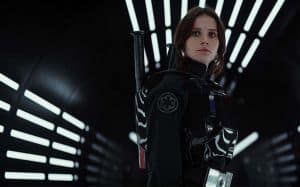 Star Wars has always been a film series that seemed to focus more on the operatic and classic storytelling motifs that inspired the original characters. While the movies did tread into darker territory from time to time, no one film truly lost sight of the more mystical and grand narratives that it had weaved. Yet, even with all of the fantastic books, video games, and even the television shows, Star Wars had yet to receive a film that truly shed this “heroes journey” theme. Enter director Gareth Edwards and his film Rogue One, a movie that not only had the monumental task of constructing a narrative that organically flowed into the original trilogy but one that felt different. Thankfully, the results are incredibly promising and only makes me want even more dark Star Wars films.

Set before the events of Episode IV: A New Hope, Rogue One follows a group of ragtag Rebels as they attempt to deliver the schematics for the Empire’s newest war machine, the Death Star. This is a story fans are familiar with, but one that was never explored within the movies themselves, which is perhaps one of Rogue One‘s greatest strengths. Edwards takes a lot of chances with the principle plot, as this is the first real Star Wars film to focus more on the horrors of war and what it costs people who were not destined for greatness. 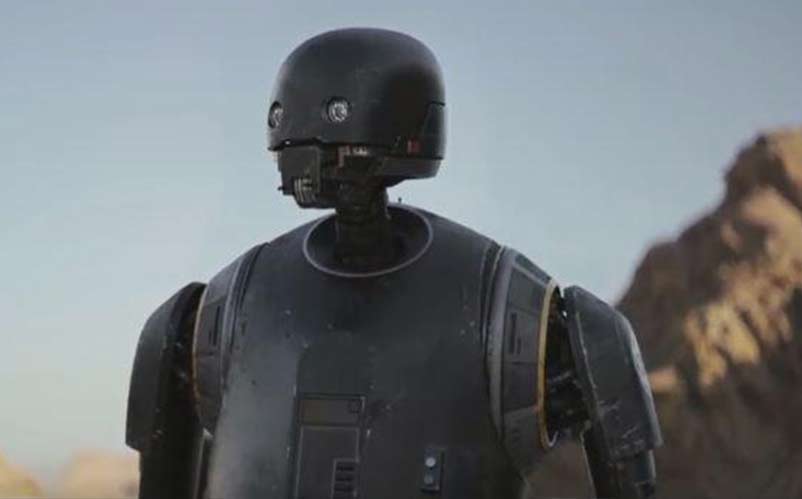 It’s this more mature tone that seeps through every crevice and character, as no one character is pitched to be viewed as a saint. The Empire is as deliciously evil as ever, however, it’s Edwards’ depiction of the Rebels that may cause a few hardcore fans to stir. Rogue One doesn’t shy away from discussing the gray areas between friend and foe, with some Rebels performing dubious actions for the sake of the greater good. It’s a “needs of the many out weight the needs of the few” vibe and it works wonderfully. This not only grounds the Rebels into feeling like the struggling group they are but adds weight to many of the characters actions. It makes the plot at times unpredictable, which is something that Star Wars has always desperately needed to fix.

At the heart of this story is convicted criminal Jyn Erso (Felicity Jones), who through a series of events ends up reluctantly teaming up with the Rebel forces in order to track down the plans of the Death Star. During this trip she is joined by one of the top covert Rebel agents Cassian Andor (Diego Luna), his droid K-2SO (voiced by Alan Tudyk), a pilot named Bodhi (Riz Ahmed), and the outcasts Chirrut (Donnie Yen) and Baze (Wen Jiang). While not every character has ample screentime or fitting exploration, they serve their purposes to the story and help keep the action driving forward.

K-2SO will no doubt be the fan favorite this time around, as the talking droid is hilarious and offers some of the best one-liners in the entire franchise. He’s surprisingly human at times, offering more depth than the one-note caricatures Star Wars is known for when it comes to droids. The other character worth mentioning is Bohdi as he feels like the one cast member whose story had to be cut for time. There are far more emotional moments with him than many may expect, yet the oddest choice is to have his big revelations off screen.

However, the biggest issue this time around is actually on the dark side as the main villain Orsen Krennic (Ben Mendelsohn) is desperately in need of more exploration. His character’s only real driving force seems to be a need for acceptance yet we are never explained as to why or what this would accomplish. It’s great to see a Star Wars villain not be just evil for the sake of it, yet the surface is only scratched this time around.  Mendelsohn does a wonderful job with the dialogue (in fact the entire cast give great performances), but Krennic just needed more backstory to make him truly compelling. 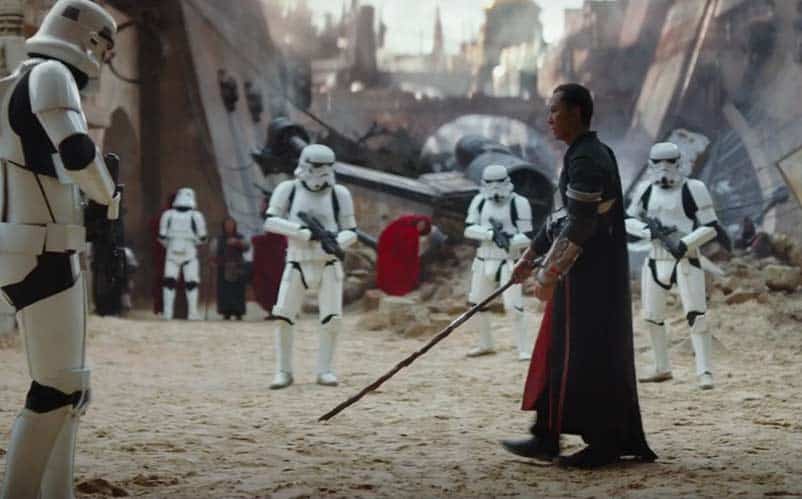 Though the big villain that everyone will be talking about is, of course, the return of Darth Vader who’s reprised once more by voice actor James Earl Jones. Without spoiling anything, just know that his scenes are brief, but are by far the most callous and merciless version of Lord Vader yet. Vader is a terrifying presence and it’s fantastic that Edwards didn’t go overboard with the character’s return.

In terms of other cameos, they are fine with none really feeling too intrusive or deliberate that they break you out of the story. However, there’s a digital recreation of a human character that spends way too much time on screen to the point where he borderline becomes an actual supporting character. This would normally be fine if we didn’t have to digitally reconstruct this character, so the interactions with actual live humans only makes the CGI stand out more.

For action, it’s well done, delivering a nice mix of new and old with a heavy emphasis on showing the cruelty and pain this war can cause. Rogue One is not a movie that shies away from themes like tragedy, loss, defeat, and hopelessness. This allows Rogue One to not only have its own tone but does a nice job of adding more gravity to every firefight and encounter. No one truly wins in war, they either just die or survive which is a message that Edwards takes to heart.

Rogue One is not the best Star Wars movie, but it’s a damn fine film that only suffers from some minor characterization and pacing problems. However, this is a movie that feels more mature in every sense and the directors choice to distance himself away from certain aspects like the famed opening crawl text at the beginning reinforces that. Star Wars is a space opera set in a time period that is influenced by war, while Rogue One is a movie about war that is dressed in the trappings of Star Wars. While this may sound odd, it’s actually the core reason why this film is successful both in story and message.