How RPGs Provided the Necessary Escapism During the Pandemic 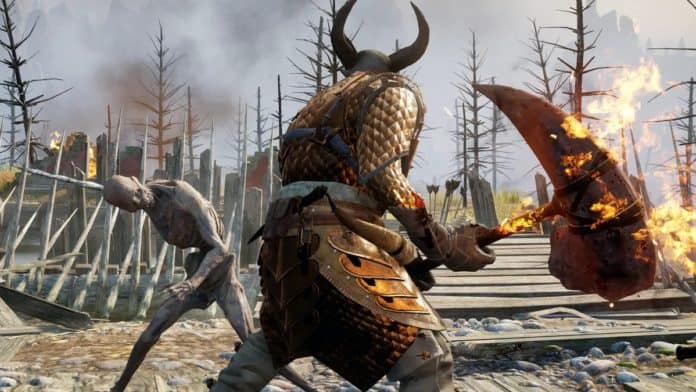 Gaming has always been a form of escapism for me; ever since I played the first Tomb Raider game on my friend’s very old Playstation One, logging into the virtual world and logging out of the real one has been a habit of mine.

Whether it was exams, job interviews or just wanting to spend some time away from life’s unending ‘to-do’ list, gaming has provided the escapism that I’ve relied upon to calm my nerves and help me zone out. Just as much as I relish reading, so, too, do I relish turning on my Xbox One, ready to lose myself within a compelling story.

It’s no surprise, therefore, that RPGs, as well as episodic consequence games such as Telltale’s The Walking Dead, more than qualify as the games of my choice. I’ve happily spent hours losing myself in the worlds of Mass Effect, World of Warcraft, and, of course, Dragon Age.

My Life Before Covid

However, as you might expect, real-life knocked on my door, and I don’t have as much time to game as I did when I was a student. This is in large due to the enjoyment I gain being a busy, proactive person; my normal day-to-day is usually spent in a state of juggling freelance work and researching contracts or signing myself up for various dance classes or running errands.

I’m the type of person that likes to tick off completed tasks, and if I haven’t completed enough I’ll write down some of the things I did just to feel productive.

I didn’t fully comprehend the effect it would have.

Life was time-consuming, but it kept me busy and I generally ended my day with an addictive feeling of accomplishment. Yet the current global crisis has brought a large majority of the world to a standstill, and like many of us when the pandemic hit I didn’t fully comprehend the effect it would have. I knew I could work from home and I knew that, when I managed to, I enjoyed having lazy days and staying inside. The irony is that, after a few weeks of quarantine, all I could do was desperately wish I could go outside.

Part of the problem was that in the back of my mind was a sense that this lockdown would be over soon. I wholeheartedly support staying inside for the safety and benefit of others but I completely underestimated how long this lockdown would last. To add insult to injury I, perhaps foolishly, didn’t realize how the global pandemic would slow down my workload. The result of this inability, or self-preservative resistance to, realize the nature of the situation I was living in led to a damaging concoction of emotions from anxiety to listlessness. In short, I felt unaccomplished, I felt like I was a failure.

It’s easy in these unusual circumstances to feel as though we are responsible for everything that’s happened to us. It’s difficult to be angry at an unthinking, imperceptible virus. No doubt everyone has experienced this or something similar. Researchers at Sheffield University in England and Ulster University in Northern Ireland found that rates of depression and anxiety dramatically increased by 38% and 36%, respectively, the day after British Prime Minister, Boris Johnson, announced the lockdown on March 23rd.

Combining this with the fact that we can’t go outside and vent or be motivated and supported through human interaction makes what I was feeling all too consuming. We are ultimately social animals, despite how much we enjoy our alone time the key factor is that before it was our choice.

Time for Some Dragon Age Then, Yeah? 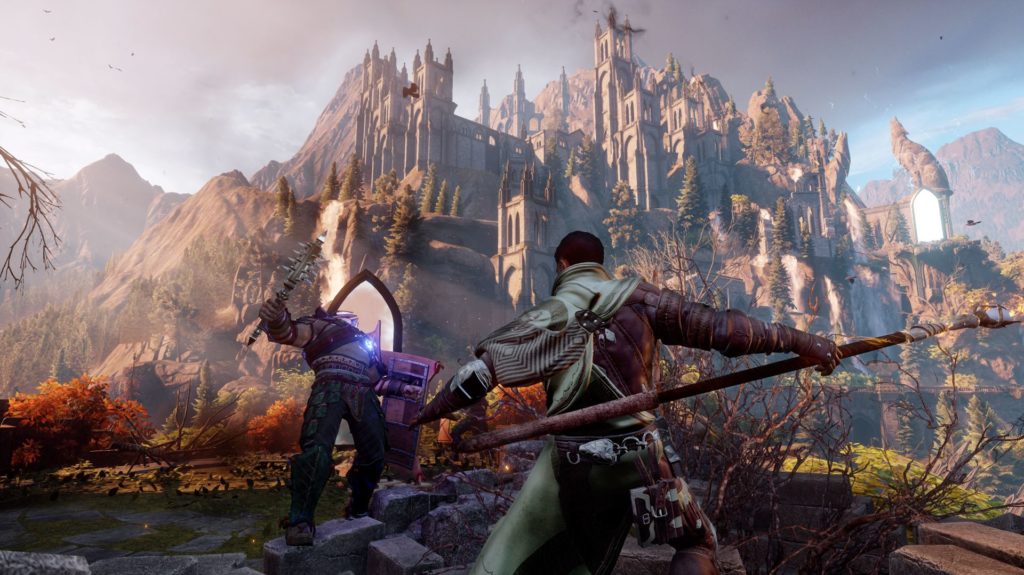 So, entirely letting go of the pressure to carry on as normal, I returned to my age-old coping mechanism and downloaded Dragon Age: Inquisition. Since the first installment, the game series has captivated my imagination since I loaded the first menu screen and heard incredibly distinctive title music, composed by Inon Zur. My eyes were opened to the world of Thedas and the history graduate in me was on cloud nine, spotting all the historical influences and motifs within the game. Being able to place what country in Thedas was inspired by a country in real life was satisfying, to say the least. Though, through a mix of reasons (work/rent/general life, etc), I had never actually completed the latest in the series, Inquisition, and here I was with more time on my hands than ever before. I’d be a fool not to take advantage of the situation.

Creating my character, an Elven archer (how cliché could I get) I set out to become the Herald of Andraste and seal the breach. Committed to finishing the game in its entirety, I knew that this might be something fun to do to pass the time before it was acceptable to go back to bed or, depending on the day, have a glass of wine with my housemates.

But I didn’t anticipate how transformative spending a few hours on the game and losing myself in the world of Thedas would be. Captivating storytelling aside, what I’d found was a sense of satisfaction that I used to gain before the lockdown but now it was from playing the game. In every game you complete a set of goals or tasks, there will be the main overarching story you have to follow but littered at various points of the tale will be a series of side-quests. With every RPG it’s easy to miss some of the smaller tasks but this time I didn’t, I wanted to plow through the seemingly endless puzzles and quests. I’d felt more productive than I had since the pandemic began.

Before I thought the side content would drag but as I sat in my living room with nowhere to go, my character was endlessly traipsing through the lush forests of the Emerald Graves or riding over the sand dunes of Western Approach. It’s safe to say it’s a nice change from the reality of my situation. 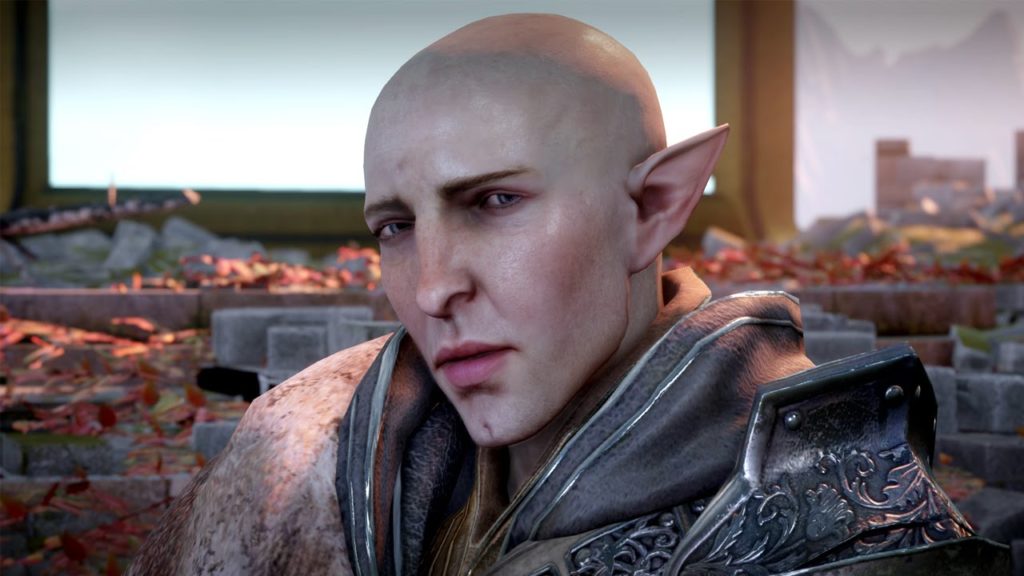 Conversation with the various characters of the universe was also welcoming as I, in turn, integrated with them and I appreciated the variety of personalities the creators of the franchise had made with this installment (more so than before). Although I couldn’t not look for the double meanings in what Solas said and any mention of the Hero of Fereldan and Hawke, my characters in the first two games respectively, always brought a smile to my face (I’m a sucker for nostalgia).

In short, being able to let go again and escape from the plethora of news articles and mentions of Covid-19 has improved my mental health for the better. I am more relaxed, more willing to see how the day goes and I have a clearer mind to help me focus on my freelance work.

Through gaming, I can find the productivity that was missing and enjoy the feeling of proactivity that my brain was desperately in need of.

It’s also improved how I operate in quarantine, outside of the virtual world; I now take up the opportunity to exercise, which my mental health had prevented me from even considering at all. I relish the opportunity to zone out as I jog in my local park and let my imagination take over – creating stories of my own. It’s almost as if the games have ignited my storytelling tendencies as I find myself returning to writing for fun, something I would have felt I’d never have time for.

It’s even spurred me on to think about my future after the pandemic is over. I find myself looking ahead and considering where I want to travel, where I want to live, and what I want to do. Before I wanted everything to go back to normal, and now I’m eager for something new when this is all over. I’m no longer weary. 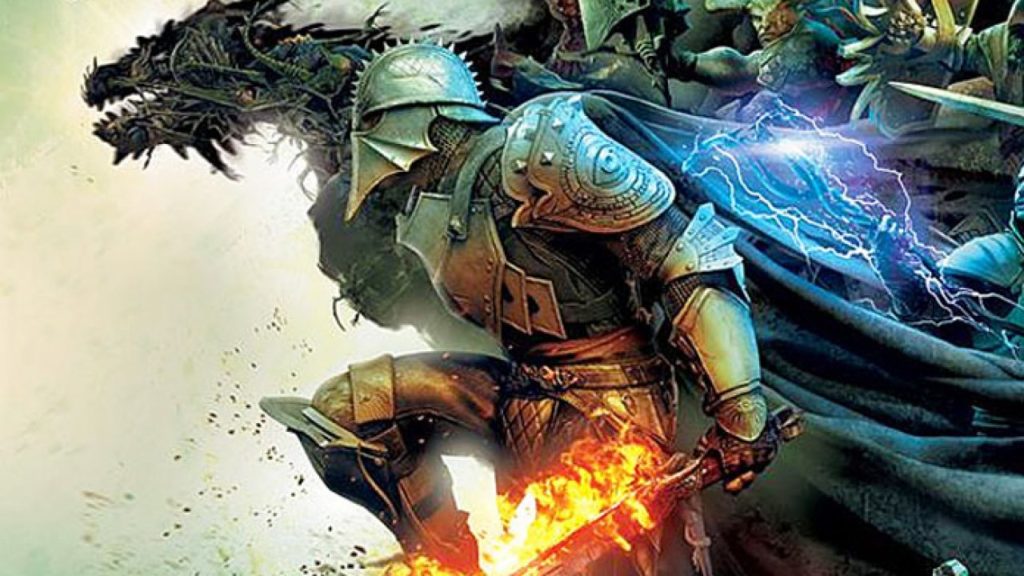 The rational side of my brain knows that the lockdown will have to last a lot longer for the UK (and the U.S) to get through this. But that thought isn’t so much of shock now that I’ve now found a method of coping with its effects on my mental health and I couldn’t possibly be more grateful than I am. Here’s hoping that we won’t still be in quarantine when the next installment of the series arrives.