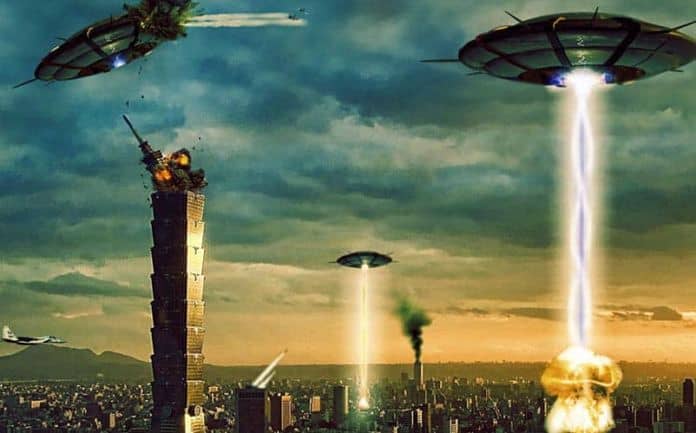 Another sci-fi book is tearing up the TV and movie rights market before it has even released to the public, as J. Patrick Black’s Ninth City Burning is grabbing acquisition attention.

According to Tracking-Board, Black’s novel — his first, by the way — is seeing potential from buyers for both a Ninth City Burning movie and a TV series, although it’s not being shopped as either, specifically.

The story is set five hundred years into the future on Earth following a devastating alien invasion. In the book, there’s a “universe-altering” weapon, which is called thelemity, that only a few talented beings are capable of using. These people are trained in elite military academies, and are sent to the frontlines to fight the planet’s war of attrition. Anyone who refuses to fight in the war has been exiled to the wilds of a ruined Earth. With a new invasion looming, humanity’s last hope will fall to an unlikely group of allies, including a young and reckless military cadet, a factory worker whose only job is to be a meat bag, a reluctant adept of the power, a nomadic outlaw, and a brilliant scientist who has nothing left to lose. The team will face a war that has changed their planet forever.

“This thrilling debut marks the arrival of a major new talent,” said Ace’s Senior Editor, Jessica Wade. “Ninth City Burning has unforgettably strong characterization, storytelling with amazingly grand scope, and a seamless melding of science fiction and fantasy elements. It will really speak to fans of both classic science fiction novels, like Ender’s Game, and modern, like Red Rising.”

The Ninth City Burning release date is set for sometime in September 6, 2016. We’ll hold off on adding it to our mega list of the upcoming sci-fi movies until we have something official. Until then, we’ll continue to follow the movie/TV series situation closely. For now, you can pre-order the book here if you’re interested.