Science fiction and fantasy have traditionally been overwhelmingly white fields, with white men in particular routinely dominating bestsellers lists and winning the majority of awards. Thankfully, the times are changing. More than ever, Black authors are starting to get the attention they deserve as they breathe new life into the genres.

If you look at your list of favorite books and see a distinct lack of Black authors, don’t be alarmed: we are here to help. There’s something for everyone on this list of ten essential sci-fi and fantasy novels by Black authors that is sure to have you coming back for more. 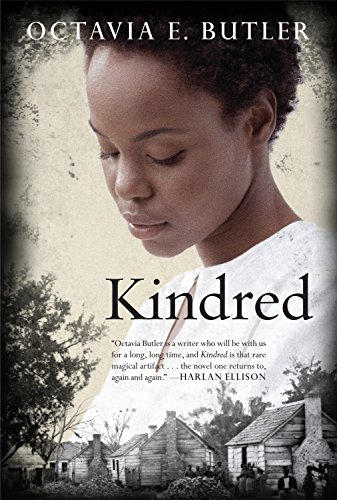 If you’ve read just one sci-fi novel by a Black woman, the chances are high that it was one of the many incredible works of the late Octavia E. Butler. Famous for being the first science fiction author to receive a MacArthur Fellowship (more commonly known as the Genius Grant), Butler wrote stories and novels that continue to captivate readers old and new, now fourteen years after her death. Kindred, arguably her best-known novel, follows a young Black woman living in 1970s California who finds herself traveling back in time to a pre-Civil War plantation in Maryland. It tells a fascinating, often heartbreaking story that looks at complicated matters of race with sophistication that few novels ever have. 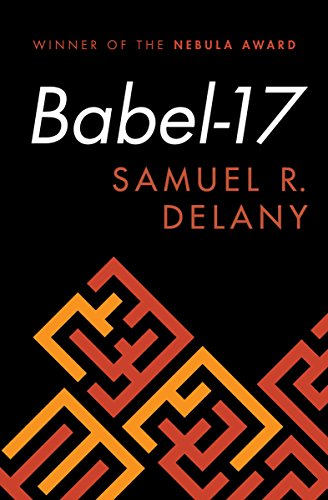 It was hard to be a black science fiction writer in the 1960s, and even harder to be a black science fiction writer who happened to be gay. Samuel R. Delany is responsible for many classics of the genre, including Dhalgren and Triton. If this is your first foray into Delany’s bibliography, however, we strongly recommend you start with the Nebula Award-winning Babel-17. The novel expertly plays with linguistics and science fiction in a world where language can be used as a weapon and features one of the all-time great underrated sci-fi protagonists in the linguist, poet, telepath, and starship captain Rydra Wong.

‘Brown Girl in the Ring’ by Nalo Hopkinson 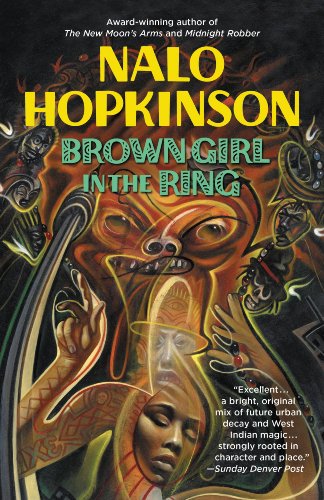 Nalo Hopkinson’s debut novel Brown Girl in the Ring mixes Afro-Caribbean culture and magical realism in a truly unique setting. Set in a dystopian Toronto following a major economic collapse, the novel will especially appeal to readers who like the darker side of science fiction.

It’s not really cyberpunk, but it has that sort of world, where the economic disparity and abject poverty of many of the major characters colors everything about what the characters go through. Few debuts in science fiction and fantasy carry the emotional and sociological weight so expertly as this wonderful novel. 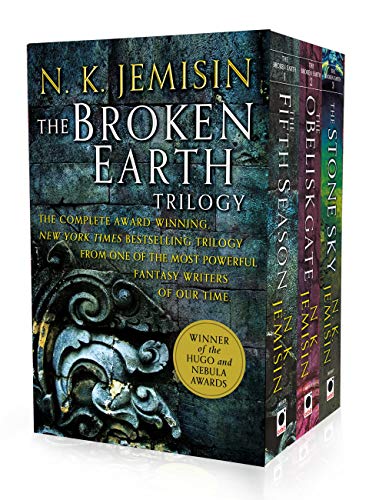 Post-apocalyptia is generally associated with science fiction, but N.K. Jemisin’s revolutionary Broken Earth trilogy feels more like fantasy than your traditional end of the world fare. The simple explanation is that in a world where the planet is routinely devastated by cataclysmic events known as “seasons,” those with the power to manipulate the world around them are tasked with keeping humanity from being completely swallowed up by their harsh environments. Unfortunately, those with the gift are also treated as subhuman by those who they are dedicated to protecting. The Broken Earth trilogy, starting with The Fifth Season, examines the realities of race in a way that we’ve never seen before, which is why new readers are being drawn in every day by the uniqueness and poignancy of the story. 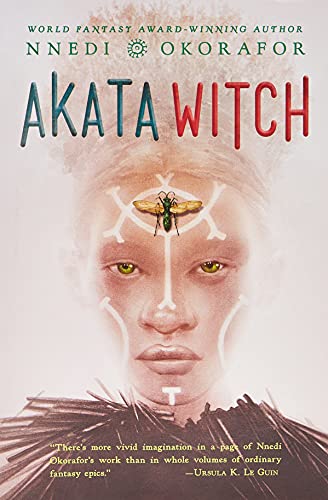 Nnedi Okorafor’s Akata Witch has been favorably referred to as an “African Harry Potter,” but this is an overly simplistic comparison that does the nuance of Okorafor’s work a disservice.

The story follows Sunny Nwazue, a Black girl born in America who lives in Nigeria. She’s a fantastic athlete but is forced to stay indoors because she is also an albino. Things change for Sunny when she discovers that she has magical powers, in the first novel in an ongoing series to which no mere blurb can truly do justice. Whether you’ve been a longtime reader of YA fantasy or just want to give the genre a try, you should absolutely read Akata Witch.

‘My Soul to Keep’ by Tananarive Due 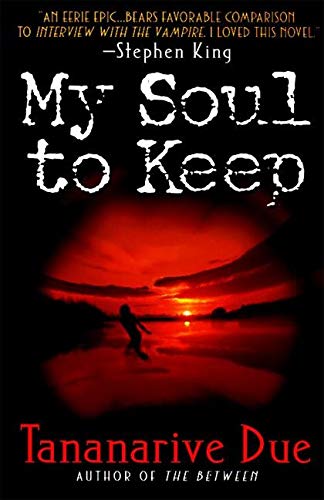 For those who like urban fantasy and want something a little darker, look no further than Tananarive Due’s My Soul to Keep. The first in Due’s African Immortals series, My Soul to Keep is a brilliant novel involving a 400-year-old Ethiopian sect that trades their souls for immortality, a secret that David can’t allow to get out. It has been compared favorably to novels like Interview With the Vampire, and for good reason. If you need a vampire fix, this series will satiate you. 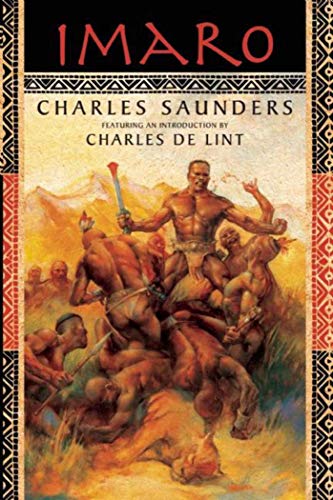 One of the earliest examples of a Black author tackling the sword & sorcery subgenre, Imaro is the first in a series of four novels set on the fictional continent of Nyumbani. The novel was compared favorably to Edgar Rice Burroughs’ Tarzan series, as the story follows the titular Imaro as he fights to be accepted back into his tribe after being abandoned because of a cultural taboo. It is ultimately a novel about finding one’s identity but is enjoyable as just a great fantasy adventure. It is not as dense as some of the other novels on this list, but is just as enjoyable.

‘Children of Blood and Bone’ by Tomi Adeyemi 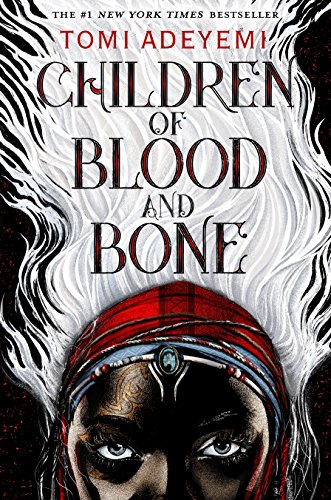 Children of Blood and Bone is set in a world where magic users are brutally suppressed, following the story of a young woman named Zélie Adebola as she attempts to restore magic to the kingdom. It is a really impressive debut novel that draws from Yoruba culture and West African mythology in a coming-of-age story that has no business being as good as it is for a first novel. If you enjoy YA fantasy with a bit of heft, it is an absolute must-read.

‘The Sorcerer of the Wildeeps’ by Kai Ashante Wilson 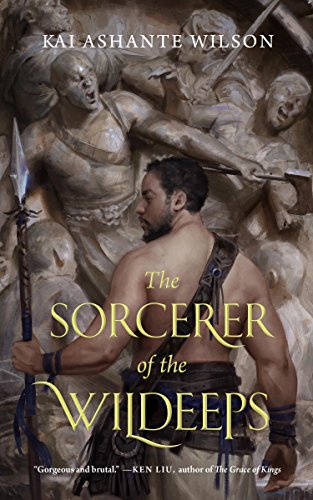 The Sorcerer of the Wildeeps
$3.99
Buy it on Amazon

An incredible tale that features demigods and necromantic terrors, Kai Ashante Wilson’s The Sorcerer of the Wildeeps is something to behold, especially for lovers of epic fantasy. It may not be for everyone, as the use of language blending modern with sort of traditional literary language takes some adjustment, but it’s the sort of unique reading experience that stick with readers despite its brevity. For literary fantasy that really challenges you, look no further than The Sorcerer of the Wildeeps. 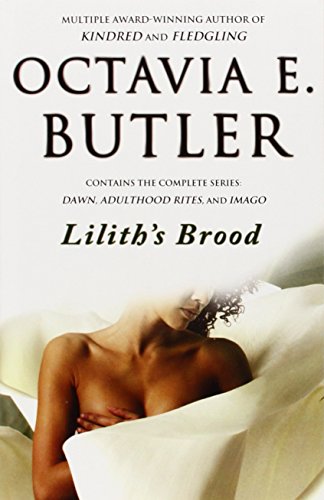 It’s impossible to pick just one Octavia E. Butler novel to recommend among all of her legendary works, so we simply didn’t. Lilith’s Brood is a trilogy of novels that deals with humanity’s survival of a nuclear apocalypse with the help of an alien species called the Oankali.

The series examines sexuality, race, and gender in thought-provoking series that will have you thinking about it for years after you read it. Lilith’s Brood is one of many examples of why Octavia E. Butler is widely regarded as one of the best science fiction writers ever.