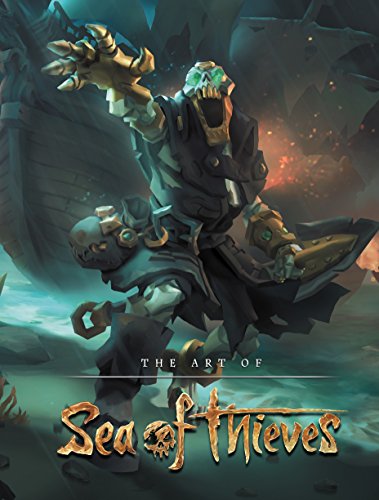 Despite Sea of Thieves being delayed until 2018 and still with no concrete release date, Dark Horse has announced the art book for the game. For the game you haven’t had a chance to play yet, you can get what might be called a preview of the game’s development. 200 pages of preview, to be exact.

The Art of Sea of Thieves gives you “an unprecedented look at the ships, characters, and loot” from the game. There are over a hundred pieces of art featured in the book with plenty of explanation and commentary from the game’s creators.

This art book is available now and you can find it at Barnes and Noble or on Amazon. The latter probably isn’t a hint at a release date, but I’m not sure how they expect to sell an art book for a game that isn’t even out yet. Hype alone is not enough, some of us learned the lesson No Man’s Sky taught.

Nonetheless, Sea of Thieves does look like a great game. A few lucky folk have been playing the closed beta and we saw those gameplay videos for the past two E3’s now. They sure sound like they’re having fun, and the concept certainly lends to supporting that theory.

Sea of Thieves is an online multiplayer where you are a pirate and you do pirate things: you search for treasure, fight off the undead (as one does), raid other pirate ships for loot, and drink so much the game gets a bit blurry. It sounds like there couldn’t possibly be a better way to spend an evening with friends.

That said, we have yet to see any flaws with this game. Would the concept get boring? How much fun is sailing, really? How big is the world you can explore? There are far more questions than answers and it is unlikely an art book will answer them.

However, an art book coming out at all might be a sign that the game will soon get a release date. At the very least, you should be able to play the game before you set your heart and money on an art book.