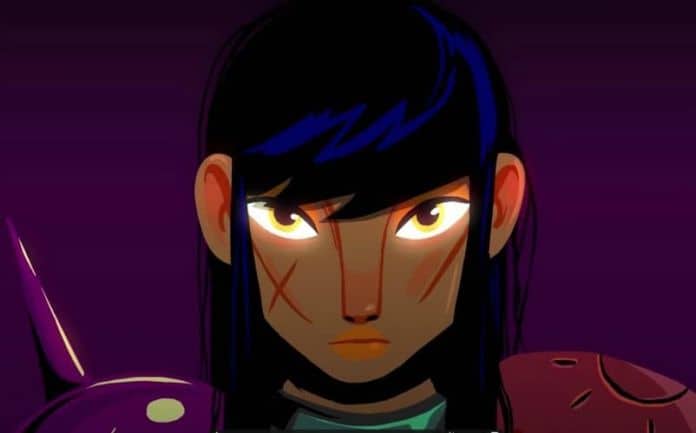 I recently played Severed, now available for the iPad, PS Vita, Wii U, and 3DS; a game developed by Drinkbox Studios, most known for Guacamelee!.

In Severed, you play as a one-armed warrior named Sasha who is on a quest to find her family. Sasha must adventure through dungeons in an alternate, dark world: slashing her way through monsters (quite literally) and solving puzzles. The gameplay centers on walking and turning the camera angle, to change direction or face a different enemy.

Aside from solving fairly simple puzzles, players must budget their time wisely when in combat. Each monster you face has a circular meter and when that meter fills it will attack. Players can stop all attacks with the proper timing. The challenge of Severed lies in switching between monsters when facing a large group of enemies. 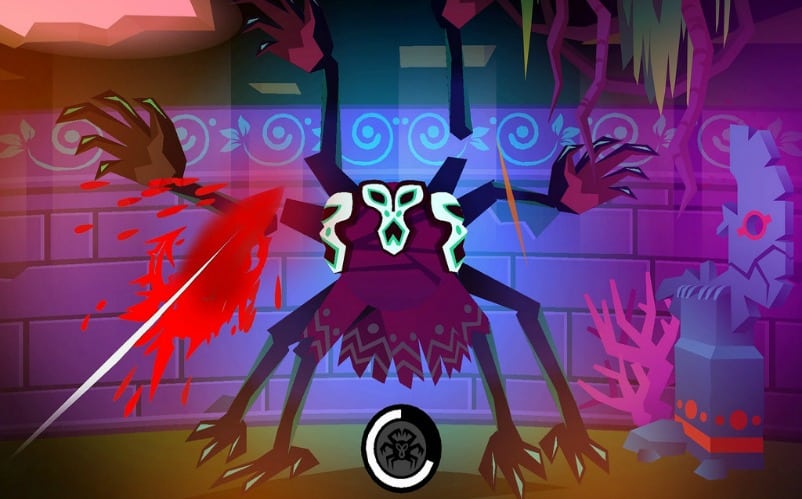 Severed is more than just a game to me; it’s a milestone in my gaming history. Severed is the first game where the lead character resembled both my race and gender. 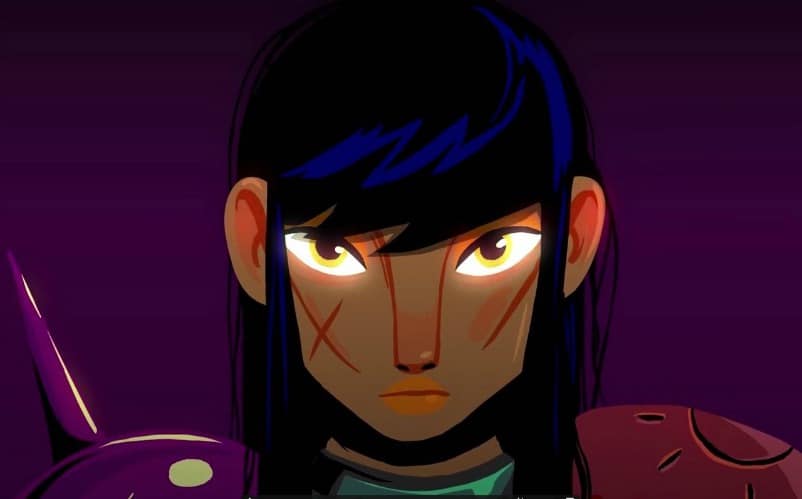 While Sasha’s race is never explicitly said, one can infer she is Latina based on her skin tone, attire, the game lore, and the artstyle.

By this I mean, the vibrant colors and monsters are reminiscent of Mexican folkart. And the focus on death and eeriness feels like a folktale.

While I found Severed’s gameplay to be a little monotonous, the story won me over and moved me in unexpected ways. I discuss this, a bit, in my recent piece (read here: Gaming as Self-Care: coping with Depression and Anxiety). Severed’s underlying themes—about pain, love, and the toxicity of rage—are universal. But I have to admit, part of my appreciation for this game comes from my own identity. I relate to Sasha more strongly because she looks like me: we have the same skin tone, the same black hair. And just like that, I feel a little more connected to the game I’m playing.

Suddenly, Sasha’s story is mine: the silent, hurt, warrior. I think of all my mental health struggles… how much it feels like a grind. And I am reminded of Sasha slaying monsters over and over again as she ventures through, what feels like, the same dungeon again and again. I think about how Sasha uses the husks of fallen bosses to craft herself armor, and am reminded of my own badass-ness.

Seeing yourself in characters

Of course, this connection isn’t news. One reason we push for representation is so that games can be as diverse as our gaming community is. But before I played Severed, I always thought about seeing yourself represented in video games as most impactful to young audiences. I picture little girls being able to see themselves in powerful, dynamic characters. Yet here I was, 22 years old, finally having an experience so many before me have had—an experience everyone deserves to have: a lead character that looks like me. Not just a character the developer let me design myself or let me select from preset avatars. This is not to say I don’t appreciate these game options.

The fact that Sombra is the latest Overwatch hero is awesome. 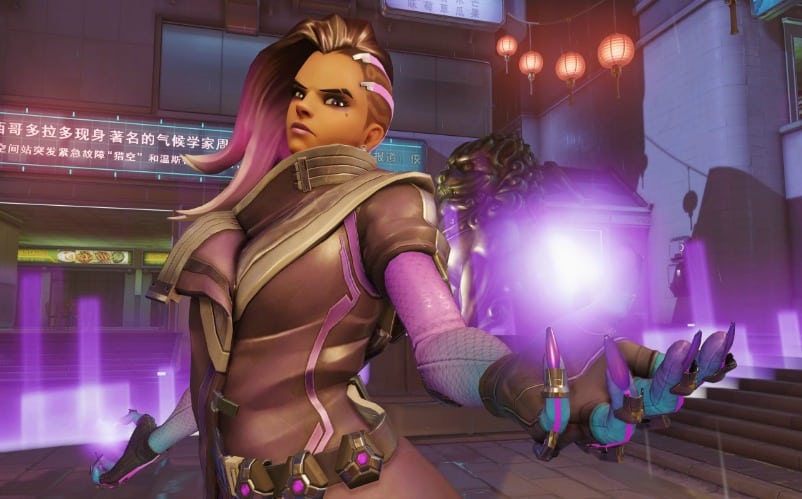 And, anyone who knows me knows I am obsessed with my Pokemon Sun and Moon avatar: which looks exactly like me (but cuter because it’s cartoony). 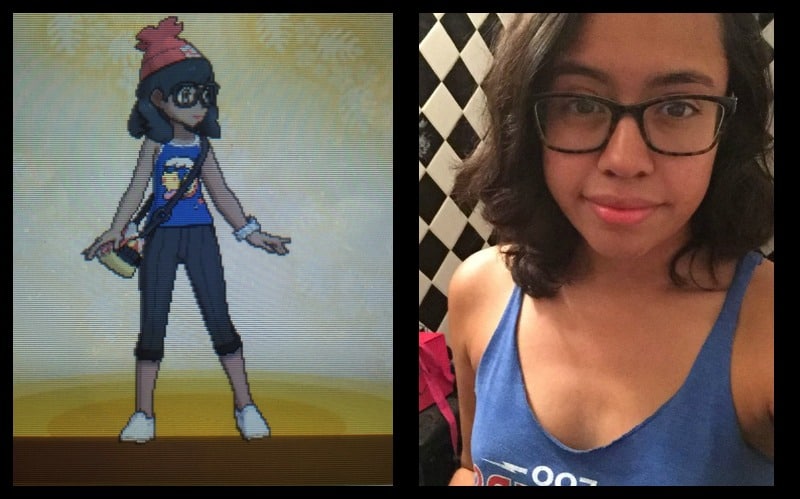 But, with Severed, it was all me automatically; no customization had to be made.

The optimist in me thought, “surely I’ve missed some games with Latina leads.” And I’m sure I have. Severed isn’t the only game with a Latina lead character, but it’s definitely one of the few. I asked around several gaming circles and no one could easily come up with characters who fit all three criteria I was looking for: a character who is female, latino (presumably), 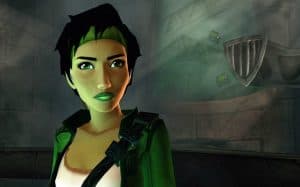 and the lead. Those I spoke with came up with a few examples: such as Zoe Castillo from The Dreamfall Chapters and Jade from Beyond Good and Evil (who some say could be afro-latino).

It seems that brown girls are often left as racially ambiguous, a double-edged sword to say the least. There’s certainly a need for accurate and diverse racial representation. Many people identify as multi-racial and/or having several ethnicities. In this sense, racial ambiguity can be a positive. Not only does racial ambiguity help a wider range of people of color (POC) identify with a character, it also acknowledges the diversity that exists amongst different POC. The con, however, is that when race/ethnicity is not directly acknowledged our representation becomes vague. We can assume who we are on screen, but rarely know for sure.

Now, not every game needs to be story driven but I’ve played some inspiring games that are. For instance, Never Alone is a personal favorite of mine and an excellent example of how race can drive story is a respectful/meaningful way. “Never Alone (Kisima Ingitchuna) is the first game developed in collaboration with the Iñupiat, an Alaska Native people. Nearly 40 Alaska Native elders, storytellers and community members contributed to the development of the game. Play as a young Iñupiat girl and an arctic fox as they set out to find the source of the eternal blizzard which threatens the survival of everything they have ever known,” as stated on their official site.

My favorite feature of this game are how the in-game collectible owls can unlock videos in which the members of the Alaskan native community discuss their culture, values, and environment; these snippets also include game footage to help the player see how these cultural influences manifest themselves in the game.

Before playing Never Alone, I didn’t know anything about Iñupiat people and, I admit, I still don’t know much. You’re never done learning about or connecting with a group of people. And frankly, I still have a lot to learn about my own culture. But what is art if not a way to be understood? A way to get an idea across?

It’s not that Severed made me feel more understood as a Latina, but it did make me feel seen and powerful. For once my narrative was the only narrative. And it was all the affirmation I never knew I needed.